Why Immigration Controls Can’t Bring Your Job Back

All over the western world, anti-establishment movements are pushing for immigration controls. They argue that immigrants from developing countries are willing to work for too little and there are too many of them. Because there are so many and they are so cheap, these immigrants take jobs which might otherwise go to native-born westerners. The workers who support immigration controls are right to point out that they have not been receiving a fair shake in the last few decades, but this is not due to immigration–it’s due to capital mobility.

In the last half a century, there has been a dramatic increase in “capital mobility”–the ability of investment to move across national borders. Capital mobility allows investors and employers to play countries off one another and force them to compete for investment and jobs. If you raise taxes on capital gains or corporate income, or if you try to protect the rights of your workers, investors and employers can take their capital elsewhere. We’ve increased capital mobility by eliminating capital controls, which once allowed countries to prevent this exodus of investment. We’ve also lowered trade barriers between countries, making it cheaper to make goods and services in poor, low-wage countries for sale in rich, high-wage countries. These forces have pushed western countries into a race to the bottom on taxes, regulations, and wages, frustrating working people. The reduced tax base has led to endless rounds of austerity, diminishing the quality of western workers’ public services. They are right to be ticked off about it. 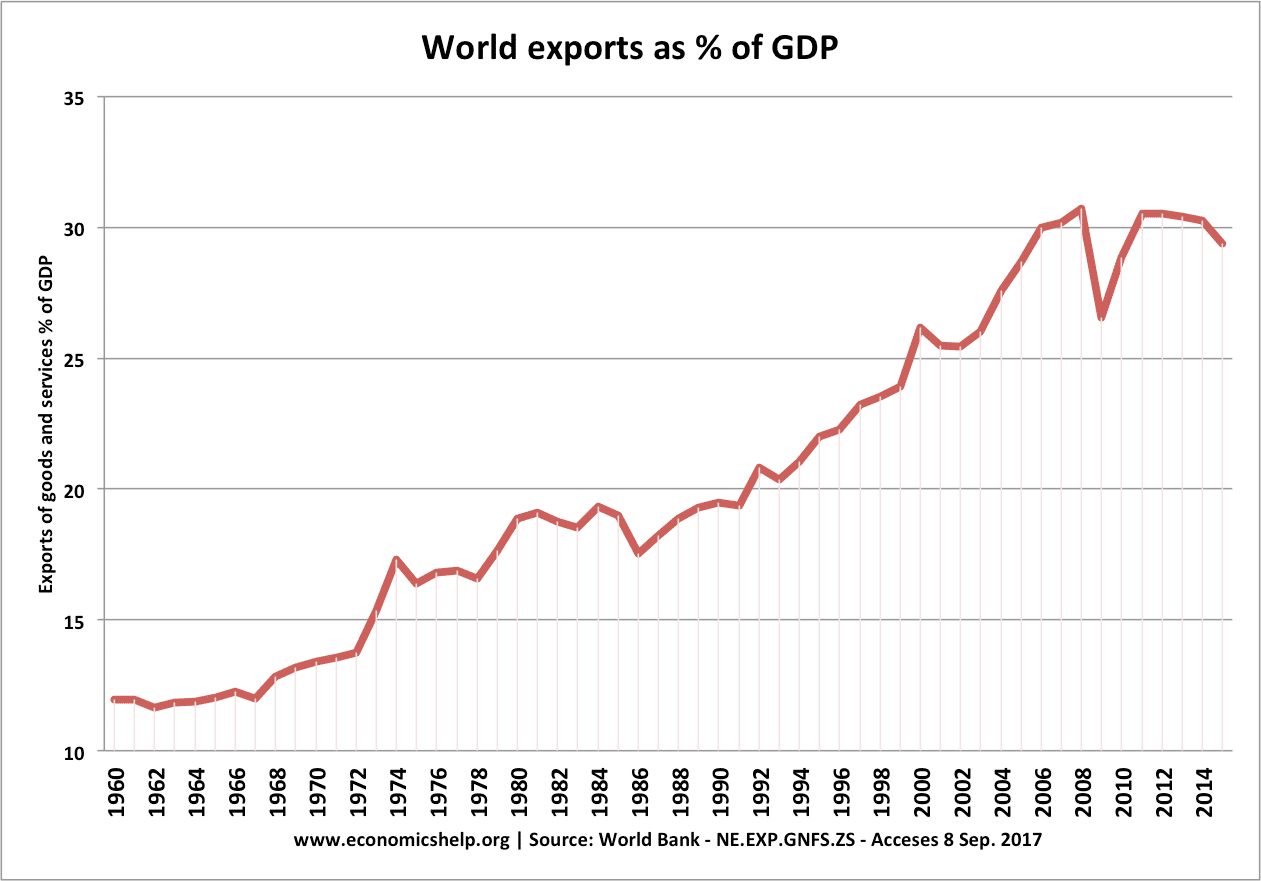 The thing is, they think the cause is immigration. Now, what is immigration? It’s labor mobility. When we allow a lot of immigration, we allow workers to move across borders alongside capital. This means that if a worker doesn’t like the wages, regulations, and public services of their country they can move somewhere else. Imagine a borderless world where workers could immigrate as easily as capital moves across borders. If workers could move as easily as capital, they’d have some leverage–states would have to defend their rights, wages, and public services to prevent them from leaving. Within the European Union, we see some of this. Eastern European countries don’t offer the same quality of life to their workers as their western counterparts:

Because the EU allows free movement, these workers can leave, and millions of them have done so:

The Eastern European countries are hurt by this emigration–it’s damaged their economic growth:

The trouble is twofold:

It can be tempting to think that immigration controls in the rich western countries could be helpful here–if people from middle-income countries are coming to your country because their countries aren’t taking adequate care of them, you might easily imagine that their arrival would increase competition for jobs and demand on public services in rich countries.

But the story is more complicated than this. If we were to restore strict immigration controls, this would force immigrants to stay in their home countries. If they can’t leave, they can’t threaten their governments with emigration. Without the threat of emigration, their governments have no incentive to make their countries more attractive to their workers. Poor and middle-income countries need to improve their wages, worker protections, and public services to entice their workers to stay. If their workers have to stay regardless, they will make no effort. And remember, capital mobility is high. If these low-wage countries have a healthy supply of workers, investors and firms are more likely to relocate their capital to them.

So western workers are much better off taking these immigrants and legalising those immigrants who are presently undocumented–the playing field is most level when the workers you’re competing against have the same legal rights you do and can’t undercut you thanks to weak wages and poor labor laws.

The real problem isn’t the immigrant worker–it’s the unfettered capital mobility which forces western workers to compete with workers all over the world who don’t have the protections western workers have and can be hired for much less money. This capital mobility is what wrecks your public services–it forces western states to repeatedly cut taxes and slash benefits to stay competitive and avoid capital flight.

What can we do about capital mobility? We have two choices:

It’s very difficult to go backwards in politics, to make the world the way it used to be. We probably can’t put the capital mobility genie back into the bottle. Strict immigration controls will reduce labor mobility–they’ll only make the negative consequences of capital mobility worse. The only way forward is to stop the race to the bottom and start a race to the top by empowering regional unions and international institutions to compel poor and middle-income states to adopt the strong tax, wage, and labor protections of their rich counterparts. Free trade only works when we don’t cheat, and to prevent cheating we need someone to enforce a set of rules. For too long, international trade has been a wild west, and workers have paid the consequences. We can’t undo economic integration, but we can create the accompanying political integration necessary to make free trade work for everyone.