John Kasich has joined the presidential race, so it’s time for another candidate evaluation. I’ll be looking at Kasich’s background, policy history, and explicit statements to determine whether or not he would make a good president. I won’t be paying attention to electability or likeability, as is often common elsewhere on the web.

This is John Kasich: 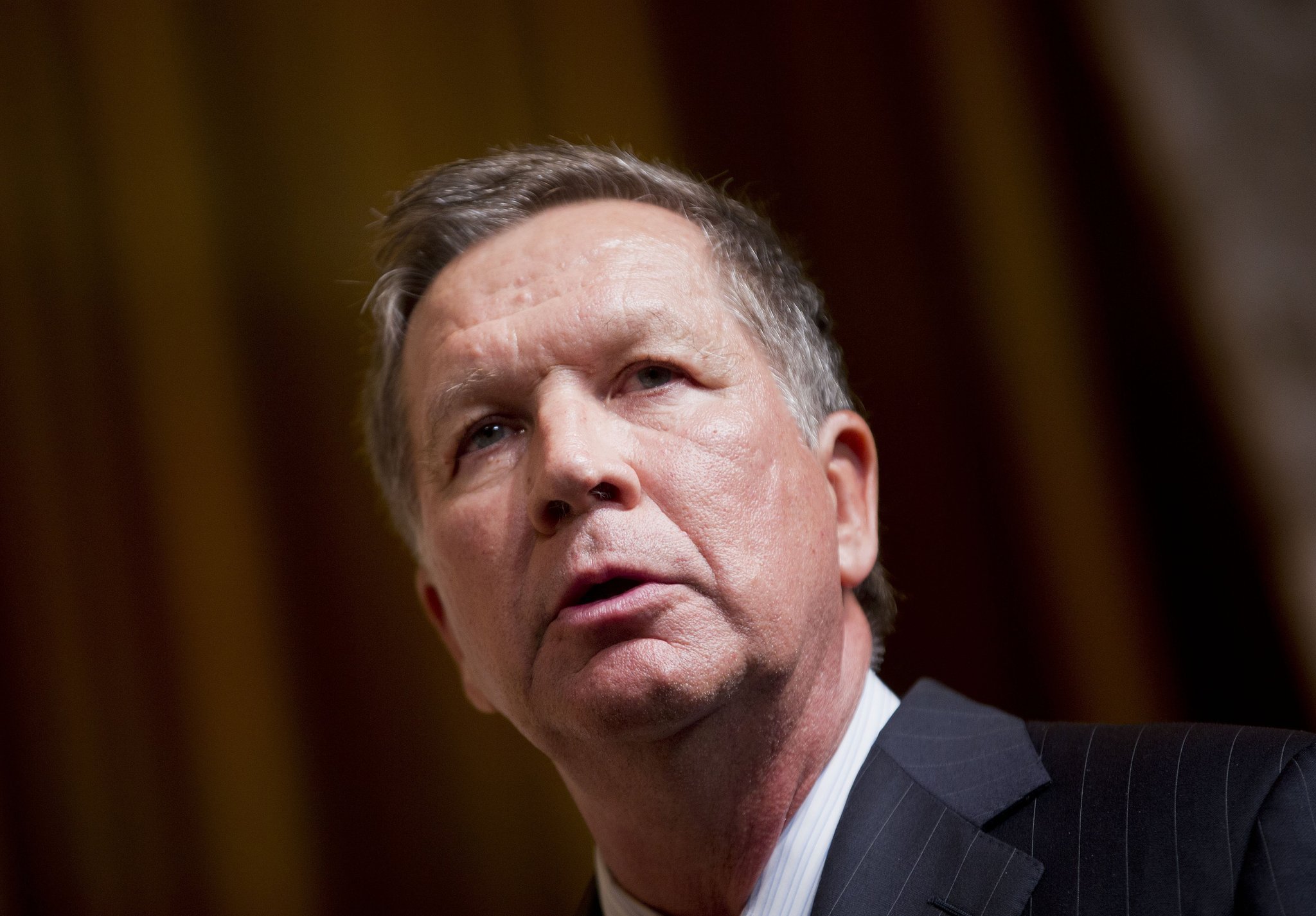 Kasich has a BA in political science from Ohio State. He did not attend graduate school. In 1970, he wrote President Nixon a letter of admiration and managed to score a 20 minute meeting:

After graduating, Kasich worked as an assistant for Ohio State Senator Buz Lukens. (Years later, Lukens was convicted on bribery charges, though Kasich appears unconnected.) In 1978, Kasich was elected to his own Ohio State Senate seat. He was the youngest person elected to the state senate at 26. In 1982, Kasich was elected to congress. He remained in that office until 2001. In 1999, Kasich tried to run for president but dropped out due to fundraising challenges. He eventually endorsed George W. Bush. In the 2000’s, Kasich published books and worked for Fox News. In 2010, he was elected governor of Ohio in a close race (49% to 47%). In 2014, he was reelected by a far larger margin (63% to 32%).

Kasich is the third candidate to have served in both congress and as a governor (the other two are Jindal and Chafee). This means we can investigate his record in both roles.

As a congressman, Kasich was quite right wing:

By the time the Iraq War started, Kasich was already out of congress. He claims he would not have authorized the war. I can find no evidence that Kasich said anything for or against it in 2002 or 2003. In 2015, he does support sending troops back to Iraq to fight ISIS.

Kasich believes he was chosen by god to save Ohio:

It’s like what’s-his-name told the hobbit. What’s that guy’s name? Gandel? Gandorf? Gandalf. Do you remember what he told the hobbit? ‘You’re a very fine fellow, mister hobbit, But this is a wide world, and you don’t think all these things happen by accident.’ And I don’t think it’s an accident that I got into this job.

Has Kasich saved Ohio? Let’s look at the figures.

Ohio has been lagging the nation on jobs since 2005, when Governor Bob Taft (a republican) cut taxes on the rich and businesses:

While Kasich can claim that Ohio’s figures have improved since he took office in 2011, he has not been able to close the gap with the national average.  Nor has Kasich managed to close the median wage gap:

Indeed, Kasich has arguably tried to push Ohio’s wages down further–he attempted to pass anti-collective bargaining legislation similar to the laws that were enacted by Scott Walker in Wisconsin. The difference is that Kasich’s legislation was defeated in a statewide referendum while Walker’s legislation was passed. Kasich’s legislative defeat makes him less popular than Walker among republicans, but it has also helped prevent Ohio from performing as poorly as Wisconsin has.

ASU and Business Insider have both put Ohio at no better than the middle of the pack for job growth (29th and 25th, respectively). Why has this happened? While tax cuts can encourage growth, they can also encourage state governments to cut spending. Kasich has done his fair share of austerity:

Spending cuts take money out of the pockets of consumers. No matter how low the tax rate is, businesses and wealthy people will not hire more workers if the goods and services they already produce are more than enough to meet the needs of the market. Taking GDP into account, Kasich’s biggest year for cuts was about the same as Walker’s:

Ohio has been mediocre despite a couple significant advantages that Kasich has little to do with. It has 9 counties that have played a role in the fracking boom–these counties produce jobs at much higher rates than the national average:

Ohio has also benefited from President Obama’s bailout of the automotive industry, which saved Ohio  17,000 jobs.

Given that Ohio’s job market was more deeply depressed than the nation’s and that Ohio benefited from fracking and from the auto bailout, we should expect Ohio to outperform the nation in post-recession job creation. Instead Ohio’s figures have been mediocre:

They would be worse if Kasich had been able to enact anti-union legislation and taken yet more money out of the pockets of Ohioan consumers. Insofar as Ohio is better off than Wisconsin, this is only because Kasich is a less effective politician than Walker.

In recent years, Kasich has taken a variety of additional positions:

On Obamacare, John Kasich is clearly the best GOP candidate, and he’s more moderate on climate change than most. On foreign policy, he’s taken the wrong side on Iran and ISIS but he’s been far less aggressive in criticizing Obama’s foreign policy than many other republicans have been. That said, on economic policy there is nothing that distinguishes him from Scott Walker aside from the fact that Walker succeeded in passing laws Kasich failed to pass. Think of him as Walker with a few marginal improvements–enough to make him discernibly superior to many of the other GOP candidates, but not enough to make him a compelling choice by any means.