Coronavirus and the Fable of the Bees

Coronavirus puts elected governments in a sticky situation. If they appear to fail to solve the public health crisis, they will lose the next election. If, in the process of solving the public health crisis, they create an economic crisis, they will also lose the next election. They’re stuck between a rock and a hard place. It all reminds me of Bernard Mandeville’s “Fable of the Bees”. Mandeville’s bees live luxurious, decadent lives, and their drive for ever greater pleasures pushes them to build an extraordinarily elaborate economy to keep up with their excesses. One day, a divine intervention rids the bees of their vices, leaving them full of modesty and virtue. But this collapses demand and destroys the bees’ economy, annihilating their living standards. The fable serves to highlight one of the paradoxes of capitalism–the welfare of the poor becomes dependent on the vices of the rich. If the rich stop spending money on frivolous nonsense, the poor lose their jobs and go hungry. 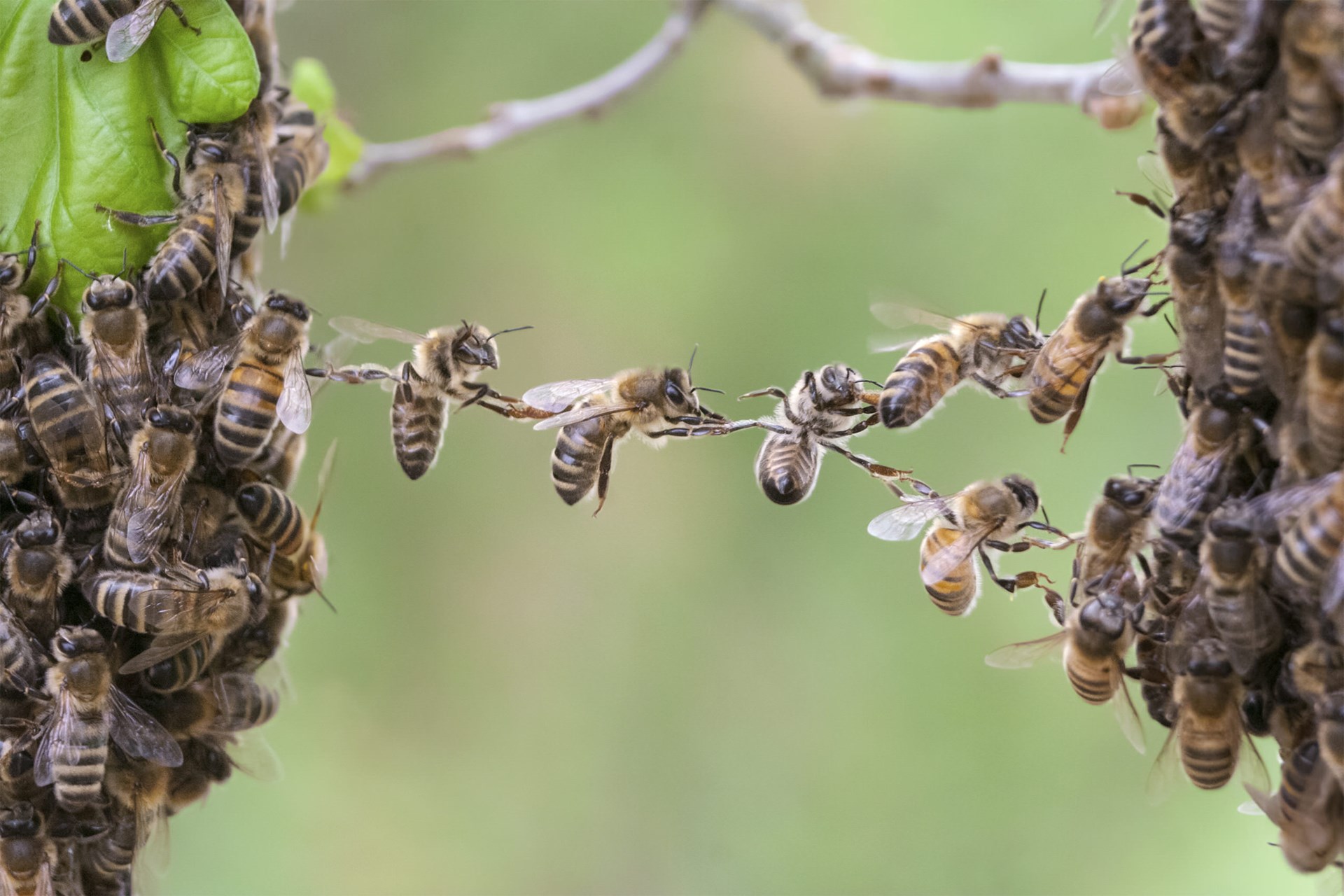 Mandeville’s fable is often taken to be a straightforward defence of vice, but that’s not the most interesting reading. This is a real paradox–our system needs to produce genuinely bad behavior to function. We have built an economy that works by making us into bad people. Our economy constantly produces advertising and popular culture which pushes us to indulge our desires ravenously. The economy even exploits any guilt or shame we may feel about our behavior, pushing “ethical” consumer goods and “sustainable” lifestyle choices on those who find these things attractive. Of course, even “ethical” consumption is consumption–it leaves a carbon footprint, it requires the labor of many poorly compensated workers, and it feeds into and exacerbates our individualistic grasping. No one is immune to this. The system exploits every opportunity to make us feel insecure, to make us feel as if we lack something, and it is constantly looking to sell us ephemeral, transitory remedies. It makes us feel bad about ourselves, and then it pretends the useless garbage it creates will make us feel better. We stay on an amusement treadmill, hiding from our perceived inadequacies, drowning out negative thoughts with fanciful experiences.

If we want to be better people, we’d need a different system. The trouble is that we can’t seem to think of one that feels realistic to enough of us. Even Bernie Sanders can’t convince people he’s realistic, and all he tried to do was give us the same kind of healthcare and education systems which already exist abroad. Mandeville couldn’t think of a realistic path to something else either, and in the fable of the bees he uses divine intervention as a device to get from the sinful hive to the virtuous one.

We seem to have stumbled on a substitute for divine intervention–coronavirus. But coronavirus has not completely purged our hive of sin. It has instead thrown up a sharp distinction between two groups:

In these two groups, I would include not just the billionaires and millionaires, but also professionals who can easily telecommute and are unlikely to experience any economic hardship due to the virus. To put it another way, all of these people are “rich” insofar as they can stay at home indefinitely without losing their homes. They will be able to pay the bills regardless of how long this crisis continues. The people who are paid to write and talk about politics are in this group, because can easily write their think pieces and record their podcasts at home while continuing to cash checks.

But there is a third group that is not meaningfully involved in the public debate–the ordinary person who needs to earn a living to pay the bills, to take care of children, to sustain a functional family unit. These people fall into two groups:

In the case of these non-essential people, the virtuous rich have effectively decided that it is better for these people to be subjected to a depression than it is for them to get the virus. The rich–who are largely insulated from the consequences of a depression–feel better about impoverishing tens of millions of people than they do about killing a few million. That, at the end of the day, is what is driving our policy–what makes virtuous rich people feel good about themselves.

They justify this position by arguing that those who argue for prioritising the economy are just the vulgar rich, that defending the economy can only be about propping up the stock market. Their argument presumes that the primary victim in a depression is the rich guy who sees his stock portfolio implode rather than the poor guy who loses his job. It’s a bizarre premise. Why make it? Because the virtuous rich are constantly thinking about the noble sacrifices they themselves are making–they are letting their own assets fall in value, they are giving up outings to fancy coffee shops and craft breweries. They don’t think about what depressions do to ordinary folks.

Many of the virtuous rich have even begun to enjoy staying home–because when you are rich, staying home and ordering everything off of Amazon isn’t a bad life. A world where we don’t have to leave the house, where we are in charge of our schedules, where we get to spend lots of extra time with family, all of that sounds perfectly lovely to many of them. They think of their time at home as a time for self-improvement.

That is not how it will be experienced for the many. The school closures alone have already sent millions of children back to broken homes. The stay-at-home order traps them in abusive situations. The economic fallout yet to come will make couples fight about money and break millions of families that would have otherwise held together. New abusive dynamics will be created, and many people will eventually be pushed into addiction and crime. Young adults, just starting careers, will see their lifetime earnings slashed. They’ll delay having kids, or never have them, or have them and struggle to bring them up well. $1,200 from the government won’t cut it. The economy will one day recover, but many people never will. For too many, this will be the turning point, where things could have worked out and could have been okay, but they won’t be okay. They’ll never be okay again.

The virus primarily targets the old. A depression primarily targets children and young families. By the time the November election comes, it will be too late for any of them to have a say. The important decisions will be taken now, by rich people, behind keyboards in well-furnished homes.

The vulgar rich don’t care about the poor, but ordinary people may be forced to align with them to avoid the carnage the virtuous rich would inflict upon them. The coming cleavage seems clear–the right is going to argue for prioritising the economy. Its motivations will be vulgar, but many poor and vulnerable people will prefer to brave the virus and keep their jobs, especially after the economic crisis takes hold, especially if the stimulus money runs out. The centrists will argue for prioritising defending life, at unlimited economic cost, come what may.

What about the left? Can it do anything? The left wants this to be the moment when we all realise this system–which forces us to submit ourselves and our loved ones to the virus to avoid an economic apocalypse–is rotten to the core. On Twitter, you can find activists trying to popularise #NotDying4WallStreet and #GeneralStrike. But it’s not going to happen. Our economy threatens people’s homes, their children, their marriages. They are not in position to refuse work, to risk the abyss. Who is? The rich, of course. And with Bernie Sanders leaving the stage, this is what the left has once again become–the idle dreams of the virtuous rich.

It was Karl Marx who sought to make it something more. Marx is the one who rejected the utopian socialists, because they didn’t have a theory of change that was embedded in conditions. The utopians wanted capitalism to give way in a moment of transcendence in which our virtues defeated our vices once and for all. That was not Marx’s future–his was a future in which capitalism would create so much abundance that employment would become a pointless relic of a bygone age. Now today’s left wishes to shrink the economy rather than grow it, by moral crusade rather than proletarian revolution.

The virtuous rich mean well. They want to save lives. But there’s more to life than living. Depressions are torture for the vulnerable, and if this goes on for long enough, many will beg for death before the end. This is the contradiction we are stuck in, as long as this system persists–we need the vulgar to save us from the virtuous. The end of capitalism will come not from those who are free to make moral choices about whether or not to stay home, but from those who have no choice at all but to continue going out and selling their labor until no one is left willing to buy it. That day is yet to come.