The True Believer, Eric Hoffer, and the Contemporary Left

The main difference between small-c conservatism and Marxism is the level of optimism. Both conservatives and Marxists despise capitalism and the individualism it produces. But socialists believe there is light at the end of the tunnel, and that by going through the upheaval we can come to a better place. Old-fashioned conservatives think we are only going to fall ever further away from ancient virtue, and they fight to obstruct or delay that process in whatever ways they can. They defend the status quo not because they like capitalism, but because they think the future can only produce ever worse iterations of it. For this reason, I have always enjoyed reading old-fashioned conservatives and greatly prefer them to the libertarians who straightforwardly champion capitalism and relish in its intensification. In this vein, I find myself reading Eric Hoffer’s The True Believer. 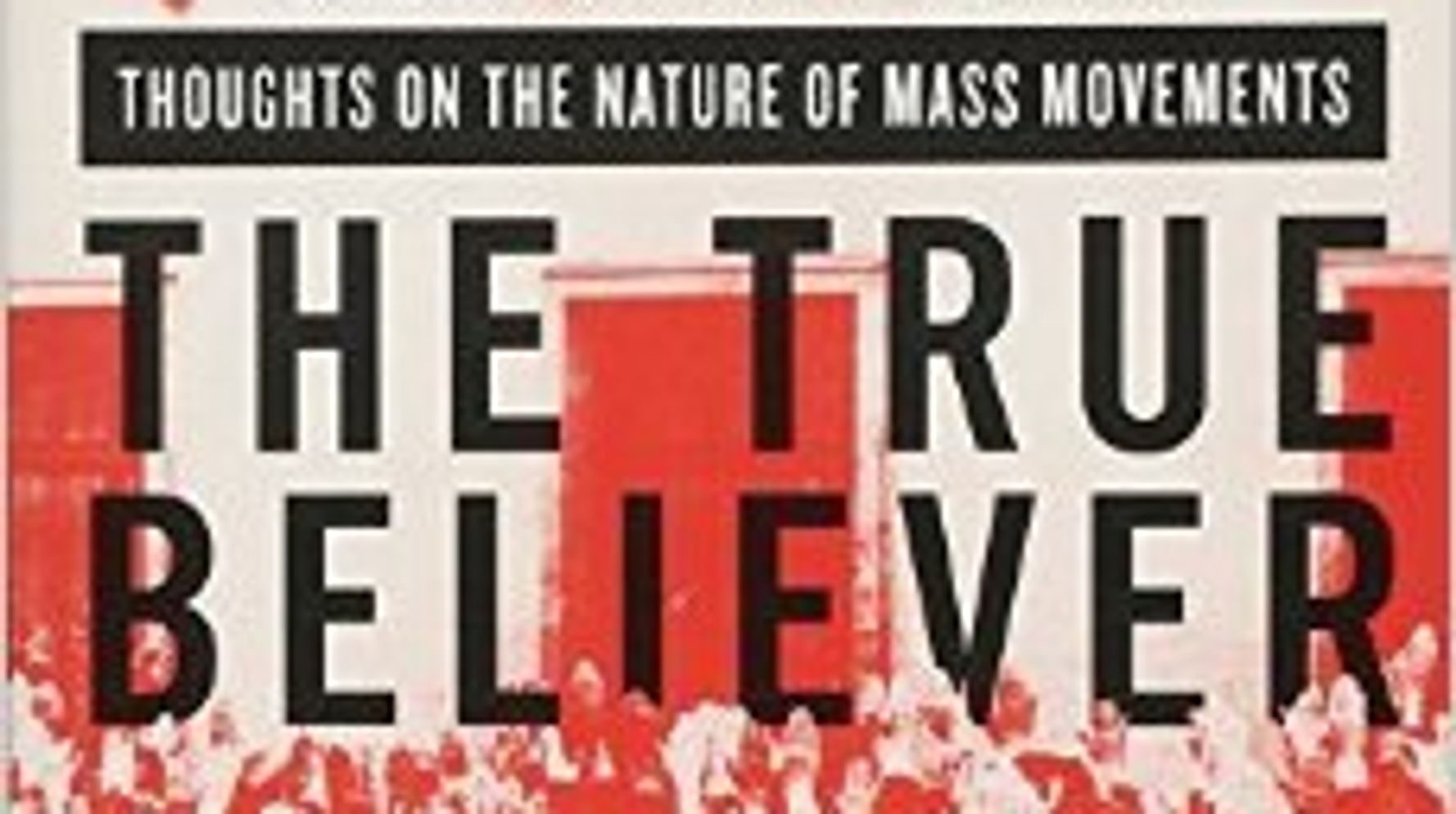 Originally published in 1951, The True Believer is mainly concerned with fanaticism. Like most Cold War authors writing in this genre, Hoffer finds that communism, fascism, and religious movements have things in common, but he is careful to avoid turning the book into a clear-cut iteration of horseshoe theory. He refuses to morally equate these movements to one another, acknowledging that mass movements can do good, and that some are better than others. He does, however, think that these movements all tend to appeal to the same types of people for the same types of reasons.

The bit I’ve found most interesting thus far focuses on what distinguishes those who join mass movements from those who do not. For Hoffer, people join mass movements because they find their own lives disappointing. Initially, I was poised to read this argument as straightforwardly right-wing. It seemed as if Hoffer were simply arguing that successful people are conservative and failures join mass movements. But the position proved to be more sophisticated than this. Hoffer goes on to argue that people who are truly embedded in a family or community that gives meaning to their lives don’t view themselves as individually successful or unsuccessful, and that means they don’t have a self-esteem problem. In this way, Hoffer identifies three groups rather than just two. Here, I’ll put it in a chart for you:

See what’s so interesting about this? Hoffer thinks mass movements are made up of disappointed individualists. They aren’t getting their members from people strongly embedded in collectivist institutions, like the community or the family. If true, this would have crucial implications for left wing mass movements. Either:

Which of these readings more neatly fits the contemporary left? Hoffer argues that people who are born poor are unlikely to blame themselves for their poverty and consequently unlikely to join mass movements. For Hoffer, mass movements are made up of people who are experiencing a significant amount of social mobility. Some are moving up–but not as quickly as they’d like to be. The progress they are making up the ladder makes them hungry for more, and they view established structures as obstacles to their further rise. Others are moving down and view established structures as the cause of their downfalls. Both those who climb and those who fall feel a sense of inadequacy, blaming themselves for their inability to get to the top or to remain there. Both want to escape this negative self-narrative, throwing themselves into the mass movement and using it as an alternative source of self-esteem.

Who fits this description? The downwardly mobile professionals fit the bill–these are the people who went to college but ended up unemployed, under-employed, indebted, or in some other disappointing circumstance. The climbers are those who have recently become professional class–those who have managed to get college degrees and even managed to score the lucrative jobs that once routinely came alongside them, only to find that they are still taking orders from oligarchs. They are so close, but yet so far. The contemporary left is full of socially mobile professionals of both stripes.

These professionals feel inadequate, and the left offers them an opportunity to find new meaning. But because these professionals are accustomed to operating in a heavily individuated, competitive environment, they bring this with them into the movement. Instead of competing for grades, internships, and jobs, the professionals compete to demonstrate their virtue, and they do this largely by signalling it through language games. Having played the first meritocratic game to an unsatisfying conclusion, the professionals embark upon a second meritocratic game, turning the movement into a competition for status.

People who did not go to college cannot win these games. The left-wing status game is rigged against them by the professionals, who continuously import new, convoluted terminology from their college campuses, keeping blue collar workers perpetually behind the curve. The drive for status is so intense that the professionals will chase people out for refusing to play their language games or failing to play them well. Sometimes this manifests as overt ostracism, but often it occurs through ostensibly well-meaning condescension. The professionals’ efforts to “educate” the workers alienates them so thoroughly that they quit the movement of their own accord, without needing to be pushed out. Without workers, the movement is reduced to a form of self-care for the self-hating professional. Its political function becomes secondary.

What becomes of the disaffected worker who is pushed out by language games? For Hoffer, a person who finds one mass movement appealing can easily substitute one for another. If the left is no longer hospitable, it is an easy thing to hop over to right nationalism. Alternatively, disaffected workers can simply quit the political and stop turning up for things. This is what we end up getting from the professionalised left–low voter turnout and a bolstered nationalist movement.

Insecure people have to make themselves feel better, and they do this by picking on others and talking down to folks. The professionals purport to seek solidarity with the workers, but instead use them as a means to their own self-esteem. The workers, instinctively recognising this, increasingly find the movement unbearable. They abandon it. They stay home or vote for Trump.

What happens when you tell an insecure person they have made a mistake? They get very upset. They interpret constructive criticism as a form of personal attack. The insecurity is aggravated, and it produces an acute emotional response. They counterattack, finding fault with you to make themselves feel better. They have to do this, because insecurity is a very painful thing. Capitalism makes people measure themselves against unattainable standards. It relentlessly manufactures insecurity. In doing so, it constantly generates critical mass movements, but it also fills those mass movements with broken people. The movements become release valves for discontent, wasting critical energy in non-threatening talking shops.

In 1951, mass movements seemed to truly threaten liberal capitalism. In the 50s, the communists had teeth and gave rich westerners nightmares. But today, most mass movements pose no real threat to the system. Instead, liberal capitalism has found a way to endemically generate harmless mass movements that are built to fail. Of course, until the failure stares us in the face, we’re liable to be seduced. Even now, there are still those who think Bernie Sanders may yet win the primary. There are still those who think he has successors in the Democratic Party who will carry his work forward. But the truth is that this whole approach was flawed. Most of the left’s commentators and pundits cannot admit this, because most of them are insecure professionals who cannot admit mistakes. Many of them have jobs that depend on denying that any mistakes were made. Someone will have to be scapegoated, and then they will continue on as before.