Self-Care Puts Us on an Amusement Treadmill

For some years now there’s been some people who have written pieces encouraging folks to engage in “self-care” and other people who have picked at this concept from the left. The pro self-care pieces tend to give people practical life advice for dealing with the stress and anxiety of modern life. The anti self-care pieces point out that self-care puts the burden of coping with the failures of modern capitalism on the individual. We experience higher incidences of stress and mental illness because our economic system leaves us in precarious positions. We fear being outcompeted for an ever scarcer number of good, professional class jobs. This pushes us into an arms race to polish our resumes. The more we try to look good, the more everyone else feels they must try to look good. So anti self-care pieces frame the practice as a luxury open only to those who are already reasonably secure–it doesn’t address the fundamental structural causes of precarity and it doesn’t rescue people from those forces.

These are the usual arguments surrounding self-care. But today I want to make a different argument–I want to claim that self-care is itself a celebration of a behaviour ancient political theorists rightly associated with slavery.

We tend to think of slavery as a property relation. If someone owns you and you have to do what they say, you’re a slave. If no one owns you and you can find a job for yourself, you’re free. But Aristotle had a very different view of slavery. For him, a slave is someone who does not choose their own ends. Aristotle divides people into three categories:

So for Aristotle, it doesn’t matter whether someone owns you–if you aren’t choosing your own ends, you’re acting like a slave. Most of us don’t get to choose the jobs we believe are best. Most of us have to settle for jobs that will pay us enough to survive. These jobs usually involve working for some individual or organisation with its own notion of what is good or worthwhile that we don’t entirely share. Aristotle believes that we are what we repeatedly do. If we repeatedly serve as a tool of another rather than act on the basis of our own values, we are repeatedly acting like a slave, and that makes us slavish. So in a very important sense, most of us are not free. No one owns us, but we are still slaves, because we don’t get to choose our own ends.

Aristotle makes an important distinction between “amusement” and “leisure”. For Aristotle, leisure is time we spend thinking about what it would be good or worthwhile to do. If we don’t have leisure, we can’t self-determine our ends. If we cannot self-determine our ends, we are inevitably enslaved. Amusement, by contrast, is about getting ourselves in a psychological condition in which it is possible to return to work. When we engage in amusement, we have free time, but we don’t have the mental energy or education to use that free time in a leisurely way. So instead the free time has to be spent rectifying our deteriorated mental state or squandered on frivolous, childlike pursuits.

One of the ways you keep someone enslaved is by denying them leisure. If people have leisure, they start to get their own ideas about what their lives should be for. That makes them less compliant. They might start to organise politically to change their lives and create new and different opportunities for themselves. To deny people leisure, it’s necessary to deny them mental energy and to deny them education.

Our system presently accomplishes this in two ways. First, by increasing economic precarity and forcing us to compete ever more heavily for an ever scarcer number of good professional class jobs, we are pushed to use all of our mental energy trying to satisfy our current or future employers. Nothing is left for leisure, and whenever we have free time we can do nothing but amusement. This is where self-care comes in–self-care is a modern name for amusement. Right now, we feel we have so little free time that it’s necessary even to argue for our right to use some of our free time to prepare ourselves to return to work. Looking out for our own mental health has itself been painted as a radical assertion. But it’s not radical, because self-care is about surviving, about avoiding burnout, about continuing to be a useful tool. It’s amusment, not leisure.

Second, by focusing our universities ever more heavily on job placement, we are ensuring that our young people spend their time at university cultivating resumes for future employers. This means they don’t receive an education which is about teaching them how to think about what ends are good or worthwhile. Instead, their training is increasingly vocational in nature, even when the degree is a professional degree like engineering, computer science, law, medicine, or business. These degrees are still about job placement. They don’t prepare students to think about what kind of ends are worth having. Students’ degrees aren’t leisurely, and when they have free time outside of their degrees their energy is depleted and they are pushed to engage in amusement and self-care to rectify their mental states. Their available time even for amusement is shrinking and rates of mental illness are increasing at universities.

The result is that many people–including many of the people with secure professional class jobs–never acquire a substantive set of ends for themselves beyond amusement itself. They end up like overgrown high schoolers. In high school, everyone is tired and stressed out all the time, and the result is that high school students are desperate for amusement. It’s so important to them that when they are away from school they be permitted to de-stress, and if their home environment is toxic and disallows this the demand for amusement can spill out into all sorts of unhealthy activities. High school students build friend groups around shared amusements. If you watch the same shows, play the same games, read the same books, listen to the same music, buy the same clothes, or do the same drugs, you’re cool. If not, you’re lame. A mark of maturity is moving on from these aesthetic identifiers and acquiring a life project that is bigger and more meaningful than “have a good time this weekend”. But because high school kids spend most of their time and energy doing pointless work assigned to them by other people they are starved of leisure and desperate for amusement. So their lives are built around instant gratification, hedonism, and self-care.

We are increasingly denying people the temporal and educational resources to grow beyond this, and now adults have childish interests and build their lives around gratifying themselves by purchasing garbage which vaguely relates to whatever lame thing they do on the weekend. There’s little ambition beyond this:

On some level they know that living their lives for the weekend is more than a bit vacuous. The result is a superabundance of culture which is nihilistic, absurdist, or existentialist in tone, alongside a thriving industry of YouTube pseudointellectuals selling young people books which promise to give their lives meaning. Politically, it also gives rise to new radical and reactionary political movements that sell young people on making their online lives about social causes.

But these people don’t have leisure. They are mentally unwell, lack access to non-vocational education, and must spend the bulk of their free time on amusement. Without these things, they cannot think about different sets of ends in a sophisticated way or decide among them. So even in their attempts to find meaning, these people end up slaves–foot soldiers in other people’s cults.

Since they need amusement so badly, they not only spend their free time on amusement, they spend their extra money on it too. This prevents even reasonably well-off young people from building up a sum of money they might use to break free, because the extra money they receive will be poured into expanding or maintaining their collections of objects and experiences related to their child interests. They buy games, art, experiences, all sorts of stuff, just to facilitate amusement. The more objects they buy, the more they must maintain and store. This means there’s never enough money to get off the amusement treadmill and pursue leisure, even for people in the nicer professional class jobs. So the vast majority of people, in both blue collar and white collar jobs, are constantly on the treadmill and never get off.

Desperate for meaning, they look for it in relationships, and marry people who are poor fits out of boredom and existential dread, contributing to high divorce rates, domestic violence, and broken homes, condemning the next generation to a similar existence. They fill their homes with kitschy stuff, imitating their parents’ path in lieu of developing one for themselves. 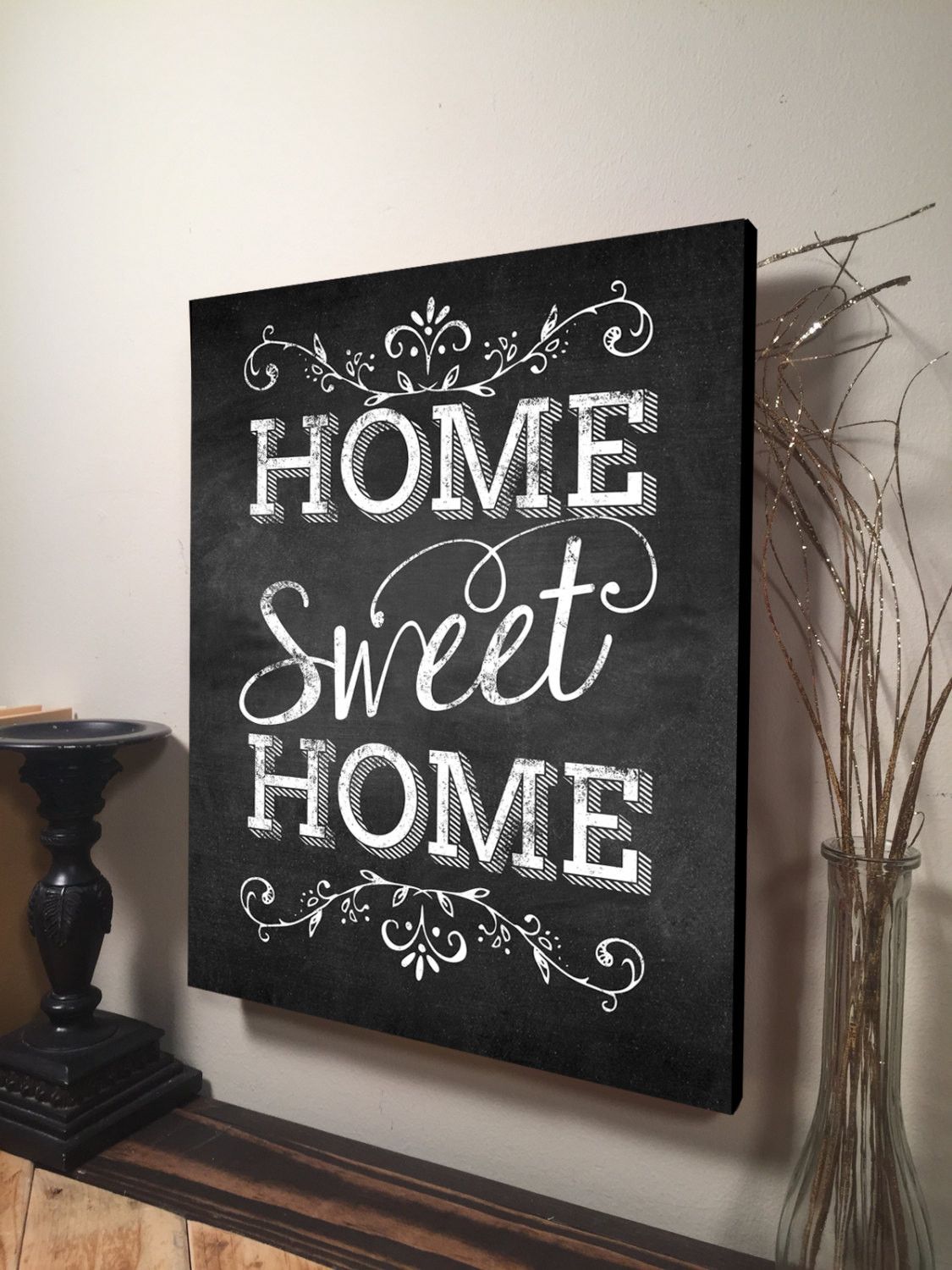 The result is entire lives lived without any real meaning at all. The call for self-care is a sad response–it’s a demand that people try harder to get amusement when what they really lack is leisure. In this respect it is an intensification of everything that is wrong with modern capitalism, a further retreat into the nostalgic realm of the teenage weekend.

What we need instead is a politics that is committed to restoring our time to us, one which gives us not just sufficient amusement, but access to leisure and the genuine, deep education it requires. As access to universities has expanded, universities have moved away from this kind of education, and there is a real danger that before long virtually no one will have it. We are at risk of creating a society in which no one is meaningfully free, in which no one is capable of self-determining ends. In such a society even the wealthiest people would themselves be slaves to vulgar market values. They would be incapable of envisioning an alternative value set, much less make any kind of real choice between market values and that alternative. When the slaves enslave the slaves, the blind lead the blind, and there is no one left to rescue us from Plato’s cave.

One of the central problems in left-wing organising today is that by putting the lived experience of the oppressed at the center of things, left-wing organisations suffer from a persistent leisure shortfall. When our organisations are run by mentally ill people trying to use left-wing politics to amuse themselves or fill existential voids, they become vehicles for self-care instead of real political organisations with plausible strategic orientations. We need some people in the left to do the thinking, or we won’t be able to achieve the institutional and policy changes that are necessary to widen access to leisure. But leisure is in short supply precisely because we haven’t yet achieved these changes, and therefore competent, thoughtful leadership is always a scarce commodity in left-wing politics. The more the left fails, the worse this becomes, because as the position of the worker is eroded by right-wing economic policy, life becomes more precarious, competition becomes fiercer, and amusement deficits pile ever higher. The longer we stay on the amusement treadmill, the harder it is to get off, both individually and collectively. Slavery degrades the slaves, and self-care does not free the self, much less the other.