In the Roman Empire, during the Crisis of the 3rd Century, everything began falling apart. The army was swapping emperors out left and right, and the political system could no longer generate the legitimacy or stability that had prevailed in the two centuries prior. Chunks of the empire lost faith in the ability of the central authority to restore order, and began looking to their own defences. It was bleak: 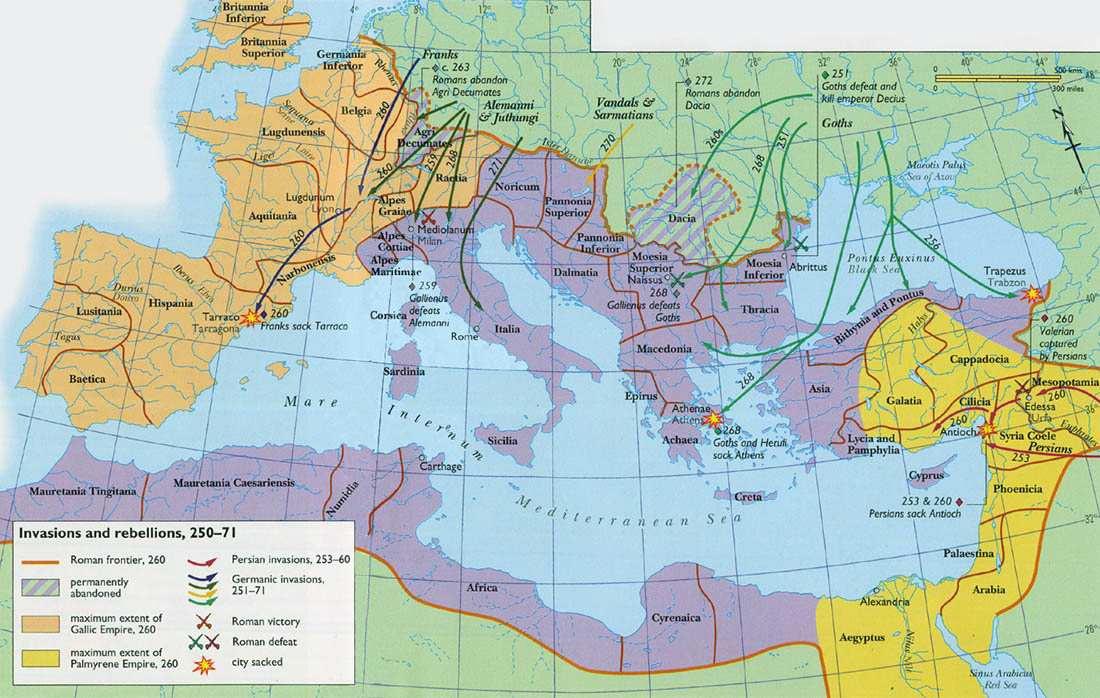 During this period, there was a philosopher by the name of Plotinus, the progenitor of “Neoplatonism”. Plotinus didn’t try to solve the problems of the political system. As Bertrand Russell put it:

He turned aside from the spectacle of ruin and misery in the actual world, to contemplate an eternal world of goodness and beauty. In this he was in harmony with all the most serious men of his age. To all of them, Christians and pagans alike, the world of practical affairs seemed to offer no hope, and only the Other World seemed worthy of allegiance. To the Christian, the Other World was the Kingdom of Heaven, to be enjoyed after death; to the Platonist, it was the eternal world of ideas, the real world as opposed to that of illusory appearance. Christian theologians combined these points of view, and embodied much of the philosophy of Plotinus.

Today there are a large number of people who have been demoralised by our political system. Like Plotinus, they have sought out other ways of finding meaning in their lives. These forms of self-care psychologically protect the individual while contributing nothing to resolving the political problems of our age. They are forms of retreat. In our time, I see five of them:

Individuals often mix and match these things. But they all divert energy away from politics. Some of them do this by pretending to be politics when they do not in fact produce any meaningful change, like the consumption and discourse movements. Others are more overtly and explicitly escapist, like those committed to fandoms or futurism. The self-care option is exceptionally defensive and more in the tradition of religious asceticism, though it lacks the comprehensive theology of something like Buddhism, Stoicism, or Christian existentialism.

These five things, lately, seem to be absolutely everywhere. Even when people purport to be talking about the big problems we face–inequality, stagnation in living standards, globalisation, climate change, exploitation, alienation, discrimination, and all the rest of it–they are increasingly engaged in these detached projects focused around individual behaviour. The people who still want to solve the problems of the world satisfy themselves with doing “their bit” when “their bit” surely will not be enough. Instead of recognising the insufficiency of their strategies, they double down and blame others for failing to do the same. The other day I saw this exceptionally vicious tweet: 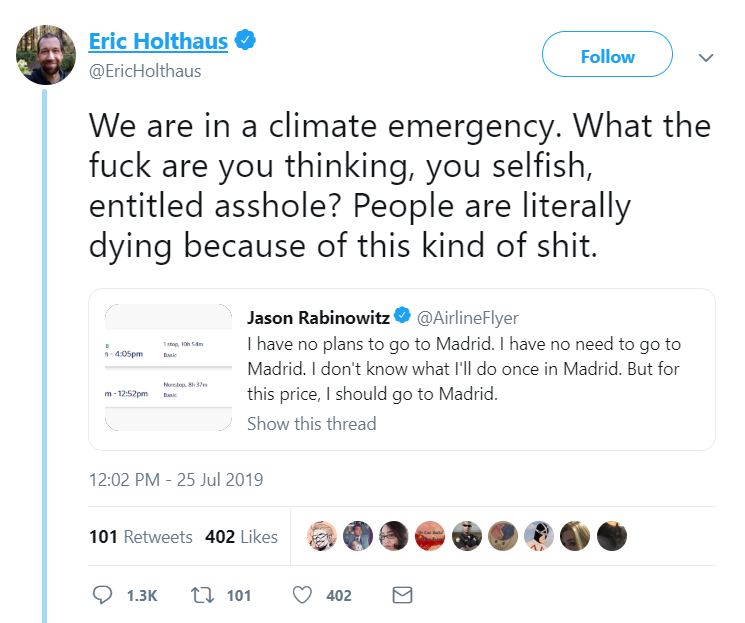 Climate change cannot be solved with changes to consumption habits, not just because it is unrealistic to expect everyone to make the changes but because most emissions are not caused by consumer behaviour at all. Henrik Wejberg, a graduate student in agricultural economics, puts it this way:

I calculated that the things most people talk about related to climate change (flying, meat consumption, private cars) create 20% of the emissions in Finland. It is very frustrating to read that these are the problems we have to first and foremost tackle.

At present, we cannot even get rich countries to honour their international commitments, much less put up the international development aid that might enable poorer states to make and honour complementary commitments. Canada, for instance, loves promising to make cuts but never follows through:

To solve this problem, we need to rethink the way we’re interacting with other states, because the weak agreements states make with each other don’t get the job done. This means considerably reorganising the world system, and the United States is the only state in position to make these revisions. Going into 2020, we should be looking for politicians who understand this and frame their climate strategy around the international arena. Climate change is a foreign policy issue. It’s not mainly a question of domestic energy policy, and it’s certainly not a question of lifestyle choices.

But instead we just get a whole bunch of yelling and virtue signalling about personal behaviour. Even the phrase “Green New Deal” is little more than an act of discourse–the proposals which have been attached to it so far, both by Elizabeth Warren and by Alexandria Ocasio-Cortez, amount to little more than domestic infrastructure spending bills marketed with a green veneer. And so all too often it is the people who yell most loudly about our problems who are most thoroughly wasting everybody’s time, because their strategies are more about demonstrating virtue and radical bona fides than they are about confronting the deep underlying issues that make solving these problems so difficult.

These performances of concern are just disguised forms of retreat. If we can’t tell the difference between pretend politics and the real thing, we won’t make any progress, no matter how loudly we call people names. We’ll end up like Plotinus–hiding from a fallen world we’ve long since given up hope of understanding or improving politically.