Only Omar comes from a Sanders district. All four districts were Clinton-voting in the general election. The strategy to win these districts was a simple one. The left figured that Clinton voters didn’t like Bernie Sanders because he’s an old white male, but they would go for the same message if the messenger was a woman of color.

The trouble is that we didn’t end up with “the same message”. Where Sanders was focused mainly on improving the economic lot of poor and working people, the squad has tended to message differently, focusing on ICE (Ocasio-Cortez), foreign policy (Omar and Tlaib), or guns (Pressley). More recently they have been fighting with the Democratic party leadership over whether to impeach the president, and they have gotten into a war of words with Trump over whether he’s a racist.

Regardless of where you stand on these particular issues, they all have one thing in common–none of them are about putting money in the pockets of ordinary folks. Hillary Clinton and her supporters spent much of the 2016 campaign calling Trump supporters “deplorables”, “misogynists”, “racists”, “bigots”, and all sorts of other things. They also spent that election cycle emphasising how historic it would be to elect a president who isn’t a white man. These messages didn’t resonate in most of the country, which is why Clinton lost an array of Midwestern states. In response, Clinton supporters doubled down, arguing that the Midwest rejected Clinton because it’s full of deplorable sexist bigots. The Democrats have never really changed or updated their campaign strategy. They keep calling Trump and his supporters deplorable bigots, and they keep attempting to focus the discourse around race, gender, sexuality, guns, foreign policy, and immigration.

Trump is not scared of these tactics–he plays off them. Trump targeted the squad on Twitter because he thinks he can use them to rally support from his base, and he thinks he gains more from doing this than he loses from appearing racist. Trump’s approval rating is now about 43%, the highest it has been since the opening weeks of his presidency. A couple weeks before the 2016 election, Trump’s favorability rating was at 35%. Republican senators have no incentive to impeach Trump and every reason to think he can win again. The squad’s tactics have not worked, because they double down on Clinton’s mistakes.

The electoral problem with Hillary Clinton was not that she was insufficiently radical on race, gender, or immigration. The problem is that outside of America’s diverse, multicultural cities, most ordinary people believed she was corrupt and did not care about them. The squad’s strategy works in their urban districts, and all four members are quite likely to win re-election in 2020. But it is not a message which can help the Democratic Party win new ground in the middle of the country. These voters are looking for someone to promise to help them in discrete, economic ways. The squad might be committed to Medicare For All or creating new jobs with infrastructure spending, but these are not the issues it chooses to emphasise in its rhetoric, and it often speaks in ways which alienate many of the people who stand to gain the most from those policies. In trying to win over Clinton voters, they have adopted a discourse which pushes away many of the folks who could have been won by Sanders last time. From an electoral standpoint, the enticing thing about the Sanders movement was its potential to break the Democratic Party out of the big cities and reach the ordinary voters who abandoned it decades ago. This potential is now being squandered as the left becomes ever more insular and ever more obsessed with culture war issues.

Worse, it has created a situation in which many progressives now agree with Clinton voters that Sanders’ race and gender are liabilities. This has created an opening for Warren and Harris. These candidates are much further right than Sanders on policy, but they trade on their race and gender to appear more left wing. If progressives think that being a woman or person of color is a substitute for having a comprehensive plan to implement Medicare-For-All, they can be persuaded to back Warren or Harris even though both candidates have waffled on the issue repeatedly. Ocasio-Cortez has not endorsed Sanders, instead repeatedly associating herself with Warren and Harris. This only encourages people to view these candidates as fundamentally similar, when there is arguably a larger gap politically between Sanders and Warren than there is between Warren and Clinton or even Warren and Trump. The legislation Ocasio-Cortez pursues with Warren and Harris has no chance of passing the Republican senate. It serves mainly to bolster the credibility of these candidates, fracturing the progressive vote and improving Joe Biden’s chances.

Many left-wing publications have played a role in this, choosing to emphasise culture war items at the expense of bread and butter economic issues. Sanders has lost 9 points in the poll average since late April. Many in the left media are much too sanguine about this, declaring that the polls are rigged or don’t matter. They are sleepwalking into oblivion. If Sanders loses, Medicare-For-All will not happen, and the Democratic Party will be left in the hands of a squad that campaigns precisely the same way Hillary Clinton campaigned:

This will not produce a Democratic Party that can win the senate and hold it, forcing the Republican Party to adjust its strategy and approach. Instead, it will ensure the Republican Party remains competitive in its current form. That means that more people like Trump will continue to win elections, and the kind of politics Trump represents will become endemic and normal.

The left can never build a mass movement out of catering to the social tastes of urban professionals–it must be competitive in red states. Ocasio-Cortez has a net negative favorability rating. We make excuses, and we say it’s because FOX picks on her. But when Bernie Sanders goes on FOX, he wins over audiences. There is a real difference here in campaign strategy–Sanders was offering a form of discourse that was different from Clinton’s. It had real potential to help the Democratic Party go places it hadn’t been in generations. But we didn’t defend it. We let them intimidate us. We capitulated, and we trafficked in a language that makes many Americans feel forgotten. When they express that feeling, we call them deplorables and tell them to educate themselves, just like Hillary did. We reap what we sow. 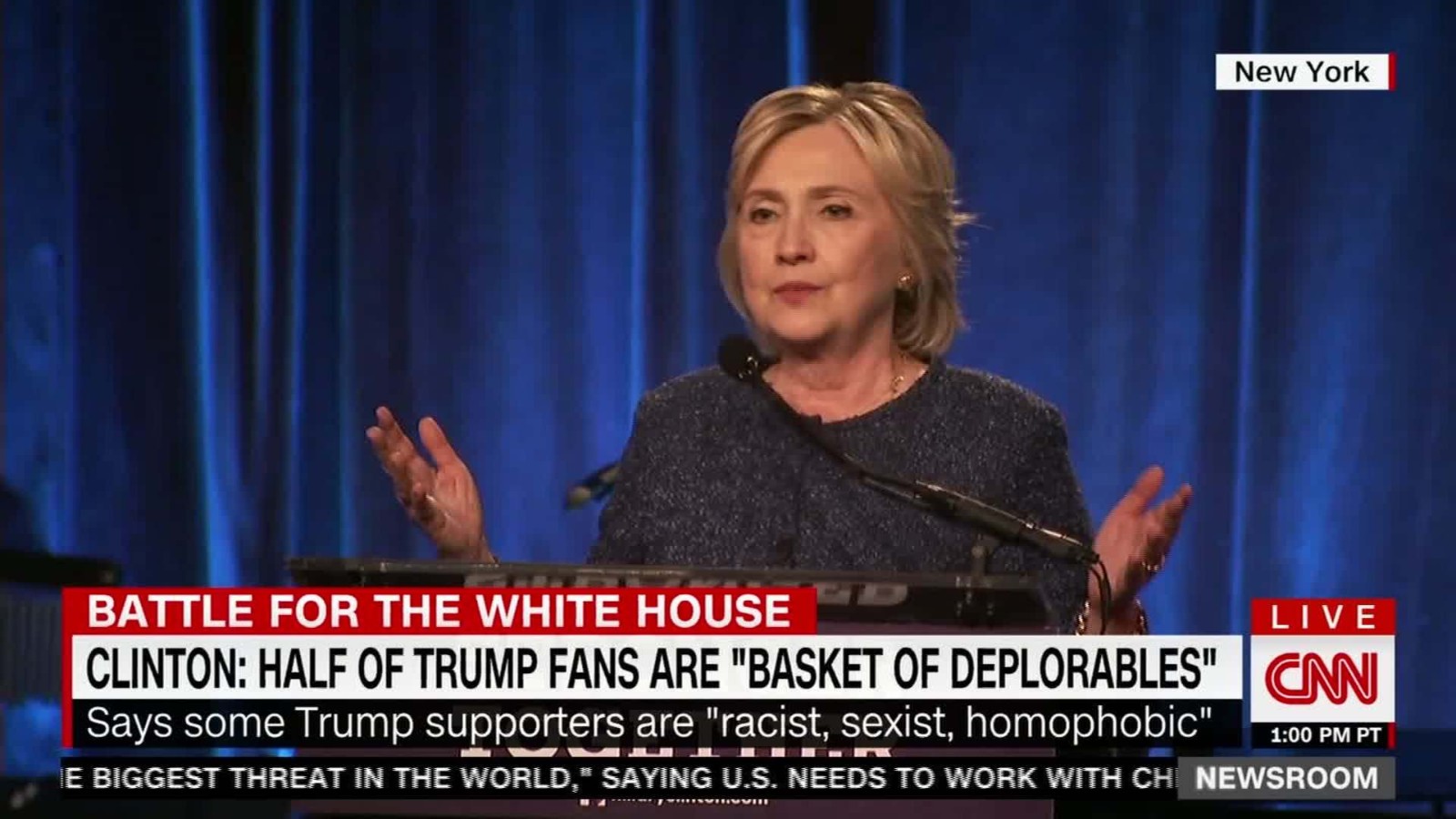