Why We’re Stuck With Pelosi

I’ve been asked by a few people where I stand on the question of whether Nancy Pelosi (D-CA) should return to her old post as Speaker of the House next legislative session. There are some who argue that Pelosi was an effective speaker last go around and ought to be retained, and there are some who argue that Pelosi is too right wing and therefore needs to go. My position is somewhere in between–I think Pelosi isn’t very effective in today’s climate but that the current division of seats in the House means that Pelosi can only really be challenged from the right, and therefore we must reluctantly put up with her. 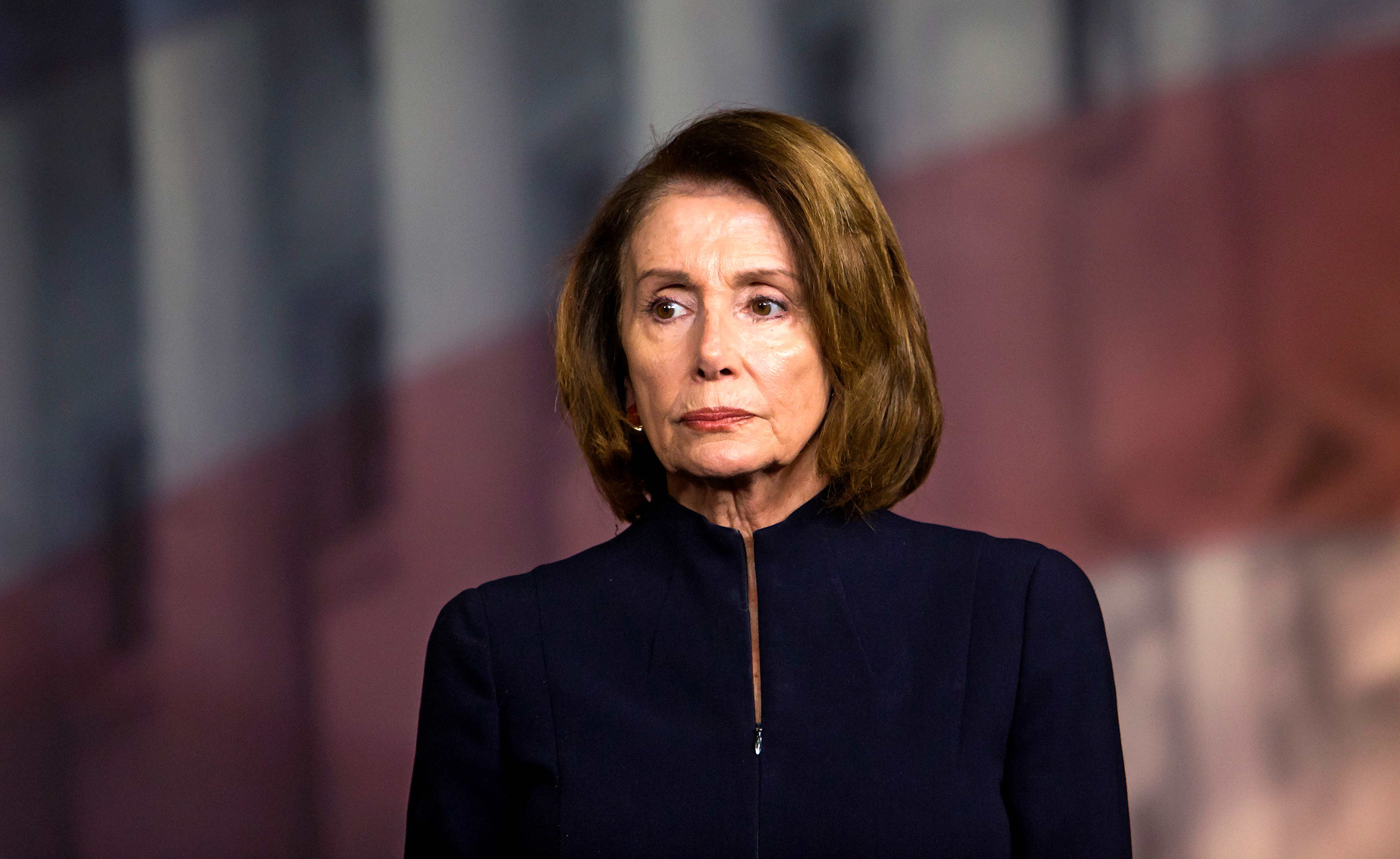 There are three main tasks for the Speaker:

Nearly everyone concedes that Pelosi is not very good at the third task. Her favorability net rating is routinely in the negative 20s, comparable to Trump’s:

The case for Pelosi is usually made in terms of her ability to mobilise votes in the House caucus. She has drawn praise for her resistance to President Bush’s effort to privatise Social Security in 2005 and for her ability to shunt Obama’s early legislation through the house in 2009 and 2010. These were legitimate achievements in the context of the 00s. Pelosi has been good at passing mildly progressive legislation and she has been good at resisting some of the most reactionary Republican reforms.

Pelosi has been effective at playing defense for the Democrats, and the Democrats have played defence for the last 40 years or so. When there’s a Democrat in office, the Democrats pursue mildly progressive but not transformational reforms. Obamacare is originally Romneycare–it wasn’t an especially bold or radical proposal for healthcare. The stimulus package in 2009 was helpful, but it was much smaller than many mainstream liberal economists were recommending. Conversely, when there is a Republican in office, the Democrats oppose the most reactionary and troubling legislation but they pick their battles and give ground in other areas. Pelosi stood up to Bush on Social Security, but she buckled on the Iraq War, rejecting the call to threaten to defund it almost immediately. In the 1970s, congress stood up to President Ford and refused to approve additional military action or financial aid for Vietnam, but Pelosi was unwilling to push Bush. The war continued until 2011.

The current situation calls for a stronger approach, in which the Democrats repeatedly pass bold, compelling legislation they know will never pass or become law to force the Republicans to explicitly reject policy that is widely popular. It also requires someone who is willing to use the budget as a hammer to force Trump and the Senate Republicans to take notice of Democratic priorities. In other words, we need a Democratic House caucus that behaves more like Paul Ryan’s or John Boehner’s Republican caucus in the 2011-2016 period than the Democratic caucus of 2007-2010. Democrats need to go on offense so that they can win more seats in 2020 and regain control of the American political conversation. They have to start forcing Trump to react to them rather than the other way around. The Democrats haven’t really been driving the bus since the era of John W. McCormack–the Speaker who shepherded President Johnson’s Great Society agenda and pushed President Nixon to the left across a wide spectrum of domestic issues.

Pelosi has never been this kind of Speaker. She’s a product of the political climate of the 80s and 90s, in which the Democratic consensus was that the bulk of their legislative agenda was too left-wing and needed to be watered down dramatically. Her instincts will be to push mildly progressive Obama/Clinton-type stuff–the kind of stuff the New York Times or Washington Post editorial pages will call “pragmatic”. This stuff isn’t sexy enough to help us in 2020. It’s designed to make us look like the reasonable party, and that branding hasn’t been working out especially well for us. Democrats lost the House in 2010, and failed to retake it in 2012, 2014, and 2016. Pelosi had many chances to adapt to the post-2008 political climate but has never really done it. The lukewarm response she and Obama had to the crisis of 2008 played a big role in the Republicans’ success in 2010 and in their dominance in the years that have followed.

The trouble is that because the left has not concentrated its resources on competing in Democratic primaries, the Democratic House caucus doesn’t have enough Berniecrats to effectively challenge Pelosi from the left. At this point, we can divide the House caucus into three broad camps:

The Manchinites are so fearful of losing their seats to Republican challengers that they are willing to make concessions to the right that even Clintonites resist. Both Berniecrats and Clintonites opposed Brett Kavanaugh in the senate, but Manchin capitulated in a bid to save his seat. The problem we face is that this worked–Manchin was able to win in 2018 even as Clintonites like Joe Donnelly (D-IN), Heidi Heitkamp (D-ND), and Claire McCaskill (D-MO) lost seats. The Manchinites want to respond to Donald Trump the same way the Clintonites themselves once responded to Ronald Reagan–by slavishly co-opting the bulk of his agenda. It’s an even more defensive approach than Pelosi’s.

All the challenges to Leader Pelosi are coming from her right, in an apparent effort to make the party even more conservative and bent toward corporate interests.

Hard pass. So long as Leader Pelosi remains the most progressive candidate for Speaker, she can count on my support. https://t.co/yNVa8IorWY

The sad truth is that Ocasio-Cortez is correct–the left did such a poor job of challenging Clintonite and Manchinite Democrats in primaries that Pelosi remains the most left-wing option. And because of this, there is serious doubt that the party will be ready to go on offense in 2020, even if a Democratic President is elected.

The ultimate risk–that the Democrats win the presidency in 2020, do nothing interesting with it, and hand it back to a Republican who is even more reactionary than Trump in 2024 or 2028–remains very live. And this is why I have opposed and will continue to oppose Democratic candidates for president in 2020 whom I believe to be Clintonites or Manchinites, even if I think they can defeat Donald Trump. These people–including Kamala Harris, Elizabeth Warren, Beto O’Rourke, Joe Biden, John Kerry, Cory Booker, and many more–just aren’t capable of changing the conversation, because their political instincts are too defensive, too corporate, and too conciliatory for this particular moment. We must compel the Republican Party to change, we cannot continue to play their post-Reagan discursive game anymore. It is a game only they can win.

Pelosi today, but someone better in 2020.