The Problem With Fact Checkers is that They’re Journalists, Not Academics

The row between the fact checking websites and Medicare-for-all supporters has continued over the past couple weeks. I briefly weighed in to point out that, studies aside, it’s difficult to estimate the cost because it’s impossible for us to know what level of healthcare spending will, in the long-run, be politically acceptable. The attempts to get an estimate all involve assuming particular levels of spending ex ante. The Republicans can claim that we would need to continue spending 18% of GDP, but they don’t know. Bernie Sanders can claim that we would be able to impose Medicare’s level of compensation, but he doesn’t know. Just like in other countries with systems like this, the level of expenditure would constantly be up for political renegotiation. Britain spends 7% of its GDP on its National Health Service. Will we spend 7% or 18% or somewhere in between? Anyone who tells you that they know for sure is lying.

But in the meantime, the debate in the press has fixated on a particular study by the Mercatus Center, which simply assumes that the Medicare payment rates are straightforwardly imposed. The debate centers around whether the study says we would save money. The right points out that the study says Medicare-for-all costs the government more money. That’s obvious–no one needs a study to know that.  The left points out that the study says that total healthcare spending–including both public and private spending–would be reduced. And again, that’s obvious–the Medicare reimbursement rate has always been lower than the private insurance rate. The fact checkers have focused on the first fact to the exclusion of the second, to howls of opprobrium from the left. The Mercatus Center is a right-wing think-tank, and it’s been conducting an email campaign urging journalists and fact checkers to interpret the study this way. Too many journalists and fact checkers don’t have the academic expertise to evaluate studies themselves and instead trust the authors to do the interpretive work for them. You see this all the time when you go to websites like PolitiFact–they hire journalists to interview researchers instead of doing their own analysis. 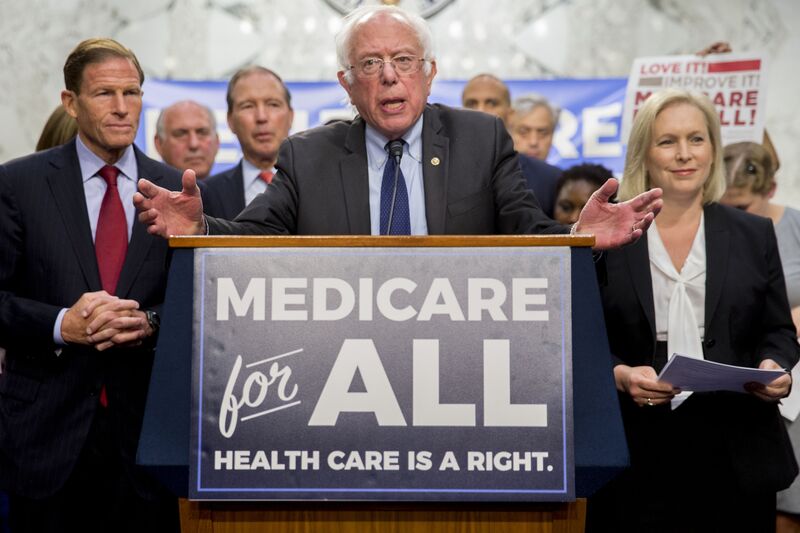 This causes big problems for the fact checkers. Journalists have a lot of talents. They are good at getting interviewees to share their stories, and they are good at packaging those stories in an accessible way. When a story involves straightforward fact claims–about what someone was doing or where someone was at some particular time–journalists are good at collecting lots of accounts and identifying tensions in narratives. They are good at investigating what happened in the real world. Journalism is narrative driven–it likes stories with good guys and bad guys and beginnings, middles, and ends. Journalists like dealing in spaces where claims are either true or false, where people are either lying or telling the truth. Either something happened, or it didn’t.

Medicare-for-all is not that kind of issue. One the one hand, you have studies like the Mercatus Study, in which the question for journalism is not whether a fact claim is true or false but which fact claim to emphasise. Is it more important that Medicare-for-all increases government spending or that it lowers aggregate healthcare spending? Journalists don’t know. On the other hand, there are these big theoretical questions surrounding Medicare-for-all, questions that cannot be answered by a study ex ante. Journalists don’t know how to report on theoretical questions. A study is a new thing. It is released at one moment in time, and consequently it becomes a piece of news. The theory of single payer healthcare systems is not a news story. And theory tends to produce at least as many ambiguities as it does fact claims. When we’re honest about the politics of implementing single payer, we recognise that there are a lot of contingent political factors which contribute to long-run healthcare costs in states with single payer systems, factors we’d be lying if we said we could pinpoint years in advance. No study can tell us what precise formulation of Medicare-for-all can pass Congress, and no study can tell us what changes in compensation Congress would make in the years following the introduction of the system in response to pressure from taxpayers, patients, or providers. If we implemented Medicare-for-all, it wouldn’t look exactly like the draft of Bernie Sanders’ bill. It would be heavily negotiated politically and subject to an extensive public debate, and that debate would be reopened again and again in the years and presidential terms to follow, whenever voters wished.

If journalists want to help us think about Medicare-for-all, the way to do that is to contribute to the theoretical debate, to help Americans understand how single payer works in other places and in what ways the American case might be similar or different. It is not to get lost in the weeds arguing about interpreting a study and a draft of a bill which assume that debate has already concluded before it’s even begun. But journalists don’t know how to do that and consequently fact checkers don’t know how to do that. So instead the whole debate is debased, lowered to the journalists’ common denominator. That means it comes down to whether or not particular politicians are “lying”. So instead of having a debate about ideas, we are pushed back into the journalistic box of having a debate about character. We’re back to a story about what people did at particular points in time.

Journalists like talking about character, because it enables them to make complex issues about personalities, to turn policy debates into narratives. Journalists are good at selling narratives. They like stories. And so the entire fact checking industry has framed itself around whether people are lying. But we don’t need journalists to tell us who is honest–we need journalists to help us think about things, to help us examine the ambiguous. Most of us aren’t academics and can’t access, can’t understand, or don’t have time to read journal articles, studies, and arcane tomes of political and economic thought. Journalists are meant to help us. But if they themselves can’t do it, they certainly can’t help us do it.

At the same time, there aren’t enough academics who are able and willing to spend time explaining these things to people in language they can understand. The academics would rather talk to journalists, and the journalists will either misunderstand them or take their word for it uncritically, as they’ve done with the authors of the Mercatus study.

The result is a whole debate about Medicare-for-all which misses the most important feature of single payer healthcare, the feature which makes the system worth having in the first place–that it puts the size and cost of the healthcare sector into the hands of democracy, to be revised whenever voters wish in whatever ways they like. If voters want to spend 18% of GDP on healthcare, they can do it! If they want to spend 7% on healthcare, they can do it! It’s up to them. With single payer, we spend what we decide we want to spend, and we get the system we’re willing to pay for. Everyone who says they know what we will democratically decide to spend is just guessing. Their numbers don’t matter.