Remember When Obama and Biden Tried to Cut Social Security by $230 Billion?

Videos have emerged in which Joe Biden speaks in favor of entitlement reform. Biden disputes the claims:

The thing is, Joe Biden and Barack Obama did try to cut Social Security. It’s one of the forgotten pieces of Obama’s legacy. It was called the ‘Grand Bargain’. Let me tell you the story.

In 2010, the Obama administration thought that the federal government was spending too much money. So they created the “National Committee on Fiscal Responsibility and Reform”. It was nicknamed the Simpson-Bowles committee, for its leading members–Alan Simpson and Erskine Bowles. Simpson-Bowles proposed to cut Social Security by changing the way Social Security measures inflation. Social Security is designed to adjust for inflation, so that the benefits keep up with rising costs of living. By measuring inflation with a scale that runs low, you can reduce the cost of living adjustment and thereby reduce Social Security spending.

The Social Security Administration uses CPI-W to calculate inflation. CPI-W is specifically tied to the consumer experience of “clerical workers”–mainly people in working class, blue collar jobs. Simpson-Bowles wanted to switch over to C-CPI-U, otherwise known as “chained CPI”. Chained CPI doesn’t look specifically at clerical workers, and it also makes an important change in the way inflation is measured by increasing the role substitutions play in the measurement.

Under CPI-W, if the price of one type of apple goes up, CPI-W assumes you might choose to buy a different variety of apple that’s cheaper. But it doesn’t suppose that you might instead choose to buy an orange. CPI-W makes low-level substitutions but not high-level substitutions. Chained CPI produces a lower inflation rate by assuming that a wider range of products can be substituted for one another. The Obama administration tried to incorporate Chained-CPI into its ‘Grand Bargain’ with Republicans over the budget. They proposed for a small buff in benefits for older retirees to partially offset the move to Chained-CPI, but this still left a benefit cut of 1% to 2%.

The proposal was estimated to cut a total of $230 billion from Social Security in just the first decade. Proponents of Chained-CPI make two arguments for it:

The trouble is that we live in the real world, where low-wage retirees have poor life expectancies and are quite unlikely to see the benefit. 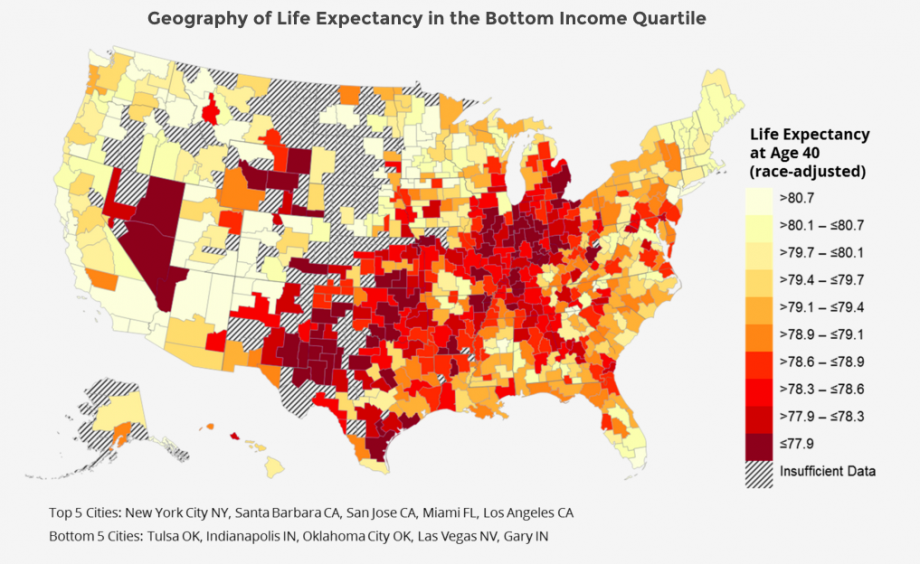 Many of them will, however, live through their 70s–where they can expect to see their living standards reduced. Other retirees, of course, would have seen even greater cuts.

During the 2012 campaign, Biden attacked Mitt Romney for failing to support the Simpson-Bowles proposals:

In Tampa, they talked with great urgency about the nation’s debt. And the need to act, to act now. But not once, not one single time, did they tell you that they rejected every plan put forward by us — by the bipartisan Simpson-Bowles Commission they referenced, or by other respected outside group — to reduce the national debt. They were not for any of them. Why? Because they’re not prepared to do anything about the debt if it contained even one dollar, not exaggerating, even one dollar — one cent — in new taxes for millionaires. Folks, that’s not courage. And that’s not fair.

Obama offered to move to Chained-CPI multiple times, both before and after the election. The Republicans ultimately rejected these deals. But today, the Trump administration is once again trying to move us over to Chained-CPI.

It’s a pattern of behavior–establishment Democrats like Obama and Biden tell us over and over that if we don’t vote for them, the Republicans will cut Social Security. But when they are in office, these Democrats offer to negotiate bipartisan deals with the Republicans, and in those deals they offer to do precisely the things they promised to prevent. The result is a long line of bad deals that hurt the country–the Budget Control Act of 2011, financial deregulation in 1999, welfare reform in 1996, the crime bill of 1994, the list goes on. When they’re in power, the Republicans struggle to sell these policies, because the American people don’t trust them with social programs. But when establishment Democrats are willing to make cuts, their friends in the media play along nicely, and all sorts of horrors get through congress.

It’s a big part of why I increasingly prefer Republican presidents to centrist Democrats–we scrutinise and oppose the policies of Republican presidents, and we let Democrats get away with the really damaging stuff. Very quietly, Barack Obama delivered us public spending cuts that were ultimately bigger than some of the European austerity packages passed at the height of the Eurocrisis:

The result is that it was the Democrats who were blamed for job loss and falling living standards in rural America under Obama and Biden:

It’s what fuelled the resentment that led to Trump, and it will fuel the rise of something worse if we are so foolish as to invite Biden to resume making terrible deals with Republicans.