The Case for Combining Tuition-Free College with Debt Relief

This week, Bernie Sanders launched his campaign to annihilate all $1.6 trillion in student debt. This far exceeds the amount Elizabeth Warren promises to alleviate ($640 billion). Warren pledges to eliminate up to $50,000 in debts for those making less than $100,000 per year. Those who owe more than $50,000 would still have to pay the remaining balance, and those earning more than $100,000 would receive smaller reductions. By contrast, Sanders vows to eliminate all outstanding debt. Sanders also promises to use federal money to make public colleges and universities tuition-free. Warren’s policy on tuition relies on state governments to provide a large percentage of the funding, and that means that Republican governors and state legislators would be able to refuse to participate, in much the same way that they refused to participate in Barack Obama’s Medicaid expansion. This would create a two-tier system, in which Americans living in blue states would enjoy educational rights denied to Americans living in red states. The Sanders plan is the only plan predicated on the principle that further education ought to be a universal right of all Americans, regardless of where they live or how much money they earn.

But there are those who resist the Sanders plan, arguing that cancelling student debt and providing tuition-free college subsidises economically inefficient behaviour and rewards people who made mistakes. Others argue that debt relief is regressive, because college-educated Americans tend to be higher income than those who did not go to college. I think both of these arguments are wrong. Here’s why. 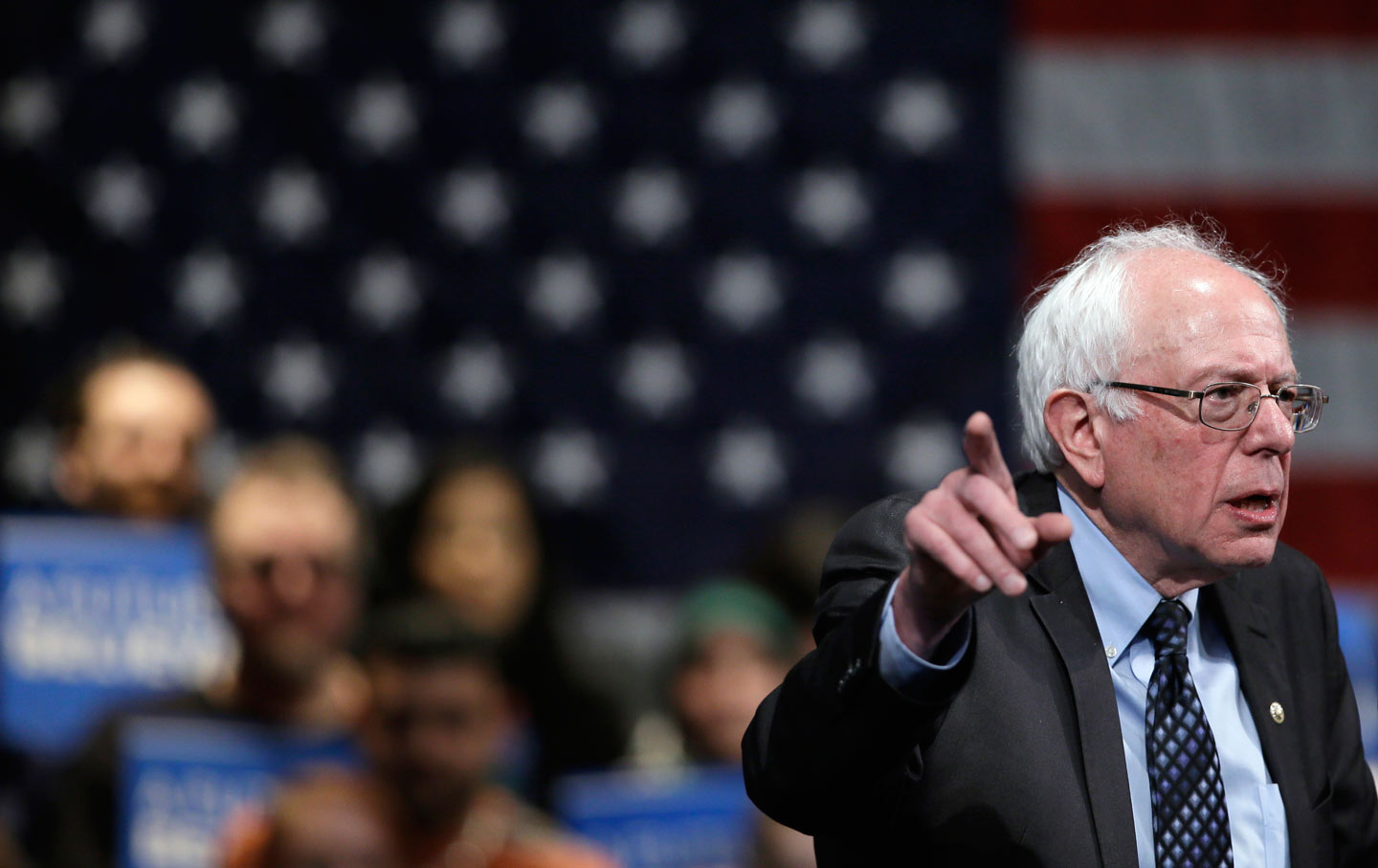 On student debt, there are three groups:

If I came from a poorer background, this would have been extraordinarily difficult. It would have required borrowing an immense pile of money. I have a friend who has pursued an undergraduate degree and a masters, with no help from family. Even with considerable financial assistance, she’s more than $70,000 in debt. Elizabeth Warren’s plan would still leave her with $20,000 left to pay. If you’re poor and interested in the arts, humanities, and social sciences, there are only two things you can do:

Those who borrow huge piles of money have to take whatever jobs are available to them to start repayment. They don’t get a free choice about what to do when they finish college–they are compelled to take whatever the economy will offer. Only a few will be lucky enough to find something that genuinely aligns with the degree they pursued. Most will be stuck doing something else. They may have resisted the fear of poverty at the start of their degrees, but they are subjugated by the power of the debt burden that follows from their bravery.

Those who do the “responsible” thing and pursue the sensible STEM degree to fund a return to education are rendered indentured servants, forced to surrender a decade or more of their early adulthoods pursuing the resources others are given as a birthright. They say that they worked hard and that others should have to do the same, and are thereby roped into defending the very system which stole their 20s from them.

Worse, many of the people who abandon their dreams never return to them. Immiserated in work they hate, they cope by buying lattes, taking trips, and sinking money into cars, apartments, and homes. Some of them throw themselves into the dating scene, hoping that a partner and some kids will fill the void. All of these things are expensive and all of these things come with responsibility, and the further down this path they tread, the harder it is to squirrel away enough money to escape their horrible jobs. Time passes, and they get old, and returning to school increasingly becomes unthinkable. The decision must be rationalised. They tell themselves it was the responsible thing. They say that those who took out loans and went into debt were silly dreamers. They say that those who didn’t go to school were stupid, lazy, or drug-addled.

In all of these cases, people who were themselves victims of the system become its defenders, alleging that others should have to submit to the same hardships they faced. They rationalise its failures because to do otherwise is to admit that they were unable to live free lives, that they submitted to the yoke of slavery because they were afraid. They resent the idea that others might have the good fortune to be free, simply because they were born later under different laws. And so they fight tuition-free college and debt-free college, because they are in pain. They know on some level, deep down, that they have not lived free, authentic lives, and the only way they can make this okay is by naturalizing and valorizing their own subjugation, foisting it upon those who follow.

The truth is that those who pursued the sensible STEM degree or already paid their extortionate debts are also victims of this system, albeit victims who are now beyond our help. The only real winners are those who, like me, were lucky enough to have the family resources necessary to do exactly what we wanted right from the start. If we’re honest, we know we did nothing to earn this. We are lucky to have parents who have resources and are willing to deploy them on our behalf. Of course, even we exist with some level of fear–what if our parents stopped helping? What if they cut us off? We have to keep them happy, because without them we are just like everyone else.

What about the other objection, from the left, which claims that these policies are regressive? If we were merely discussing debt relief, they might have an argument–most low-income Americans have never been to college and have no student debt to cancel. But by adding Sanders’ tuition-free plan to the debt relief plan, these concerns can be allayed. By offering to cover tuition for new students, Sanders ensures that those who don’t have debt to relieve can still benefit from the plan. What’s more, the Sanders plan extends tuition-free status to “tribal colleges, community colleges, trade schools, and apprenticeship programs”, leaving Americans with no interest in 4-year colleges many alternative ways to access its benefits.

Alone, debt relief might appear to give special treatment to those with outstanding debts. But in combination with the tuition-free plan, debt relief helps to instantiate a universal right to further education. The tuition-free component looks forward, protecting the right for those who are yet to pass through the education system, protecting the freedom of future generations and ensuring they will always get to make meaningful choices in early life, without fear of economic coercion. Meanwhile, the debt relief component looks backward, emancipating those who have been enslaved by debt and freeing them up to make new choices. Without tuition-free college, debt relief would be special dispensation. Without debt relief, tuition-free college would leave a generation feeling betrayed and isolated. Only together can the policies create a new universal, basic right. Only together can they expand the realm of freedom in America.

And that really is what we’re talking about–an expansion of freedom. When you must spend your time studying a subject you don’t care about or working a job you can’t stand because you fear poverty and deprivation, you aren’t free. Your time is not your own. In America we have grown accustomed to the idea that people in their 20s can and should be economically controlled, and we use the mechanisms of tuition and debt to control them. We let it happen because the cost of tuition crept up slowly, so slowly that no one noticed, that everyone treated it as natural and unremarkable. Yet, gradually, they have encroached, bit by bit. This is an opportunity to stop it, and if we do nothing it will go on and on and on and on.

We must get it for everyone. We cannot, as Elizabeth Warren proposes to do, abandon the people of the red states to torment at the hands of merciless Republican governors who see the university system as nothing more than state-subsidised job training, a means of serving up a whole generation of young Americans to their corporate masters on a stick. Every American must be free to choose their own path at 18, unimpeded by the grand designs of parents, firms, and their pet politicians. It must be the Sanders plan.