As folks begin to notice that Pete Buttigieg doesn’t have a developed policy vision, he has tried to fight back by throwing together a series of short paragraphs on the “issues” section of his website. Here, for instance, are the two paragraphs on healthcare:

Pete believes in universal health care. The health care system we have today is both unjust and inefficient. For the first time since World War I, life expectancy is falling. If you’re uninsured, you’re paying too much for health care. If you’re insured, you’re still paying too much. This burdens hard-working families, especially in communities of color, the most. Other developed countries provide universal coverage for less than what Americans currently pay — and with better results. The American people should not have to settle for less.

Pete supports achieving Medicare for All through a pathway that helps improve people’s lives along the way while allowing the economy to adjust. He calls this “Medicare for All Who Want It.” This plan makes a Medicare-type public option available on the exchange and invites people to buy into it: if corporate insurers don’t lower costs to deliver something dramatically better than what is available today, competition will create the glide path toward Medicare for All.

If you look at how this is written, it’s mostly fluff. He starts by telling us something we already know–that our healthcare system isn’t covering everyone in a just, efficient way. The whole first paragraph is a high school debate kid’s two-minute critique of the system. In the second paragraph you get to the proposal–“Medicare for All Who Want It.” This makes a “Medicare-type” public option available on the Obamacare exchange. We don’t know what Buttigieg means by “Medicare-type”, because he doesn’t get specific–the whole policy is two paragraphs long. We do know that Barack Obama proposed a public option in 2009. That’s not Medicare for All, and that’s not a new policy.

But these are just vague goals, with no concrete plan for meeting them or even a set of general suggestions. I’ve seen this sort of thing before–in high school English. Honors students learn very quickly that most teachers don’t have the time to actually read their papers closely. They realise that if they write in a fluffy, aphoristic style, they can get good grades without reading the plays and novels they’ve been assigned. That’s Buttigieg on policy–he writes just two paragraphs, and even these two paragraphs don’t say much of anything, but there’s just enough fluff in there that if you’re an ordinary voter and you’re not looking very closely you might imagine he’s substantive.

But maybe it’s wrong to beat up on Pete Buttigieg for treating the issues section of his campaign website like a high school English paper. He says:

Part of where the left and the center-left have gone wrong is that we’ve been so policy-led that we haven’t been as philosophical. We like to think of ourselves as the intellectual ones. But the truth is that the right has done a better job, in my lifetime, of connecting up its philosophy and its values to its politics. Right now I think we need to articulate the values, lay out our philosophical commitments and then develop policies off of that. And I’m working very hard not to put the cart before the horse.

I’m the first to say that judging a candidate by their policy proposals alone won’t cut it. Too often, politicians make policy pledges they can’t and won’t meet for political gain. When Elizabeth Warren issues piles of policies she intends to fund with an “ultramillionaire” tax she probably can’t pass and which the Supreme Court would probably reject as unconstitutional, those policies are much less substantive than they initially appear. It also doesn’t help that Warren is running her campaign with money from the very millionaires and billionaires she claims she’ll tax. While her presidential campaign publicly rejects big money donations, the presidential campaign squeezes millions of dollars out of Warren’s senate campaign fund–and there are plenty of big fish in there. Should we believe a candidate’s promises to soak the rich when the candidate has a long history of financial dependence on rich people? Sometimes candidates issue detailed policy plans, but they don’t intend to implement them. We do need to look deeper at people’s core values.

But Buttigieg doesn’t have a “philosophy” section on his campaign website. So what does Buttigieg mean when he says “philosophy”? I teach political theory at Cambridge, and when we teach political theory we’re often arguing about what the purpose of politics is, about the nature of the state, about the relationship between morality and politics. I don’t see any section on Buttigieg’s website where he talks about any of these things. What is Buttigieg’s philosophy? Do you know what it is? If you had to write 2,000 words on the question “Where does Buttigieg position himself in the history of political thought?” or “What is Buttigieg’s conception of the political?” would you have anything at all to go on?

You wouldn’t, because Buttigieg isn’t offering a rigorous account of his philosophical commitments. Buttigieg trades on the fact that people have already decided he’s a smart person. They assume he must have philosophical commitments, because he speaks a bunch of languages, went to an Ivy League university, and so on. They are deferring to his claims to expertise, without checking out whether there’s anything under the hood. Most of the people at the fancy universities who speak all the languages aren’t very deep or original thinkers. But they have learned to market themselves, to create an appearance of depth and originality through the deployment of vaguely intellectual language. The truth is that they go from place to place, never doing very much of anything useful. South Bend’s poverty rate is still over 25%. Its median household income is still under $38,000. Its schools still get F’s from the state of Indiana. He didn’t “revitalise” the city. He tore down some houses, built some roundabouts, and took a year off to play GI Joe.

Look, I get that Donald Trump holds the office and that would seem to suggest you don’t need to know much about anything or have substantive ideas to be president. But isn’t the whole point of getting rid of Donald Trump that we want a president who is a substantive person–with real ideas, and a genuine record of taking meaningful action on them–and not just a giant advertising experiment?

Because that’s what Trump is–the same old politics in a new package. The Republican Party proposes roughly the same suite of policies it featured in 2012 when Mitt Romney was running, but Donald Trump makes them appear transgressive and exciting by being belligerent and berating everybody. After all, it was Romney who said he’d repeal Obamacare, Romney who said he’d cut taxes, Romney who pledged to cut Medicare. Shall the Democratic Party do the same thing, and nominate someone with healthcare proposals from 2009 simply because he went to a fancy school and claims he’s some sort of philosopher? Does America need to re-run 2012 with new faces in the same old roles? Are we not tired of this gimmick by now?

The Buttigieg proposal on the Supreme Court–to fill it with five Democrats and five Republicans, forcing those justices to come together to pick a further five “unbiased” justices before the court can issue decisions–exemplifies how deeply unserious these people are. The Supreme Court is most needed to issue decisions when the country is badly divided along party lines. If openly political justices need to come to a consensus or supermajority on five judges to issue a decision, the court won’t be able to make decisions when the country’s need for decisions is most dire. By preventing us from using the court to adjudicate constitutional disputes when they are at their most intractable, the proposal would insert a poison pill into the constitution. If the court can’t resolve disputes, who can? The person who commands the armed forces, of course. That court proposal is an inadvertent road map to Caesarism, but Buttigieg can’t see it, because he’s just an honors English student whose political “career” is a glorified decade of SimCity. But hey, he went to Harvard and he speaks a lot of languages! 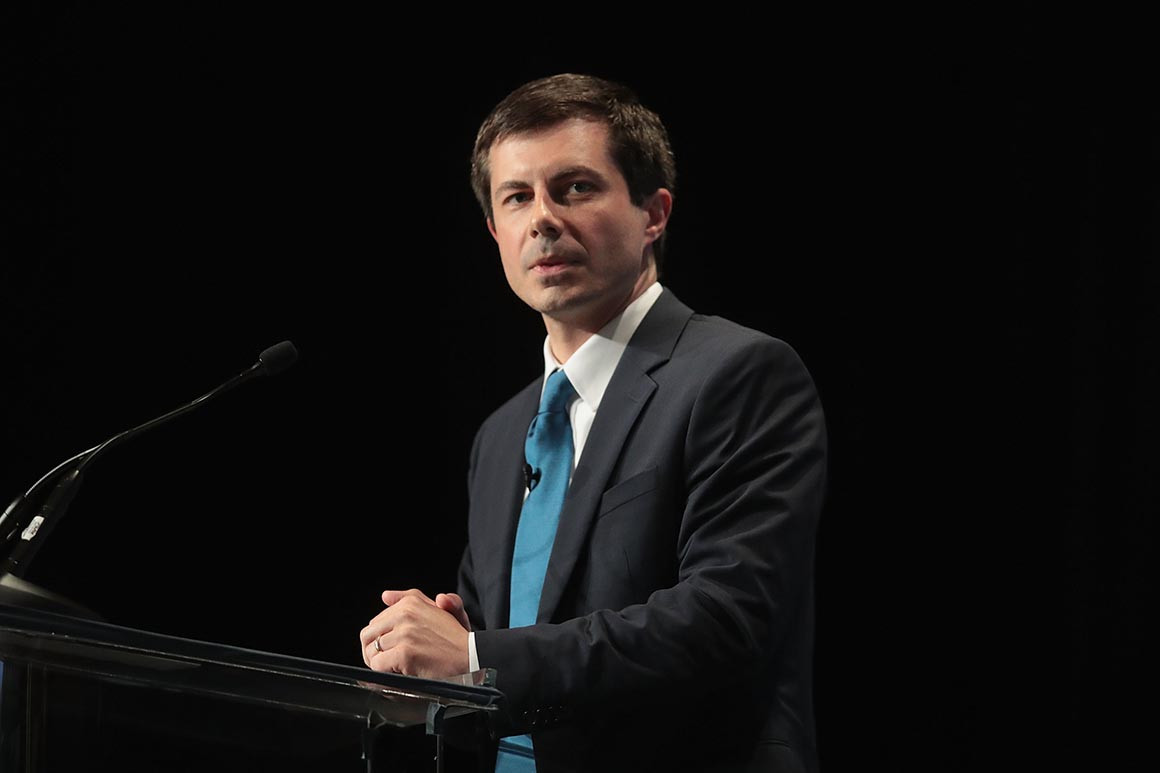