The Press is Helping Howard Schultz Blackmail the Democratic Party

Howard Schultz, the billionaire Starbucks executive, is not very good at politics. His independent campaign for the presidency has produced some of the lowest favorability ratings in American political history. Just 4% of respondents in a recent Change Research poll view him positively while a whopping 40% view him negatively. Schultz clearly will never win the presidency. The purpose of his campaign is to blackmail Democratic primary voters into nominating a centrist. This was obvious from the start, but Schultz has now made it explicit, offering to drop out of the race if the Democrats nominate someone he considers acceptable:

I would reassess the situation if the numbers change as a result of a centrist Democrat winning the nomination.

So we have a billionaire everyone hates who is attempting to use his wealth to fund a presidential campaign no one wants so that he can intimidate ordinary Democratic primary voters into voting for his preferred candidate. Most billionaires intervene in primaries by donating to the candidates they like–Schultz is threatening to depress Democrats’ general election vote counts to get his way. Initial polling shows he might take two to four points from a Democratic nominee. This billionaire is helping Donald Trump because he is mad at primary voters. And yet, despite this, he continues to receive an immense amount of free publicity from American journalists. Just this week, CNN gifted Schultz with a televised town hall, and piles and piles of media outlets elected to cover the things Schultz said. Much of this coverage was negative, but as we’ve seen with Donald Trump, giving someone free press–even negative free press–helps them build name recognition. 56% of people still don’t know who Schultz is. Based on the early polling, for every 10 new voters who become familiar with Schultz, one of them might become a Schultz supporter. Telling people he exists is unhelpful. Even this post, insofar as it introduces new people to Schultz, is counterproductive. But I do want to make a wider point about the media’s relationship with wealth, and hopefully that wider point is worth the cost of mentioning this cretin.

There are really several different reasons the press gives Schultz a platform:

So the media outlets are generating a lot of content about Schultz to get ad revenue from our clicks on the stories, to get future ad revenue from him, and because some executives like his politics and wish to promote him. Because more than half of Americans still don’t know who Schultz is, it’s very possible to promote him even with negative stories. Anything which raises his minuscule poll numbers by a point or two makes him a significantly more credible threat to cause trouble for the Democratic candidate. If the media can get the 56% familiar with Schultz, it won’t matter if only an additional 5% come to view him favorably. That extra five favorability points can easily translate into a couple extra poll points, and the 2-4 point swing could instead become a 4-6 point swing. It may sound small, but the difference in US presidential races is often only a couple points. Schultz is better off with 10% favorable and 90% unfavorable than he is with 4% and 40%.

So the press can help Schultz exercise more influence over Democratic Party politics while at the same time appearing to condemn him. Compare his coverage to the coverage of say, Andrew Yang: 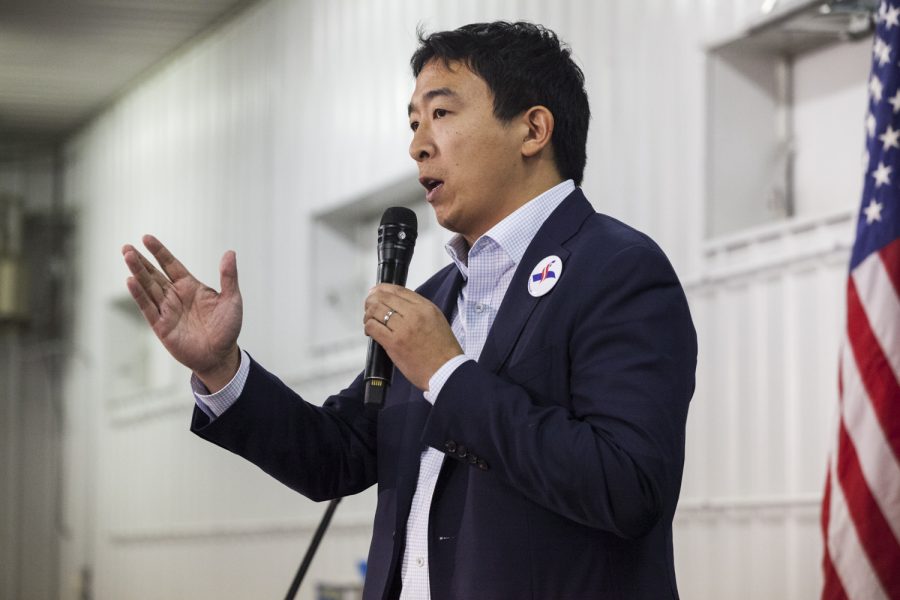 Yang is running for office mainly to promote discussion of universal basic income (UBI). He has no chance of winning–Morning Consult doesn’t even include him in its polls, and it includes 19 candidates, including four who are polling at 0%. Why doesn’t Yang get coverage? Because Yang is a millionaire rather than a billionaire, he can’t self-fund a campaign or buy a significant amount of ads. He doesn’t pose a credible threat to help media moguls blackmail the Democrats into nominating a centrist. Americans don’t particularly hate Yang–they just don’t care about him. There’s no money to be made covering him, there is never going to be any money to be made covering him, and he doesn’t serve any substantive political purpose for the people who control the platforms. I would argue his campaign is mostly a waste of time–he won’t get much coverage, and therefore he won’t be able to deliver much meaningful attention to UBI. (As an aside, the UBI he is proposing is also too small to be exciting or game-changing anyway.)

Schultz’s candidacy is destructive and useless, but it does throw into sharp relief how deeply unequal the distribution of discursive power is. The people who generate ad revenue, either by purchasing ads themselves or by providing content that appeals to mass audiences, have a lot more discursive power than the people who don’t. The people whose politics flatter the sensibilities of the people who control the platforms are far more likely to be taken seriously as legitimate presidential candidates and given disproportionate attention in consequence.

We saw how this played out last time with Trump and Sanders. Trump can buy ads, Trump content generates clicks, and after some initial resistance some media moguls (like FOX’s Roger Ailes) decided Trump’s politics aligned with their own. Sanders couldn’t buy those ads, his policy and issue-oriented content never generated as many clicks, and the billionaire bosses never cared for what he had to say. The same incentives that produced these dynamics in 2016 continue to operate today, to the benefit of Howard Schultz and to the detriment of the rest of us. The press is itself substantively political, and the market incentives that govern the press empower the oligarchs.