Why We Have Borders

When I was in undergrad, I was for open borders. The people in the postcolonial states have been badly screwed over for ages. The western states did this to them–why not let postcolonial peoples get access to western job markets, western public services, and yes, even the western welfare state? They’re human beings, just like us. The purpose of borders is to determine who has access to the juicy western stuff and who doesn’t. Why should anyone be denied access to that stuff? It’s patently unfair. The global economy is a system. The rich countries have gotten rich off the backs of the poor countries–our achievements are their achievements too. Why can’t they share in the spoils?

More recently, I wrote a piece for Current Affairs about the value of political unions. In this piece, I argued that we couldn’t economically integrate territories–permitting capital and people to move freely within them–without politically integrating those territories. Political integration is hard–people in rich countries don’t want to have to redistribute resources to people in poor countries, and they don’t want people from poor countries to get a say in decisionmaking. It’s much easier to get people to support free trade and free movement than it is to get people to support creating and expanding federal states. I reluctantly concluded that we can’t open our borders economically until we’re ready to open them politically. Free movement and free trade with Mexico requires political union with Mexico, and until Americans are willing to do the latter the former will cause trouble. 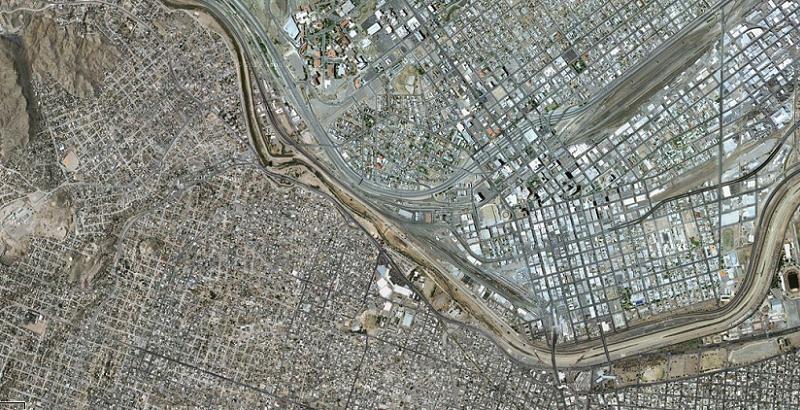 What shifted my position? I watched what happened in Europe. The European Union has tried to make Europe into a free trade and free movement zone. But at the same time, it has tried to preserve national sovereignty and distinctiveness for particular European states. The result is that when there’s a crisis in Europe, the EU cannot compel its member states to redistribute capital or people. European nation-states can refuse to help each other out. Germany can refuse to bail out Greece. Hungary can refuse to take refugees. When Eastern Europeans move west and suffer brain drain, the west tells them to “get good“. When states don’t behave in a cooperative, collaborative way, the EU has no teeth. It needs a unanimous member state vote to seriously punish Hungary, and Poland happily protects it (and is protected in turn by it). The German bundesbank dominates the European Central Bank so thoroughly that individual member states are effectively supplicants to Germany in bilateral negotiations whenever they need the bank to give them a quick influx of cash. Nobody helps Eastern European states deal with population loss.

The result is that the global economic crisis of 2008 lingers in Europe. Some states still have extremely high unemployment rates. Others took a lot of refugees really fast and have struggled to process and integrate them. A few have seen their populations fall rapidly as large numbers of people simply leave. The political response? Nationalism has been on the attack–many Europeans have decided the right response to the problems of economic integration is to simply not do it, and roll back free trade and free movement. Those who call for political integration to solve these problems–like Yanis Varoufakis, or Martin Schulz–are largely screaming into the void. Instead, the move in Europe has increasingly been to triangulate in a bid to appease these people. The EU cut a deal with Turkey to stem the flow of migrants. Britain is trying to leave the EU and end free movement. The right nationalist government in Italy is in standoff with the EU over just about everything.

The more economic integration goes wrong, the farther away political integration feels, and the longer Europe goes without political integration, the more economic integration goes wrong. It’s a vicious cycle that is tearing Europe apart, and may end with the EU broken and shattered. On their own, European nation-states would be too small to have much leverage in international trade or climate deals with the powerful unions that will dominate this century–the United States, and possibly some combination of China, Russia, India, and Brazil. They’ll be cut up into spheres of influence and appendaged to these unions as colonies through bilateral trade deals. The students will become the masters and the Europeans will end up under the yoke of their own offspring, like pensioners in retirement homes.

We have borders because we don’t care enough about the people on the other side of them to make political decisions with them. We’re willing to trade with them, and we might even be willing to let some of them move to our countries, but we aren’t willing to federate. When we make free trade and free movement deals with poorer countries, we make them on our terms for our benefit. They come to us as supplicants, like the Greeks do the Germans.

The US-Mexico relationship is very much like this. We talk about the cost of NAFTA for our working class, but Mexican farmers paid a far higher price trying to deal with subsidised American agricultural imports. We talk about the cost of integrating and assimilating Mexican immigrants, about how our workers have been forced to compete for jobs and wages with them. And sure, initially Mexican immigrants may send a significant percentage of their wages south of the border. But then their families us that money to follow them, and before too long Mexico has lost entire families and communities of productive people. We do little to help Mexico deal with the unfettered trade of guns for drugs that flows across the Mexican border and produces so much violence and political instability Mexico. Why? Because Mexico is a foreign state–we’re not in a federal union with them, we don’t feel responsible for what happens there. Americans don’t want to open our public services and welfare programs to Mexicans. They don’t want to let Mexico have representation in our legislature. We want to trade and interact with Mexico, but we want this be on our terms, not theirs. We now have a president who says this openly, and some of us are perfectly happy with this and think it’s just dandy.

But it’s not just the Trumpeteers. When folks call for open borders and the abolishment of ICE, they aren’t calling for federation with Mexico. They aren’t calling for Mexican representation. Implicitly, they want us to do with Mexico what the Europeans have done with the East. Integrate them economically, but deny them political standing. Some of them claim that they want to transcend the nation-state altogether in the name of the socialist utopia–but their strategy is to call for economic integration first and political integration later. That’s the strategy the Europeans use. That doesn’t work. That leads to economic crises which we then lack the political tools to solve. A crisis of this kind has already unfolded in Mexico–what we deal with is small potatoes by comparison.

I love political unions. I want more of them. I want them to be bigger. But they need to be political. We can’t skip steps. If we don’t do it right, the unionism bolder rolls back down the hill and squashes us.

For that reason, in the Current Affairs piece I gave some practical guidelines for union building:

Looking around today, I see hardly anyone–on the left, in the center, or on the right–who wants to build unions and wants to build them the right way. Instead, there are people trying to build weak, unstable confederacies and empires and there are people trying to smash those projects and send us back to the nation-state stone age. That, my friends, is why we have borders, and why we will go on having them for the foreseeable future. Sorry undergrad me–we can’t have nice things, at least not yet.