I’m no great fan of state of the union addresses (as long-time readers are sure to know). They are platitudinous affairs in which presidents tell a long series of anecdotes about particular people they claim their policies have helped. The responses from the opposition are no better, full of vague rhetoric that sounds as if it were recycled from old 90s stump speeches. I won’t review all this nonsense–it’s a waste of your time and mine. But I will offer you my review of Donald Trump’s first year. It’s a review focused on what the president has done, not on what he’s said. My interest is in large-scale policy that affects real people–not in scandals and tweets. If that still sounds interesting to you, come along for the ride. 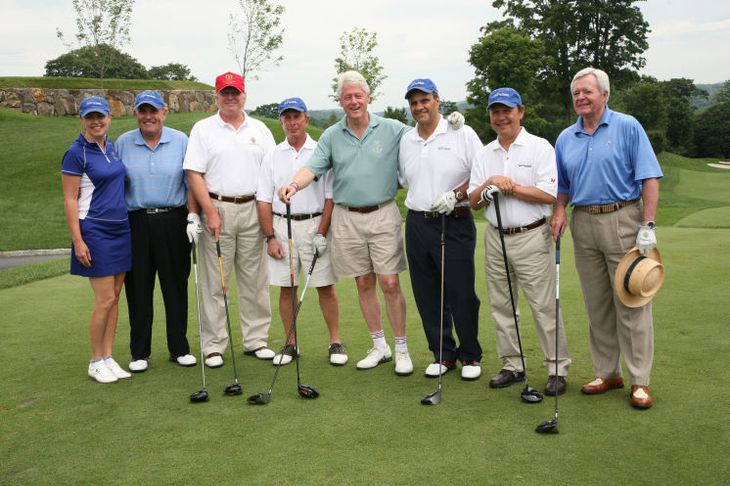 When Trump was elected I made a list of some things he might try to do. I divided the list into three sections–those which required congress, those which required the courts, and those he could do unilaterally. I’m going to reprint the list here and put in bold the things I take Trump to have done:

Things Trump Can Do Unilaterally, in Theory:

The Things Trump is Most Likely to Get Away With:

Trump has been able to do a bit more of the stuff which requires congressional cooperation than I expected because of the Republicans’ willingness to use budget reconciliation to shunt things through, circumventing the Senate Democrats’ filibuster. But the things he’s done through Congress are the sorts of thing any Republican President might have been expected to do. Going after the individual mandate, tax reform, and the Consumer Financial Protection Bureau are all things which a President Jeb Bush might have done. Same with appointing a conservative judge (Neil Gorsuch) or appointing industry insiders to regulate the industries they used to work in. George W. Bush did most of these same things. Bush even pulled the United States out of the Kyoto Protocol–a stronger and more binding agreement than the Paris Climate Deal.

Trump has also been much more conventional on foreign policy than he claimed he would be in the campaign. He went after the TPP, but it hadn’t been finalized and going through with it would have caused him embarrassment. Extant deals which seriously obligated the United States (NAFTA and the Iran Nuclear Deal) have not been touched. Trump has managed to spook NATO allies into raising defense spending, but many of them are still significantly below the 2% target and the US hasn’t left. He has yet to get anywhere with the wall (much less with making Mexico pay). Ongoing negotiations about the Dreamers could change that, but Senate Democrats still have every opportunity to block a deal they don’t like and force Trump to take responsibility for the fate of DACA.

Of all the things he’s done, the thing I find most concerning is the thing nearly any other Republican might have been expected to do–the large tax cut for the rich. My concern is not merely about the unfairness of the policy or the impact on the deficit. Large tax cuts for the rich at a time when the stock market is inflated and there’s a giant cryptocurrency asset bubble will only give the wealthy more money to throw into already overheated markets.

This only serves to increase and accelerate the likelihood that there will be another reckoning down the line. US GDP is about a quarter higher now than it was in 2008, and global GDP is about a fifth higher. Yet the stock market is almost double the 2008 level. Can the real economy possibly justify that? The president keeps bragging about how high the markets are running, but I doubt he’ll want the responsibility when this thing inevitably runs out of steam. But we will all remember–in his very first year in office, he dumped gasoline on it.

But even this was a totally pedestrian thing to do–George W. Bush passed a tax cut just like it early in his presidency, and the extra money he threw at the rich no doubt contributed to the housing bubble. The Bush tax cuts cost the government $3.5 trillion in their first decade. And besides, much of the present stock bubble inflated during the Obama years. These kinds of policy mistakes, which distribute too much wealth to the investor class and too little to the consumer class, have been made by both parties for 40 years now.

Donald Trump’s first year wasn’t good. But most years in American politics these days aren’t very good. The hyperventilating response Trump often gets–tied to his tweets and the way he talks and presents himself–hasn’t really been reflected in administration policy, which looks more or less the same as it would under your average replacement-level 21st century Republican. This is a standard, boring Republican presidency. It is precisely the kind of presidency Donald Trump campaigned so hard against in the primaries. Remember? When he was running against the “puppets”?

I wish good luck to all of the Republican candidates that traveled to California to beg for money etc. from the Koch Brothers. Puppets?