Sanders has made the right call. Here’s why.

In his remarks, Sanders listed several areas where he’s convinced Gorsuch has the wrong position:

Gorsuch has sought to portray himself as a reasonable, mainstream Supreme Court nominee, and many media outlets have been happy to help him out. But academic research does not support this. Epstein, Martin, and Quinn use a reliable, empirically-tested method to evaluate the left/right ideology of current and potential Supreme Court justices. Their work places Gorsuch further right than Scalia:

Included in the chart are all the other individuals who were mentioned as possibilities by President Trump or someone connected to the administration or the Republican Party. As we can see, there are only two possible justices who scored as more conservative than Gorsuch–Eid and Lee. Both of these judges occupy the same general ideological space–in between Scalia and Thomas. 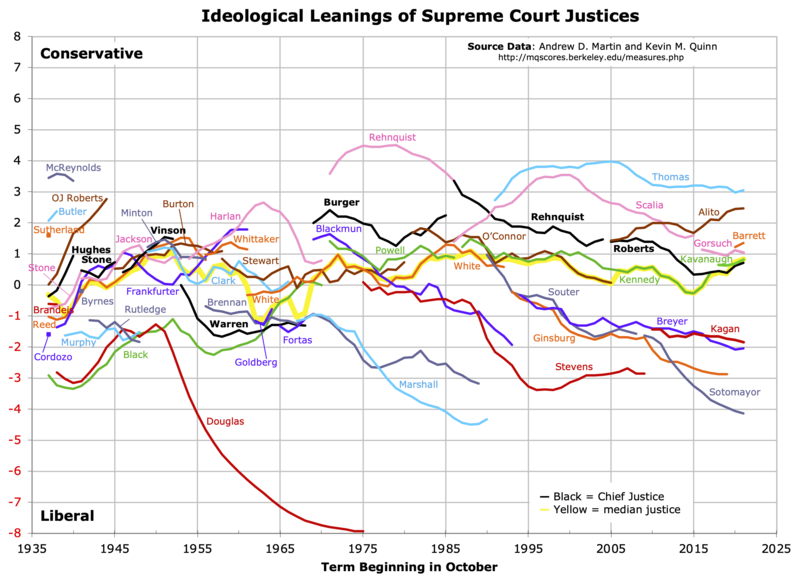 I would have some sympathy for the argument that we ought to accept a Trump nominee to avert a worse selection if Trump had indeed offered the left an olive branch and picked a moderate like Willett or Hardiman. If he had picked a judge occupying the space between Roberts and Alito like Blackwell or Colloton, we could have a debate. But if Trump is going to pick judges that are more conservative than Scalia anyway, what is the point in supporting them? What do Democrats gain?

All confirming Gorsuch does is allow the Republican Party to set the agenda for what counts as a “moderate”. It paints Democrats as cowards and weaklings who will not stand up for left wing principles. During the Obama presidency, Republicans repeatedly filibustered and blocked appointments and legislation without paying a meaningful political price. Instead, their supporters were galvanized by the GOP’s willingness to espouse conservative principles even in cases where such gestures proved futile. Many are now afraid that if Democrats oppose Trump too voraciously, Trump will refuse to make concessions, but President Obama frequently made concessions to Republicans even though they repeatedly stood obstinate. Indeed, the more Republicans fought Obama, the more concessions he made–his nominee, Merrick Garland, was projected by Bonica et al. to have occupied the same ideological space as Willett.

I am not against cooperating with Donald Trump regardless of the circumstances–if he offers to get behind a real infrastructure stimulus plan, I’d support that, and if he had nominated Willett or Hardiman, I would have accepted that compromise. But cooperation with Trump is only worthwhile when he is actually offering Democrats something of value in return. Gorsuch is not a meaningful concession and those Democrats who vote for him are either ideologically compromised or painfully bad at the art of the deal.