4 Questions about the Charleston Shooting and the Confederate Flag

Last week, 21-year old Dylann Roof murdered nine people with a handgun in a church in Charleston, South Carolina. Over the course of the last week, much has been said about this in the American press, and I want to discuss some of the moral and political questions at stake here.

Question 1: Why did Dylann Roof murder these people, and why do people want to commit mass murder more generally?

Dylann Roof is most definitely a racist. He has been photographed with the confederate flag, which is a popular symbol of white supremacism:

He has also been photographed sporting the flags of apartheid South Africa and Rhodesia, deeply racist states:

Roof also has written a racist manifesto. The manifesto is morally repugnant and extremely stupid. It is clear that racism is the proximate motivation for Roof–he chose to kill these people in this way at this time because of his racist beliefs.

That said, there are a great many people who believe repugnant things who do not condone violent acts of this kind. On Stormfront, a popular internet forum among white supremacists, many people with similarly repugnant beliefs condemned Roof’s violent actions,  (they also engaged in a lot of ridiculous conspiracy theories alleging that the government and media have made Roof look like a white supremacist to discredit them). There are also many mass shooters who are not explicitly racist in the way that Roof is. What they all have in common is a disturbed personality–they have all been inadequately socialized.

As I said after the Elliot Rodger mass shooting, racism and sexism do not turn people into mass shooters, they merely provide targets for people who have deeply flawed personalities. These people are already predisposed to violence and have access to extremely lethal weapons. Racism caused Dylann Roof to target these specific people, but Roof’s personality made him capable of committing mass murder. All racists have repugnant views, but only a small percentage are willing to act on those views in the way that Roof did. Roof was inadequately socialized in some way–he was unable to find a constructive social role for himself, and he became marginalized and alienated. When people cannot find happiness and self-actualization, they look for some external group or person to blame. The group they select varies. For Rodger, it was women, for Roof, it was blacks. For ISIS, it’s non-Sunni Muslims. For Hitler, it was Jews. The key thing to bear in mind is that the violent hatred is driven by the marginalization and by the damaged personality, not the reverse. People become racists because they are damaged, and they become violent racists because they are severely damaged. No reasonable, well-socialized person chooses to become a white supremacist, and certainly not a violent one. So while it is always a good thing to ask what we can do about racism and sexism, we should bear in mind that one very effective way to counter these repugnant views and the violent acts that sometimes accompany them is to take better care of marginalized people in the first place, to ensure that they are adequately socialized.

Question 2: Should we call Dylann Roof a terrorist?

Many left-leaning commentators have rightly pointed out that the media seems to have a deep bias when it evaluates murderers. There is a tendency to dismiss Muslim murderers as “terrorists” while white Christian murderers often get the benefit of the doubt, with pundits speculating that they might have mental illnesses. There is a serious inequity in the coverage, particularly on TV news, and I agree that we ought to remedy it. But there are two ways to go about this:

There has been a presumption that the right way to resolve the inequity is to treat Christian murderers the way we treat other murderers–by calling them “terrorists” or “thugs”. This is a mistake. We treat Christian murderers like real people. We try to understand their motivations and the various social and political forces that cause them to be violent. This is a very productive thing to do. We need to understand how people are becoming inadequately socialized and how inadequately socialized people are getting access to weapons if we’re going to reduce the number of inadequately socialized people and render the remainder less dangerous. When we call non-white murderers “terrorists” or “thugs”, we dismiss their actions as intrinsically and chaotically evil. We divest ourselves of collective social responsibility for them and we pass up our opportunity to reflect on how we avoid creating angry young people and help those we have created.

On a more domestic level, our tendency to dismiss black murderers as “thugs” has made us ignore the reality that we have serious racial inequalities in our society, that these inequalities cause blacks to become inadequately socialized, and that this results in acts of violent desperation by angry young blacks.

If we start treating white Christian murderers this way, we are only going to make it harder for ourselves to get to the bottom of why people are violent and what we can do about it. By blaming murderers and treating them as inhuman villains, we perpetuate the social and structural conditions that lead people to become murderers. It can be very difficult to have compassion and empathy for the people who inflict such horrific pain on our society, but this is necessary if we want to solve the underlying problems. We need to stop seeing murderers as the disease and instead recognize them as symptoms of larger social and economic phenomena.

Now, some people object that on a textbook definition, Roof was a terrorist–he’s a non-state actor who killed people to spread terror for political purposes. But this misses the point. The word “terrorist” does not merely describe such a person, it is accompanied with a bunch of negative baggage that encourages us to dehumanize people and treat them as villains. In light of that, it may never be a good move even to call textbook terrorists by the name. These are merely inadequately socialized individuals who have committed murder as a result. They act in a wrongful, repugnant way, but they are not villains–they are not to blame for the way that they are. Insofar as terrorists are villains, no one is terrorist. We ought to use the word only if we have the philosophical maturity do so without implying or inferring villainy.

Question 3: How do we stop this from happening again?

There are two strategies for dealing with murder:

The first strategy can be implemented in a structural way that goes after the root causes of murder, or it can be implemented in an agentic way that merely blames and targets the symptoms–the murderers themselves. We are too agentic in our approach. We try to kill or imprison individual murderers instead of considering murder as a social pathology.

Anything that contributes to a person’s sense of social marginalization and alienation increases the risk that a person will become a murderer. This means that we need policies that fight everything ranging from poverty to mental illness to inequality to bullying to child abuse. These things may be interrelated. We know, for instance, that inequality contributes to murder:

And we also know that inequality contributes to mental illness:

And we know that murderers are disproportionately likely to be mentally ill. Here are the percentages of murderers with varying levels of symptoms of mental illnesses in England and Wales from 1997-2006:

We should enact policies that lower economic inequalities, lift people out of poverty, and improve access to and quality of mental health treatment and prevention.

In the United States, we do very little to implement the second strategy (reducing the ability of murderers to inflict damage) because our society has an unreasonable affection for firearms, despite substantive evidence that this contributes heavily to the homicide rate:

There are no good arguments against gun control–I have written about the issue many times and have responded to many bad arguments, but these arguments do little good because second amendment enthusiasts hold their position irrationally.

Unfortunately, people’s opinions do not change the facts. If we want to reduce the number of murders, we need to do a better job handling inequality, poverty, and mental illness, and we need comprehensive federal gun control laws. We are unlikely to get any of this. It’s far more likely that people will rally around something symbolic that will have little lasting impact on the murder rate. Which brings us to our last question…

Question 4: Will taking down the confederate flag help?

There are still a number of US states that fly the confederate flag, including South Carolina, where the shooting happened. Mississippi even uses it as part of its state flag: 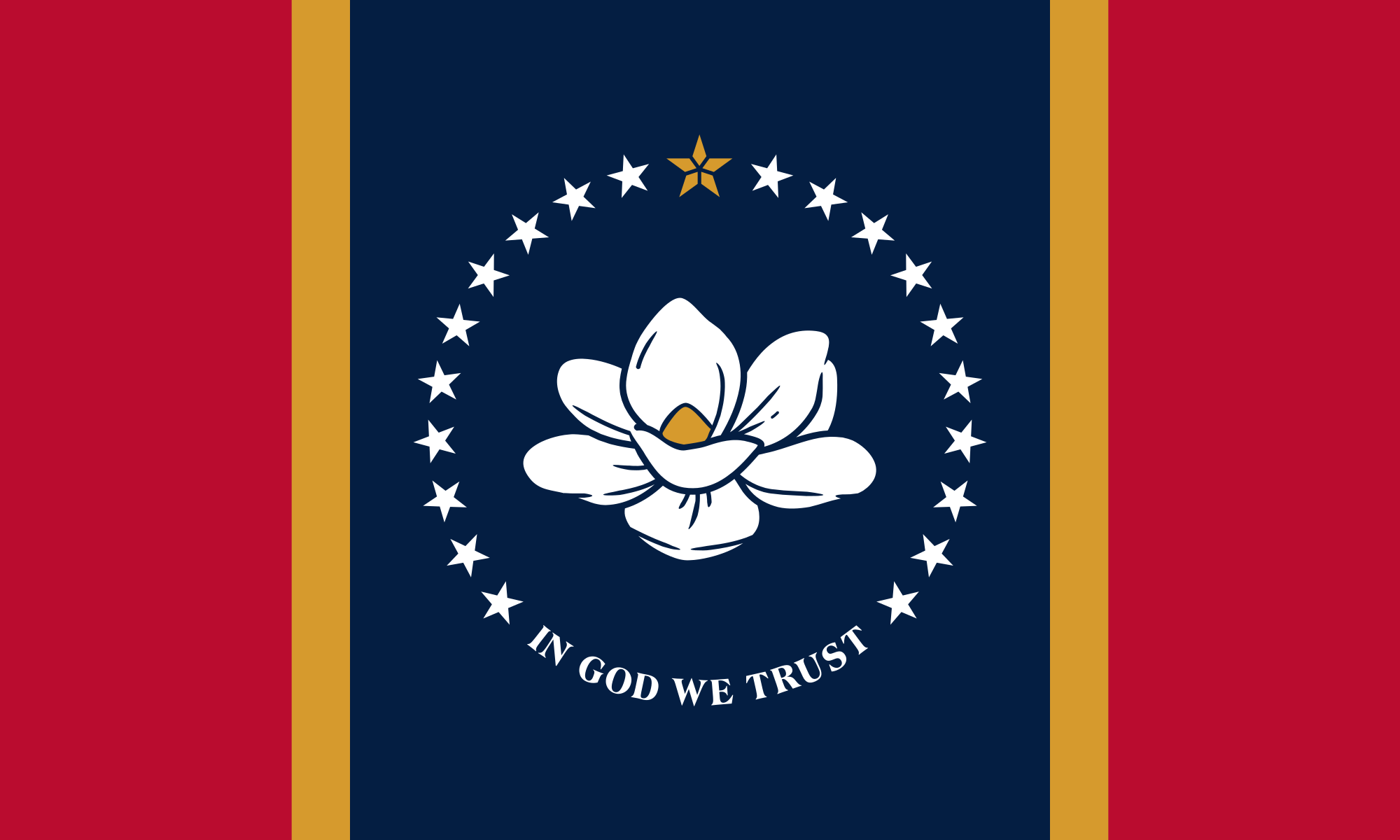 The confederate flag is a morally repugnant symbol of racism, exploitation, and treason. Private individuals should be permitted to fly the flag because free speech entitles people to hold and express repugnant views, but it is abhorrent for the governments in these southern states to fly these flags. By flying them, the state governments implicitly endorse racism and show unequal concern for the interests of their black citizens. They also implicitly endorse treason against the federal government–even for this reason alone, the federal government should not permit states to fly these flags.

Obviously the state governments should take down all flags displaying the confederate symbol and should have done so long ago. They never should have put them up in the first place in the 1860’s, and the federal government should never have permitted state governments to fly the flags for any reason at any point in time.

But is this going to solve the murder problem or structural racism? Obviously not. Taking down the confederate flags is not going to redistribute opportunities and resources to poor blacks. Even if it did, this would not reduce the homicide rate except insofar as it also tackled the overall poverty, inequality, and mental illness rates, as well as the number of guns in private hands. This is a symbolic gesture. It’s a nice thing, to be sure, but it is not going to substantively improve the lives of poor, marginalized people or have any substantive influence over the murder rate. Nearly everyone can feel good about themselves by opposing the confederate flag, but only because this requires no sacrifice on their part and consequently cannot solve anything. By shifting the national conversation to the confederate flag and away from the substantive structural issues that sustain racism and murder, we have done ourselves a disservice and helped the gun lobby and the opponents of equality and prosperity ensure that there will be many more deaths in the years to come, and many more occasions for me to write posts like this one. The flag debate does little more than placate an outraged public with a token victory, leaving the rest of the system untouched. This is distraction politics, and it’s what happens when we react to political events with outrage, blame, and vitriol rather than with calm and collected analysis. We are confronted with adult problems and a rare opportunity to do something meaningful about them, and we respond by running around like screaming children.