Today I’m once again continuing the Polished Politics series on YouTube, which offers my stuff in a more accessible, simpler format. Here’s the new video:

As always, I have the text version below for those who prefer reading to viewing, complete with links to sources.

END_OF_DOCUMENT_TOKEN_TO_BE_REPLACED

Why You Should Get a Raise

Since the global economic crisis of 2008, many of the world’s advanced economies continue to struggle to recover. In many of these countries, growth since the crisis has been much slower than it was in the years prior. Indeed, when we look closely, we see that the 2004-2007 growth average is higher than the 2010-2013 average in just about all the major advanced economies, and that in some countries this difference is very large: 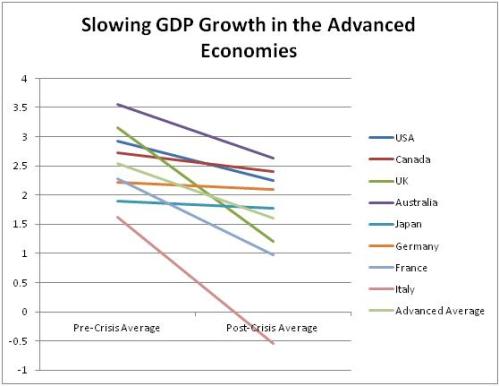 What’s holding back recovery? To understand this, we need to understand what kind of economic crisis we’re trying to recover from in the first place. END_OF_DOCUMENT_TOKEN_TO_BE_REPLACED