All around us, the quarantine is beginning to die. In the United States, the Southern states are slowly abandoning it and many Midwestern states are planning to follow. But it’s not just Republicans. The European states are bailing too. If you ask Democrats why states are beginning to defect, they will tell you it comes down to greed and stupidity. They’ll tell you the rich Republicans are greedy and the poor Republicans are stupid. But this policy was never a good fit for either the American or European political systems. To work, it needed a lot of economic support from regional authorities, and it never got that support. 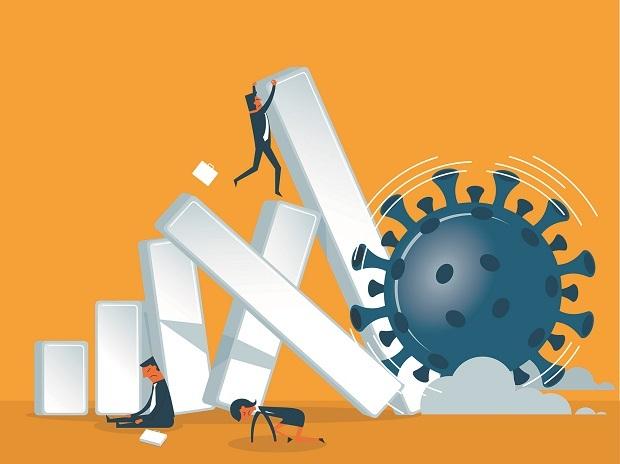 For most of the last century, the social pact in America has been pretty simple. If you’re willing to work, you get healthcare and housing. If you’re not willing to work, you lose both. If there are no jobs available, the government promises to create them, and to take care of your healthcare and housing in the interim. Full employment protects against precarity. The quarantine violates this pact by deliberately annihilating millions of jobs. It intentionally sets about destroying full employment.

If we’re to end full employment, there needs to be an alternative way to provide healthcare and housing. These things will have to be guaranteed to us regardless of employment status. That’s really expensive. Individual US states don’t have the tax revenue to pay for that. The European Union’s fiscal rules would ordinarily prohibit that kind of spending. To get it, we’d need action from the federal government and from the EU.

Initially, it looked like we might get it. In the US, a big $2 trillion stimulus came out. But most of the money was loans to businesses and direct cash payouts to citizens. The cash payouts were too small to properly cover healthcare and housing. Much of the cost of the quarantine continued to fall on US states. Now US states are turning to the federal government for aid. If they don’t get it, the losses in revenue will overwhelm them, forcing them to make sweeping cuts to schools, infrastructure, and pension programs. Congressional Republicans want to withhold the money until Democratic governors agree to gut their states’ pension programs. Do Democratic governors want to use federal money to resolve long-standing budget problems? Of course. But by withholding the money, Republicans make the states skittish about continuing to take on economic damage. Their voters are getting desperate, and they don’t have the resources to help, and they can’t rely on the federal government to provide those resources. So they’ll take their chances and hope that ending the quarantine in stages gets them some economic relief.

In Europe, the EU suspended the fiscal rules for the time being, but European states have no guarantee their creditors won’t come calling down the line. Europe lacks a federal state and can’t do a proper bailout. A coalition of states–including France, Italy, and Spain–tried to push for the creation of “Eurobonds”, in which the whole of Europe would take on the debts of the member states. But without a federal state to raise European taxes to pay for those Eurobonds, the proposal was essentially a request for a blank check. Germany and the Netherlands could not support a policy that would leave them on the hook for an unlimited amount of spending. The coalition didn’t ask for the institutions that would be necessary to support Eurobonds, and without those institutions Eurobonds can’t happen. Of course, without Eurobonds, the coalition is stuck waiting for the Germans to flip back to a tight-money position and begin demanding more austerity in exchange for further support. They can’t continue to fund the quarantine without firmer guarantees. And the Germans cannot give them further guarantees in the absence of a federal Europe. And there cannot be a federal Europe, because ordinary Europeans don’t trust European institutions enough to give them the power. And why is there no trust? Because in situations like this, the extant European institutions fail them comprehensively.

All of this was predictable. Of course the federal government and the EU would not offer enough support. The Democrats always ask for far too little up front, and when it’s not enough the Republicans rarely consent to more. The Europeans have never been able to handle economic crises in a collective way because they don’t have a federal state. It always becomes a power struggle between core states like Germany and peripheral states like Spain, and Germany always wins those showdowns. What’s the alternative for a country like Spain? They could leave the European Union, and then their economic situation would get even worse. As for France? The French never know what demands to make and they always give in when Germany refuses to meet them.

People who study political economy saw all of this coming. We know what happened after 2008. The US states were stuck with bills they couldn’t pay, and shredded their schools. The European states were forced into austerity measures and gutted their public services. Now they are being asked to wilfully submit themselves to an even more severe crisis, and they are being asked to trust the same regional institutions that left them in the ditch last time. The regional institutions need to clearly demonstrate that this time will be different, or the states will cut and run. And the regional institutions can’t and won’t, because their institutions are defective–the federal government locks up in partisan sclerosis, and the Europeans are incapable of creating a federal government in the first place.

But nobody consulted political economists. Public health officials conceived of the quarantine policy in a deeply naive way. For them, the only goal was to save lives. They pursued that goal at the expense of the social pact, with no plan to replace it. For weeks, they dismissed any discussion of the economy as indicative of greed or stupidity, ignoring the immense cost of their policy and the political consequences of the cost. Any attempt to introduce complexity into the public discussion was equated with denying the threat of the virus. Because of this, the quarantine is going to end, and when it ends the virus will take off again. Through their absolutism, the advocates of the quarantine have guaranteed the very result they sought to avoid.

We always get policy failures whenever we listen to experts who have been trained to achieve only one goal. The public health official who has only been trained to protect life is no more capable of making policy than the economist who has only been trained to protect wealthy people’s bottom lines. The problem with letting technocratic scientists and economists make policy is that they don’t understand the political consequences of their actions. They don’t understand people. They can’t fathom the existence of social values outside of those they have been trained to advance. When they are confronted with such values, they make little effort to comprehend them or the people who hold them. Instead of modifying the policy to incorporate these other values and defend them, they sneer with contempt and press on, until governments are forced to abandon the policy or lose power.

In this way, the technocrats are the greatest enemies of the positions for which they most fiercely advocate. No one does more to undermine the free market than the economist whose hardline policies push voters to support socialists and nationalists. No one does more to undermine public health than the scientist whose hardline policies destroy the government’s commitment to full employment without offering any replacement.