A Platonist Critique of Rawls

One of the things that has always bothered me about Rawlsian liberalism is its emphasis on consensus. The Rawlsians want a state which ‘all reasonable people can accept’ or which ‘no reasonable person can reject’. To accomplish this consensus, Rawlsians have to hollow out the good until it contains only uncontroversial values. Controversial principles are not, by definition, accepted by all reasonable people. The Rawlsians therefore have a tendency to depoliticise the controversial. This results in a political theory which is committed to conflict avoidance. Families that avoid conflict tend to have conflict blow up in their faces, and the same is true for states.

But beyond this, Rawlsian liberalism produces a state which is based on lowest common denominators. This is where Plato comes in.

In the Phaedrus, Plato imagines the soul as a flying chariot. It contains three parts: 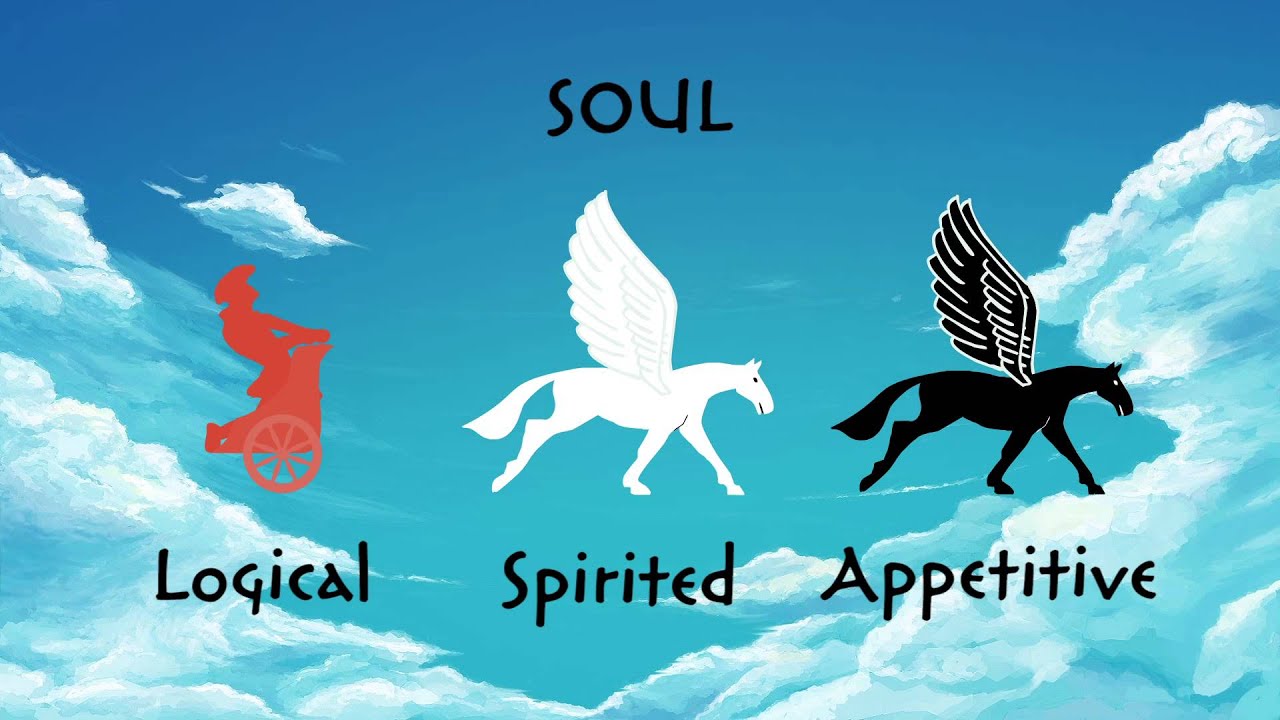 To learn about the good, the chariot needs to fly above the clouds. But the black horse keeps trying to drag the chariot back down to earth. There’s grass down there, and grass is yummy. As embodied beings, we face physical limitations, and this forces us to attend to the needs of the horses, distracting us from the pursuit of wisdom. Our glimpses of the good are fleeting, and we tend to forget what we have managed to see. We never grasp the whole of it and what we do grasp in one moment slips away in the next. For this reason, the philosopher is not a know-er of wisdom but a lover of it. Wisdom is something the philosopher must continually pursue and can never take for granted.

There are many differences between Plato and Aristotle, but in some areas they complement each other well. In the Nichomachean Ethics and the Politics, Aristotle works out some of what is necessary for a human being to learn to be virtuous. There are several keys to virtue for Aristotle:

For Plato and Aristotle, the good is not something that is intuitive to all reasonable people, because many people who have the natural capacity to think about the good will lack the leisure and education necessary to soar above the clouds. Everyone is familiar with the white horse and the black horse–with the desire for recognition and pleasure–but many will never realise the higher aims of the rider.

When we build a political system around consensus we tend to build that political system around the things which are easy to universalise. That means we build the system around the values of the horses. The Rawlsian liberal state promises us recognition and the opportunity to pursue our appetites. It emphasises economic growth because the appetite for luxury is widespread. It denies any need to reign in desire or the lust for popularity. It calls these things ‘judgemental’ or ‘perfectionist’ or ‘paternalist’. It celebrates the individual and takes the individual to be a finished product.

Initially, this results in a society in which the pursuit of self-interest is nakedly celebrated. Greed is good, pride is good, pleasure is good, coolness is good. But the more time we spend on the ground with the horses, the more we forget what was above the clouds. Gradually, we stop praising self-interest, because we cease to see an alternative to it. People who are unsatisfied by the vulgar values of the horses are deemed unreasonable. They are not merely a group we disagree with, but a group we regard as crazy. Rawlsian liberalism consolidates precisely this, by rendering the values of the rider to be outside the bounds of politics. Any attempt to hold the horses to account is deemed illiberal, and everything illiberal is deemed totalitarian, hastily equated with Hitler and Stalin. For fear of repeating those mistakes, the liberals militantly police out any effort to restrain the ever-intensifying hedonism they recklessly celebrate.

They do this because this is what capitalism requires–an ideology which praises desire-satisfaction as the only reasonable end a person can have. The reality is that capitalism systematically deprives the overwhelming majority of people of the leisure and education necessary for self-scrutiny and self-improvement. It then praises the vices it nurtures in its subjects. Intoxicated by this flattery, the subjects become proud of their faults before finally losing the ability to see them. In this way, liberalism becomes the totalitarian ideology it purports to oppose.