I’ve been seeing a remarkably large number of people making the argument that because Bernie Sanders is a millionaire, he is somehow a hypocrite. This is a very strange claim. Here’s why.

This may sound like a distinction without a difference, but Sanders is a democratic socialist, and for socialists politics is not about individual bad actors, it’s about correcting imbalances in the distribution of wealth and power among classes. Class structures position different groups of people in hierarchies of wealth and power based on their social role. Some people, for instance, are middle class or working class, because they have sell their time to an employer to earn a wage that allows them to pay their bills. Other people in the millionaire and billionaire class have so much wealth that they don’t have to work for someone else to survive. This gives them power over the rest of us. We have to come to these millionaires and billionaires as supplicants, asking them what favours we can perform for them in exchange for the money we need to pay our bills. This class structure is constructed and maintained through systems of power. So when Sanders says he will “take on the billionaire class”, he means that he will revise political and economic institutions to decrease the power of this class and increase the power of the middle and working classes. Sanders is not demanding that millionaires and billionaires become better people or voluntarily give their money to charity. It is precisely because he doesn’t believe we can simply ask the rich to be nicer that he advocates systematic, structural reforms that revise the class system itself.

Sanders observes that our economic system creates a lot of millionaires and billionaires and permits and even encourages them to behave in an anti-social fashion. In the short-term, he wants a system which creates fewer of these people and restricts the ability of those who remain to exercise undue influence over democratic politics. In the long-term, he wants to help build a world in which the power disparities between employers and employees are eradicated. He doesn’t want or expect the rich to give their money to charity–he wants confiscatory taxes which force them to surrender it.

So Sanders isn’t making an argument that the rich are decadent and should donate their wealth out of a sense of moral responsibility. He’s making an argument that we have a wretched political and economic system that creates this class of rich people and encourages them to behave terribly. He’s not trying to be a lifestyle coach for rich people–he’s trying to make deep, fundamental revisions to our institutions that dramatically reduce their wealth and power. He is a political actor, not a religious figurehead. He’s leading a social movement, not a spiritual revival. This is why he emphasises over and over that his campaign is not about himself, but about the ordinary people who participate in it. He needs a huge grassroots army not just to win the presidency but to help other democratic socialists win power in down-ballot races. Without this “political revolution”, he won’t be able to overcome the power of the billionaire class. Billionaires and millionaires use their wealth to sponsor their own candidates, and candidates dependent on the wealthy cannot be expected to challenge them. It will take immense grassroots mobilisation to overcome their power, and Sanders is under no illusions as to the scale or difficulty of his task.

In the context of this kind of platform, Sanders’ own wealth is not hypocrisy. Instead, it’s an indicator of just how serious Sanders is and just how committed he is to his own principles. Sanders’ reforms will tax him heavily and take a large amount of the money he made with his bestselling book away. Sanders is willing to take that hit because he cares more about justice than he does his own wealth.

In ordinary circumstances, a person who is willing to make great financial sacrifices for the good of other people would be considered worthy of moral praise. But many continue to pillory Sanders for being a millionaire, or for owning multiple homes, as if this were some kind of argument against supporting him. Do these people really doubt Sanders’ left-wing commitments on the basis of his wealth? I doubt it. Most of the people making these arguments are associated either with the Republicans or with the Democratic Party establishment. They oppose the institutional and structural changes for which Sanders advocates, and they will use all manner of spurious arguments and character assassination to damage him.

The truth is that Sanders is the only candidate in the race who has consistently challenged the Democratic Party establishment. He was critical of it in the 70s, when it was considerably further left than it is now, and he has remained a critical voice throughout his political career. Unlike the other candidates in the race, he has a history of successfully challenging the consensus within the Democratic Party, first by defeating it to win the mayoralty of Burlington, Vermont, then by defeating it to become first a congressman and then a US Senator, and then by causing all manner of aggravation to it in a remarkable and surprisingly effective 2016 presidential campaign. All the other candidates in the race have links, both current and historical, to the party establishment, and none of them pose the kind of threat to the millionaire and billionaire class which Bernie Sanders poses. Elizabeth Warren was a Republican until 1996, and stayed out of the 2016 primary to curry favour with Hillary Clinton. Robert O’Rourke was one of the most conservative Democrats in congress during his time there. Pete Buttigieg presided over an era of gentrification in South Bend. Joe Biden is a consummate insider, supporting welfare reform, the Iraq War, and the repeal of the Glass-Steagall financial regulations. Kamala Harris is a tough on crime prosecutor who locked up parents when their kids missed school and laughed about it. Cory Booker is already in bed with the banks and pharmaceutical companies.

The notion that you should vote for one of these people because Bernie Sanders wants to tax himself to help you live a better life is pretty silly. 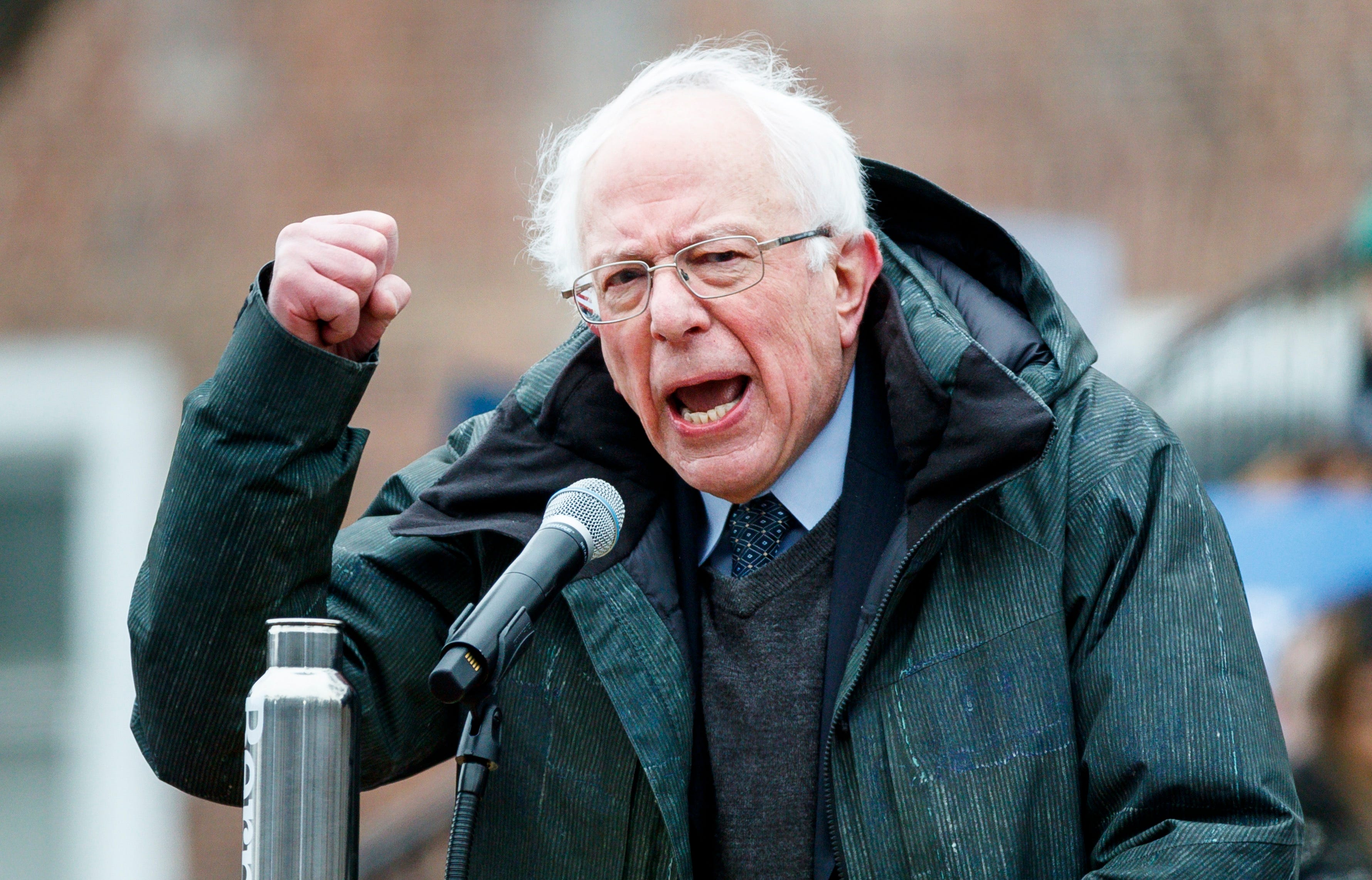