Why We Cannot Nominate a Young Person in 2020

Whenever I tell people that we need to run Bernie Sanders again, they tell me he’s too old. Don’t we have young people who can take what Bernie started and run with it? Unfortunately, the “Magical Young Berniecrat” is not yet a viable presidential candidate. Why? Because the young Bernies are still too young. There is an age gap between the Bernie base and Bernie Sanders himself, and there is no one in American politics who is ready and able to fill that gap in 2020. 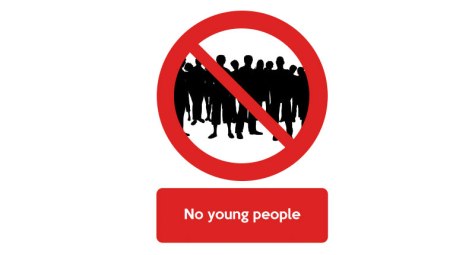 The vast majority of would-be young Bernies will still be under 35 in 2020 and won’t be legally allowed to run for president. Alexandria Ocasio-Cortez isn’t even 30 yet. She’s about as old as Jennifer Aniston was in the middle of her Friends run. I myself am about to turn 27 in a couple months. Most of us in the left-wing political space haven’t actually done anything yet. Ocasio-Cortez is young by American political standards but she’s older than the vast majority of young people I know who might one day be interested in running for stuff.

The people in their 40s who support Bernie never received the kind of grassroots support Bernie received when they were younger, and consequently they never had the opportunity to build a resume for the presidency. As a result, the overwhelming majority of Democratic politicians in their 40s and 50s are centrists who came of age politically in the 90s and 00s. These are people who got into Democratic Party politics because they grew up admiring the Clintons. They were advanced in the party because the Clinton generation promoted them. They have spent their political lives working with Gore and Kerry and Obama and that’s the discourse they swim in. Corey Booker is 49. Kamala Harris is 54. Beto O’Rourke is 46. Kirsten Gillibrand is 52. Amy Klobuchar is 58. This group has a shared set of political instincts–they are the instincts that helped them build the careers they now enjoy, but they are not instincts we can trust. They have been tutored in triangulation from the time they were political toddlers.

From the point of view of the left, the 40-60 group is a lost generation. It’s an entire generation of American politicians who were taught all the wrong things. They were taught that to win in American politics, you go to the center. They were taught that to win as a Democrat, you distance yourself from “liberal” and “progressive” and “socialist”. You demonstrate “fiscal responsibility” by offering to “reform” entitlements or welfare. You take meetings with bankers and CEOs, because they have the money you need for your next campaign. If you lose, you take a cushy job working for a lobbying firm or a thinktank until you’re ready to try again. You don’t want to upset those guys while you’re in office, because they are your safety landing. And if you get back into office again, you want to repay them for taking care of you during your wilderness years. You talk a big game on climate change, but you quietly support fracking. You are careful about getting into bed with radical policies. Single payer, tuition-free college, big infrastructure bills–only nutty Europeans do stuff like that. After all, we’re a big country, and we’re culturally center-right. We’re not like Denmark. This is how they think. This is normal to them. They might pretend to be left-wing to win over primary voters, but everyone knew in the 00s that you pretend to be left-wing in the primaries and then pull to the center for the general.

In the 2016 primary debates, Anderson Cooper threw centrist shibboleths at Bernie Sanders, because Anderson Cooper is a 51-year old media professional and for him that’s what it means to be a neutral arbiter:

So as someone who’s not yet old enough to run for president, I don’t consider these 40 and 50 year old centrist naysayers “young”. They don’t offer fresh thinking or fresh ideas. Instead, they are offering the same old stuff the Clinton people are offering. They look younger, and they’re better speakers, and because of this people mistake this old stuff for new stuff.

But this group of politicians is arguably more out of touch than Hillary Clinton herself. When the Clintons were coming up in Democratic politics, they still had to contend with Tip O’Neill and Walter Mondale–old guard post-war Keynesian defenders of the welfare state. The Clintons had to argue with the left-wing of the party in the beginning. The party didn’t belong to them when they started–they had to take it. So while I don’t agree with the Clintons, I respect them as fighters. They understand who they are and what they’re doing. The 40 and 50 year olds, they are shocked that there are people who don’t consider them left-wing enough, and they think these people are crazy. They have no idea how to talk to us, they don’t even know where to begin. In the 60s, Democrats created Medicare–a single payer system. Today, some of these Democrats will make a show of pretending to care about Medicare expansion, but most are willing to do little more than defend it in its current form. Many are even willing to participate in its erosion–Barack Obama himself proposed cutting hundreds of billions of dollars in Medicare and Medicaid funding in 2011. How old is Barack Obama? 57.

We face an entire generation of Democratic Party politicians who are untrustworthy and need to be purged. They are all intent on fooling you, on convincing you that they have all turned over a new leaf after coming face to face with Bernie Sanders. They want you to believe that they are the magical young Berniecrats you’ve been waiting for. They are liars. The young Berniecrats can’t run yet. In the meantime, if we want a left-wing politician, we need to go all the way back to the people who got their start in politics before the Clintons showed up. We need someone who was left-wing even before the Clintons watered that down and changed what it meant for most people. Forget the 90s, we need someone who was too left-wing for the Democratic Party in the 70s. There is only one such person left alive. First name Bernie, last name Sanders.