Why Corporate Responsibility is a Myth

People get mad at individual corporations a lot. The other week, a famous shoe company started running ads with a controversial football player in them, and that made some people very happy with the shoe company and other people very angry with it. These people wrote about the shoe company a lot, and by writing about the shoe company they gave it $43 million in free advertising. See, it didn’t matter to the shoe company which stance it took on the controversial football player–by taking any stance, it could induce the media to give it free attention, and that free attention translated into sales for the company. People thought the shoe company was taking a stand because of some kind of commitment to social responsibility–but this is a shoe company which has happily, for years, employed child labourers in sweat shops, stolen their wages, and verbally and physically abused them. But this isn’t because the shoe company is especially immoral–it’s because all companies are subject to a set of structural incentives which, by design, prevent them from taking moral considerations into account independently of their ability to contribute to revenue. 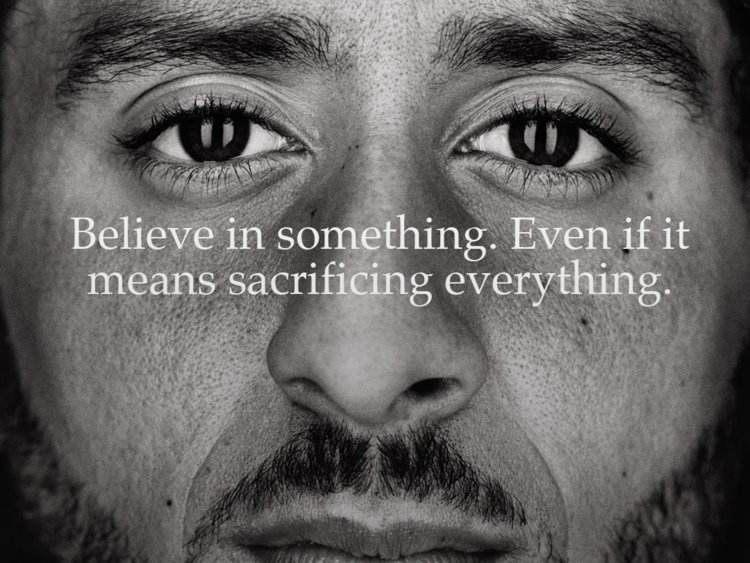 States are in a competition with each other for power. States know that their power comes from their wealth. Corporations were invented by states to help them get rich and consequently powerful. To get corporations to generate as much wealth as possible, the state does two things:

Because there are lots of shoe companies, shoe companies can’t get complacent. They must constantly struggle against each other. Because shoe company executives must answer to shareholders who expect to receive a return on their investment, they cannot regularly make decisions which seem to the shareholders to damage their prospective returns. The shoe companies are in a competitive external environment and they have an internal structure geared toward profit maximisation. This is replicated in most economic sectors.

Even where one of these factors is missing, the other one is usually still there. When a firm achieves a monopoly and doesn’t have to worry about competitors, it will still be subject to a corporate governance structure which demands profit maximisation. Even when a firm is privately run by an individual insulated from the demands of shareholders, that individual will still need to worry about competitors.

These two factors make it incredibly dangerous for firms to put any moral imperatives ahead of profit maximisation. If an executive does this, they risk a great deal:

So when firms do behave well, this is because behaving well coincides with profit maximisation. Sometimes this is a happy little accident. It happened to be the case that by taking a controversial political position, the shoe company could receive free advertising and increase its sales. If you think the controversial position is a good and worthy position to take, then you got lucky–the shoe company’s incentives happened to coincide with doing the right thing, in your view.

This good behaviour will necessarily be hit and miss. Social media firms typically censor content when they are receiving negative media attention for that content or when they are worried that if they do not censor the content they might be subject to state regulation. This means their content rules are enforced in a very arbitrary way. Of course, if you try to start an outcry about this, the social media platforms will censor or uncensor things for you until you shut up. They’ll screw around with the algorithms until you’re satisfied, then they’ll wait for someone else to complain about how they police content. There are no moral principles to which they are deeply committed, but they will try to give the appearance of being committed to moral principles, if it makes users and advertisers feel better about using the cite and stops them from complaining to legislators.

The only way to make sure a firm behaves is to subject it to state regulation. In the old days, before we had serious labour laws, firms used to make people in western countries work in sweatshop conditions. It was frequently claimed that the corporations treated their employees worse than slaves. As the conservative French journalist Simon Niguet put it in 1767, quoted by Karl Marx himself a century later, in 1863:

The slave was precious to his master because of the money he had cost him…They were worth at least as much as they could be sold for in the market…It is the impossibility of living by any other means that compels our farm labourers to till the soil whose fruits they will not eat and our masons to construct buildings in which they will not live…It is want that compels them to go down on their knees to the rich man in order to get from him permission to enrich him…what effective gain has the suppression of slavery brought him? He is free, you say. Ah! That is his misfortune…These men…have the most terrible, the most imperious of masters, that is, need…They must therefore find someone to hire them, or die of hunger. Is that to be free?

The fact that there was even an argument to be had here tells you all you need to know. The rich western democracies don’t let firms do many of the horrible things to their citizens which were once commonplace. But poor, developing countries are desperate for jobs and foreign investment, and their states do permit firms to treat their citizens appallingly. The shoe company has employees in the rich countries and it has employees in the poor countries and those employees don’t get treated the same because the rich states protect their employees and the poor states expose theirs.

The firms don’t have any choice. If they can employ people in poor countries at lower cost, they have to hire them. If they don’t hire them, their competitors will hire them and out-compete them. They’ll lose market share, they’ll get fired, they’ll go bankrupt. The state structured corporations and structured markets in a way which forces firms to do everything they can to maximise profit, up to and including making children into wage slaves, stealing their wages, and physically and verbally tormenting them.

States make corporations behave by subjecting them to the same set of rules. If there’s no minimum wage, the firm that pays the least secures a competitive advantage. If there’s a firm out there that pays $2 an hour and you pay $3, you’re on a path which ends in your demise. If there’s a minimum wage of $15, you can pay $15 without losing market share. Without a minimum wage law, $3 might be uncompetitive. With it, you might be better off paying $15 an hour than you were paying $3, because your competitor also has to pay $15.

So whenever I read about a corporation that’s misbehaving, I think about the states that are in charge of regulating that firm. Why are they allowing that firm to act this way? Why don’t they use their regulatory power to put a stop to it? Sometimes it’s because states themselves are worried about being at competitive disadvantages. London has a large financial sector. If Britain starts heavily regulating its financial sector to make it behave in a more morally upright way, that financial sector might relocate to a country with looser restrictions. But other times it’s simply because we haven’t made an effort, politically, to get our states to write good rules. This is especially true in the United States, a huge consumer market that firms cannot easily avoid dealing with.

In America, we get distracted a lot. We start arguing about whether particular firms are good or bad, about whether particular executives are good people or bad people. We think the right way to get firms to behave is to stage fleeting consumer boycotts. We forget that our state structures firms, it gives them the incentives that compel them to behave the way they do. The old expression “don’t hate the player, hate the game” applies here–there’s no point hating firms when they are acting in accordance with regulations the state has written and could change at any time.

The United States could stop the shoe company from employing children as wage slaves. All it would need to do is place tariffs or embargoes on states which permit their firms to operate like it’s the 19th century. We could compel other states to adopt regulations that are better. We don’t do it, because our governments calculate we’d rather have cheap imports made by child wage slaves than more expensive goods and services provided more ethically. They think that if they tried to impose tariffs or embargoes on moral grounds that we would be upset about the price increases and vote the them out of office. We don’t organise politically around these issues, and our lack of organisation reinforces their sense that they are right about our priorities. Instead, we keep boycotting individual firms. Sometimes that’s enough to get them to placate us, like the social media firms do when they arbitrarily ban something we’ve been whingeing about to get us to shut up. But this action is arbitrary and fleeting. It’s about winning the news cycle and keeping the profits rolling. As long as we leave the state out of our strategy, we’ll never really get firms to change.

Corporations cannot be responsible for themselves. They are the state’s babies, and only the state can discipline them. 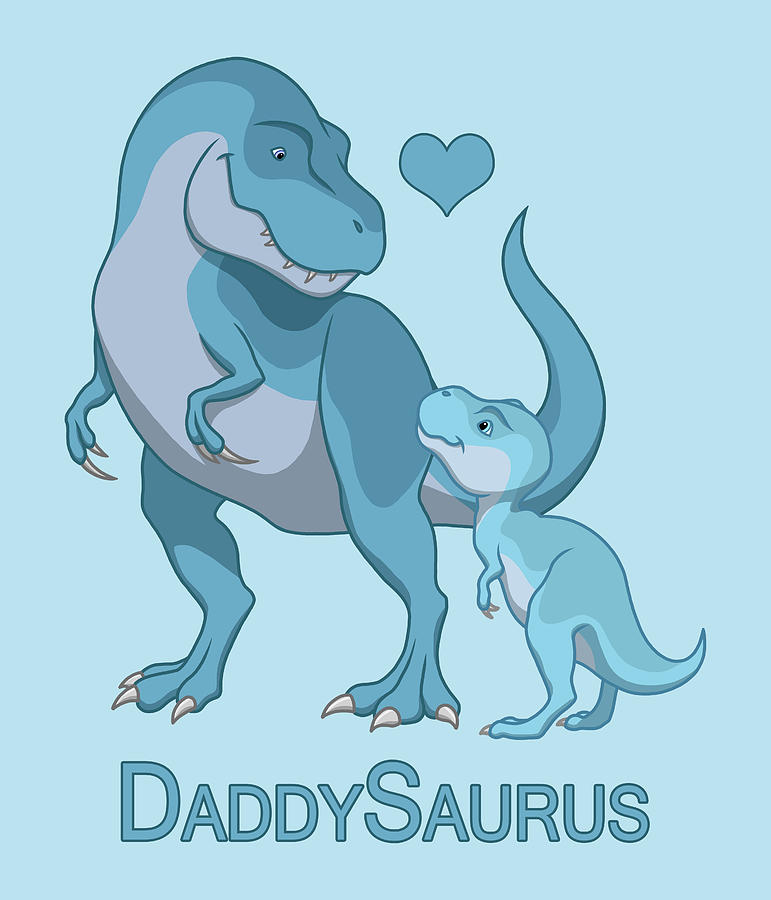