Abdul El-Sayed ran on a left-wing platform, but lost his bid for the democratic nomination for Governor of Michigan by more the 20 points. There are some who will argue that El-Sayed’s loss signifies a lack of popularity for left-wing politics, but El-Sayed lost for contingent reasons. 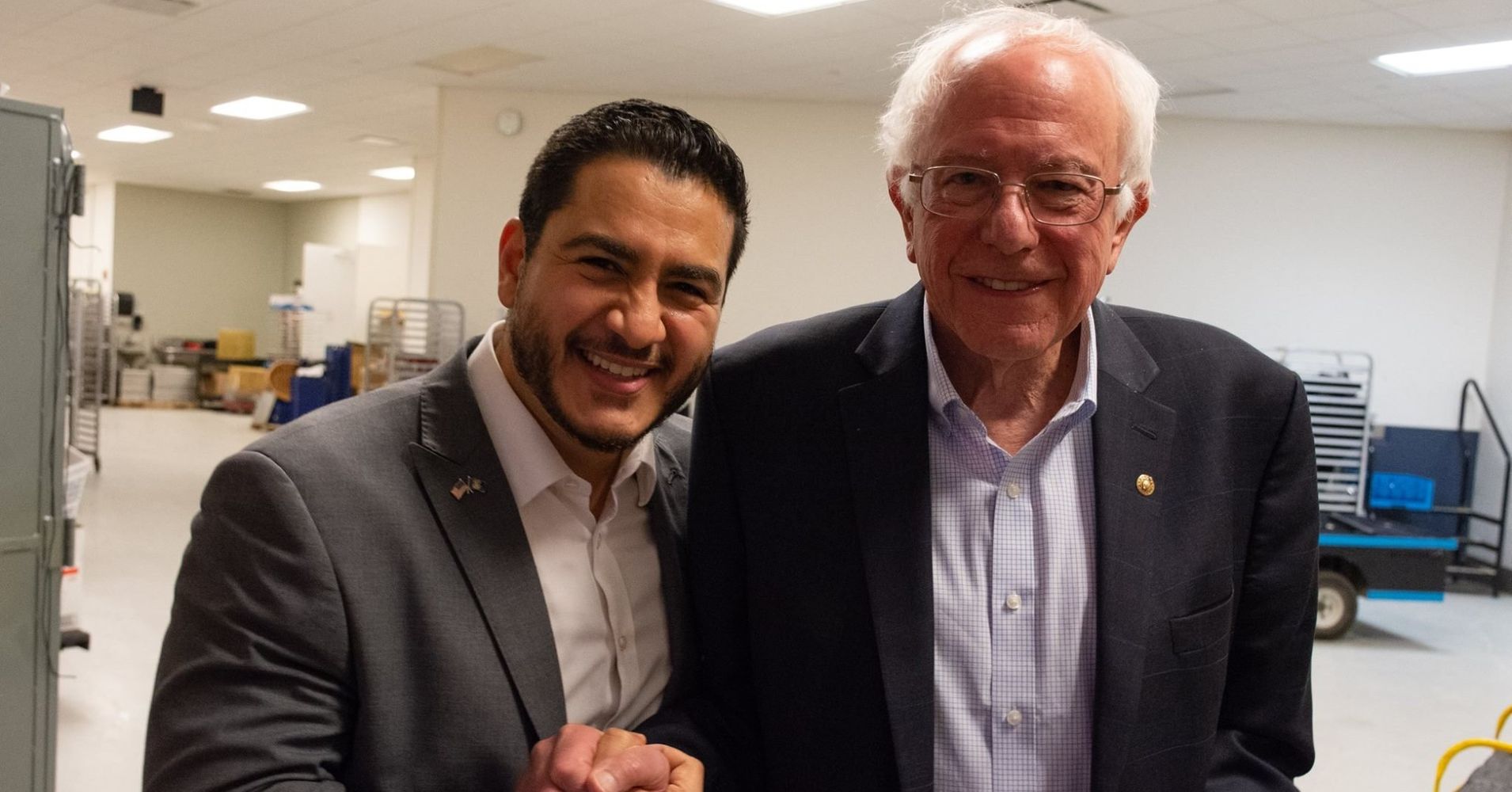 Those who were hoping that El-Sayed could overcome his poll disadvantage in much the same way that Bernie Sanders overcome his disadvantage in the 2016 presidential primary missed a key indicator that this would not happen–El-Sayed’s head to head numbers with potential Republican nominees were never good. In the last head to head poll conducted before the race, El-Sayed trailed a hypothetical Republican opponent by five points, while Gretchen Whitmer (the eventual winner) led by eleven.

That’s a spread of 16 points against El-Sayed relative to Whitmer. In contrast, during the presidential race, Sanders led Clinton in these head to heads. When RealClearPolitics ended its Sanders vs. Trump series, Sanders led by 10 points. Clinton only led by 2. So Sanders’ spread was 8 points favourable. If we combined these spreads, El-Sayed was 24 points worse off in comparison with his Democratic opponent in head to head matchups against the Republican than Sanders.

The clear implication is that Michigan voters never liked El-Sayed as much as they liked Sanders and that El-Sayed was much less electable. Some will argue that this means left-wing policies are less popular in Michigan than Sanders’ success suggested, but this is hard to believe. Did Michigan voters move more than 20 points to the center in two years? What would have prompted that kind of shift?

One of the things I’ve learned about electoral politics over the course of my life is that it’s much less ideological than many pundits tend to think it is. Most voters are not “left-wing” or “right-wing” or “centrist”. If you ask people questions about what they believe, only around 1 in 10 (12%, according to the famous Campbell et al. study from 1960) give answers that cohere together in a systematic way. In general elections, most people are voting based on party identification. Much of the remainder are what I like to call “vibe voters”–people who vote for incumbents when they feel things are going well, and vote against incumbents when they feel things are going poorly.

In primaries, it’s more complicated, because people can’t vote based on party ID. And in this primary, neither candidate was the incumbent, though Whitmer is more associated with the political establishment than El-Sayed. So in primaries it comes down to a short list of things:

El-Sayed and Sanders were running on the same anti-establishment vibe. Organisationally, El-Sayed was at a disadvantage relative to Whitmer, because Whitmer had both more money and the support of many state legislators. The left always has less money and lacks state legislators to campaign on its behalf, and has to try to make up for this with grassroots organisation. To my knowledge, Sanders was in the same situation in Michigan when it comes to organisation.

If It’s not ideology, it’s not vibes, and it’s not organisation, what else could it be?

Abdul El-Sayed has a very Muslim name. If we’re really honest, we must also acknowledge that he has a patchy beard, and if you’re afraid of Muslims, you’re probably even more afraid of bearded Muslims: 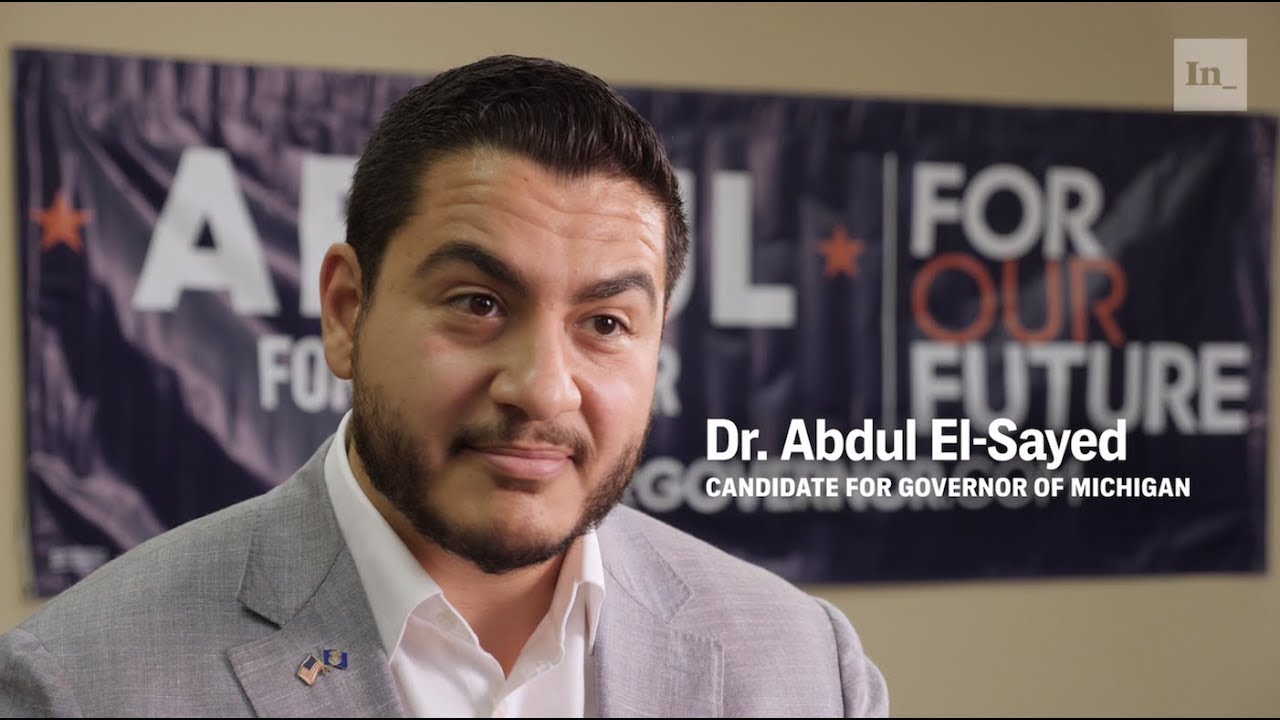 Is Abdul El-Sayed’s name and appearance unsettling enough to turn off rural voters who don’t know anything else about him in head to head polls? Probably. Would poor performance in head to head polls cause more Michigan voters to desert him for tactical reasons? Definitely. Who is most resistant to tactical voting and most willing to embrace candidates of colour? College kids and the educated people who work in college towns. The sort of folks you’d expect to find in Grand Rapids and especially Ann Arbor.

It pains me to say it, but I don’t think there was anything wrong with El-Sayed’s campaign aside from his name and appearance. There are elements of his platform I could pick at–single payer works a lot better at the federal level than the state level–but policy wonk stuff isn’t what Michigan voters were reacting to. They didn’t think a guy with that name and that face could beat a Republican in a general election.

In red states and swing states, left-wing politics will often have an easier go of it when represented by a white face with a traditional name. We’re already trying to persuade people this kind of politics can win elections–it’s a lot easier to do when the candidate is named “Bernie” rather than “Abdul”. In running El-Sayed, we made a noble push for diversity and inclusion in Michigan politics. But we made it harder to win, and we can’t help anybody if we don’t win.

Where should we run Abdul El-Sayed next time? El-Sayed previously worked in Detroit, but his time in that very Clintonite city did him little good–he lost by large margins, both in the city and in its suburbs. No, he should move to Grand Rapids or Ann Arbor! Presently, Michigan has gerrymandered its congressional districts so that Grand Rapids’ votes are split in half. This enables both its districts to be controlled by Republicans who routinely win by large margins. El-Sayed could nonetheless use his name recognition and extant organisation to take a shot at one of them. Ann Arbor’s votes are more concentrated, and presently in the hands of Debbie Dingell, a Democrat who endorsed Clinton early on. She’s a former auto industry lobbyist, she’s descended from money, and a member of her family has held one of Michigan’s congressional seats for 84 years. This is a safe district for Democrats–no one would have to worry about whether El-Sayed can win. Maybe El-Sayed should try challenging her in a 2020 primary? El-Sayed is a professor of public health–he could look for a post at the University of Michigan and run again in two years.

But next time we go for a governorship in a red state, let’s try a white guy with a name like Bob.