President Trump has already proposed $50 billion in tariffs on China and now wants to seek an additional $100 billion. I’ve noticed that people don’t seem to have much of a sense of scale with tariffs. It’s understandable–tariffs haven’t been a central issue in American politics for a while. We’ve forgotten how to talk about tariff policy and now we’re being made to re-learn. So, without further ado, let’s talk tariffs.

Let’s start by giving you a sense of scale. Trump’s proposed tariffs account for about 31% of US imports from China. The majority of Chinese goods are still not included in the tariff proposal, and US GDP is much, much larger than the total amount of trade with China:

Articles which discuss the tariffs give you the large “billions” figure or the number of different products to which the tariff applies (in the thousands), and that makes the tariff sound really big. But what’s most relevant for understanding the scale of a tariff is the percent of imports subject to them and the strength of the tariff. If Trump tariffs 100% of Chinese imports at 2%, that’s not nearly as big a deal as a tariff on 30% of imports at 90%.  Right now we have a proposal that covers 31% of imports. So how strong is it? The proposed rate is 25%. That sounds big out of context, but historically we’ve run much stronger tariffs. President William McKinley (pictured below) loved tariffs deeply and put the rate up to about 50%. 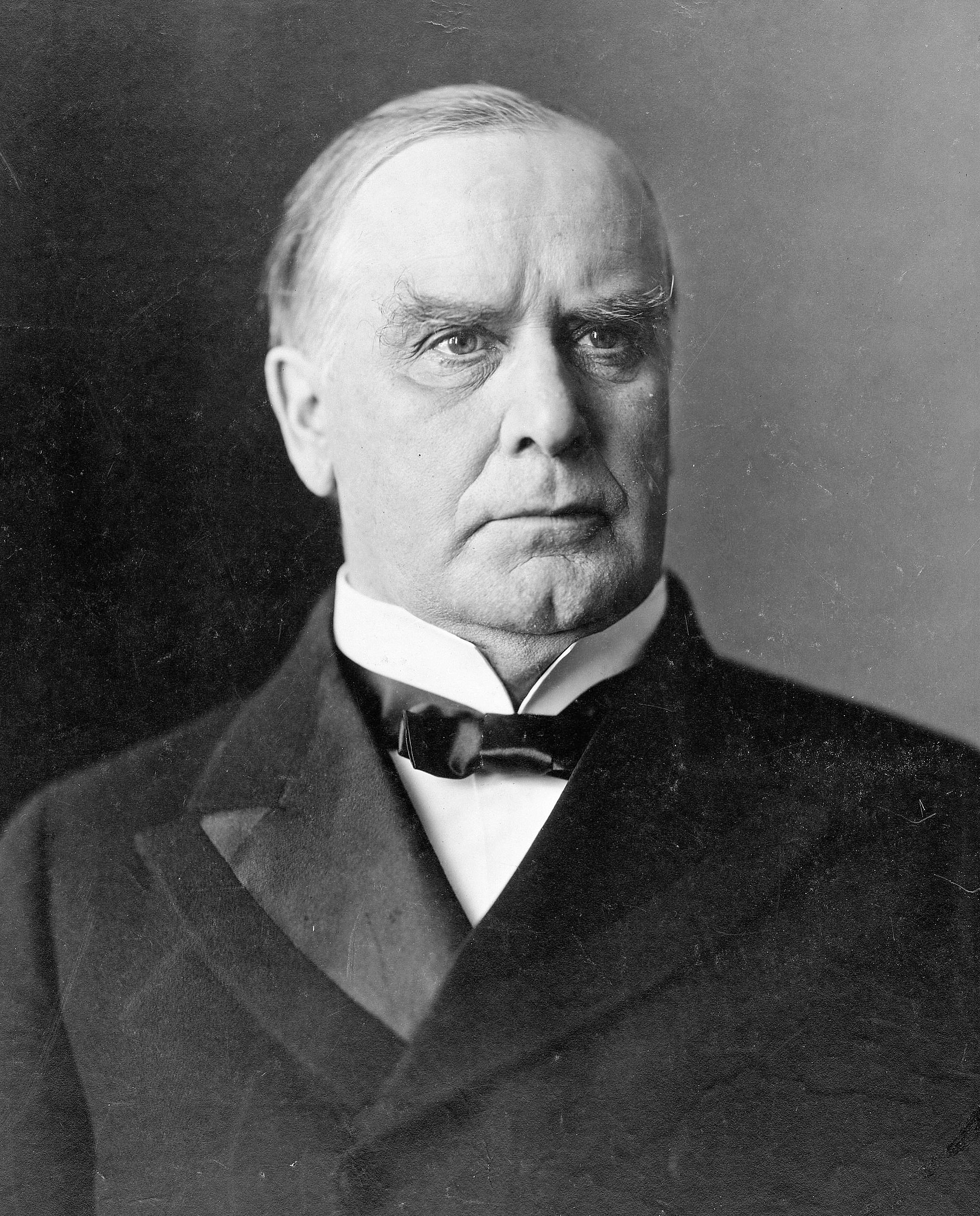 McKinley helped raise tariffs twice–first he spearheaded the McKinley Tariff of 1890 as a congressman, and then he signed the Dingley Tariff of 1897 as president. Here’s per capita income in and around that period:

Despite the punch the economy takes during the Panic of 1893, McKinley’s tariffs didn’t seem to cause lasting damage to the country. The economy performed a bit better during their implementation and in the following decade:

This doesn’t mean the McKinely Tariff was necessarily “good” or that it “worked”. Maybe it worked, or maybe its effects were crowded out by other larger changes taking place at the same time. The important thing is that McKinley’s high tariffs weren’t so powerful as to have any noticeable negative effect on overall growth. We often oversell tariff effects, especially in today’s trade-friendly world. They don’t always have massive effects on the economy, even when they are wide-ranging and strong. It depends on the context in which we do them and how rapidly we raise them.

The modern world is a little bit different, because the scale of international trade is much higher than it was a century ago and the norm is very low tariffs, making even modest increases startling to investors. Theoretically, a full blown trade war with China today could be really damaging. If the US and China were to stop trading tomorrow, the total value of US-Chinese trade lost would be about $648.5 billion. That’s about 3.5% of US GDP and 5.7% of China’s. There would be other nasty effects. The US would see inflation rise, as American consumers tried to buy goods they couldn’t import from China. The Chinese would see unemployment rise, as firms would relocate to other developing countries to evade the tariffs. The United States wouldn’t be hurt as badly, because after a year or so firms would find new locations to operate in. These firms wouldn’t create many new American jobs–they’d either move to other developing countries or they’d automate production in North America. The Chinese would be more lastingly damaged, as they’d be unable to find consumer markets to replace America. The European Union isn’t exactly a consumer mecca at the moment, and Australia and Canada are much too small to perform America’s role in the Chinese economy.

This is what Trump means when he says that trade wars are “easy to win” for the United States. The US can damage China more than China can damage the United States. Indeed, a trade war which produces high inflation would run down the value of America’s national debt in real terms, eroding the value of China’s bond holdings. But make no mistake–such a trade war would be highly disruptive. In 2009, the US economy contracted by 2.8%. A full blown trade war would blow this figure out of the water. It would be political suicide for the administration.

The only reason to engage in such a trade war would be to inflict lasting damage on China. This would be consistent with an approach which views China as an existential threat which must be contained, even at significant economic cost. Trump’s goals seem to be less ambitious than this–he seems to want to get China to negotiate to protect US intellectual property rights. This is why his proposals have been so small–he’s not looking to break Beijing, just to bring it to the table. If Trump can get China to make a deal with him, he can pass this off as a major foreign policy achievement. His critics have been so panicky about the tariff proposal that any positive result–even one that’s utterly trivial–will now make Trump look wise in the eyes of his supporters.

This is what I expect will happen–Trump manages to extract minor concessions from China, and then he tries to make a big deal out of it.

Alternatively, China could decide to play hardball with Trump in a bid to force him to continue raising the tariffs. China may calculate that if Trump keeps expanding the tariffs and lifting the rates, congress will intervene to strip him of his ability to unilaterally change the rates, imposing lower tariffs over Trump’s veto. I expect that if China does play hardball, this will be the result. Trump could always back down before that point, but this would make him look silly. He’d probably make congress stop him just to save face. Trump will then blame congress for sabotaging his plan to protect American workers. Breitbart and other right nationalist media will aid him in this.

In neither of these cases do we get the full-blown trade war. The trade war would produce a miserable recession which would destroy the administration and the Republican Party going into 2020. Long before we got to that point, congress would intervene and stop the president. Congressional Republicans would calculate that the hit they’d take from Breitbart and company is smaller than the hit they’d take from a recession competitive with and perhaps worse than the one we saw in 2008-2009.

So either Trump will extract minor concessions or the Chinese will hold firm and force congressional intervention. Either way, the outcome is unlikely to be apocalyptic. There won’t be a trade war. We’ll be okay.