I’ve long argued that the Democratic Party needs to use its time in the wilderness to remake itself so it can pursue and deliver real benefits for poor and working class voters and be seen to do so in its campaigns. This remaking necessarily requires a period of disunity and chaos within the Democratic Party–central questions about what being a Democrat is for need to be asked, and different people will and should give different answers. Those differences should be resolved in blood-soaked primaries. But I’m increasingly concerned it’s not going to happen–too many Democrats seem to believe that the party needs to unify at all costs to present the strongest possible electoral challenge to Trump in 2018 and 2020. This is a dangerous misreading of the historical situation. The biggest threat to the United States is not the Trump presidency–it is the next Republican presidency, or perhaps the one after that. Let me explain… 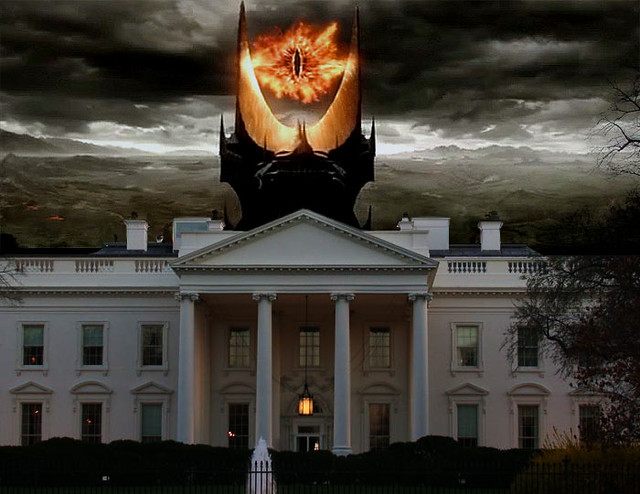 The Republican Party has been on a bad trajectory for a very long time. After the riots at the 1968 Democratic National Convention, both parties changed their primary systems to reduce the influence of party insiders. The Democrats gave their insiders–the superdelegates–1/6th of the vote, leaving the rest to primary voters. The Republicans went further and gave the primary voters full control. In a center-left party, increasing the influence of the primary voters gives left wing elements an opportunity to wing the party’s voters over, and Bernie Sanders benefited immeasurably from the change. But in a center-right party, opening up the primary process just leads to deprofessionalization. Republican primary voters have increasingly voted for charismatic but nonsubstantive candidates. Nixon was the last Republican nominated on the old system. He didn’t face serious primary challenges in 1972, but in 1976 his successor (Gerald Ford) was very nearly knocked off in a primary challenge by Ronald Reagan. Reagan was regarded by the old party establishment as too right wing and even rather foolish. In 1968, Reagan ran against Nixon and got more votes than Nixon in states that held primaries. But because the primaries weren’t binding in 1968, that made no difference. At the convention, Reagan not only lost to Nixon, he came third after the relatively liberal Nelson Rockefeller. That’s how much the old establishment hated Reagan.

In 1980 Reagan defeated the much more experienced and better qualified George H.W. Bush. Bush would likely have crushed Reagan under the old primary system. In 1980, the Republican Party was still divided about whether to embrace trickle down economics–Bush famous called it “voodoo economics”.

But Reagan–ever the radical–jumped all over it and used his acting chops to sell the thing. And so began the Republican Party’s polygamous marriage with both charisma and neoliberalism. After Reagan, Bush became president and tried to govern like a Nixonian, even raising taxes. But by this point the party had already developed an anti-tax fundamentalism. When Pat Buchanan failed to bump Bush off in the 1992 primaries, Ross Perot captured large parts of the “disgruntled neoliberal” faction, narrowly handing the presidency to Bill Clinton. The Republicans did not forget this, and they’ve started every new Republican presidency since with a push for a tax cut.

In 2000 they picked George W. Bush–the guy you’d like to have a beer with–over John McCain. After Bush’s presidency ended ignominiously, they went back to McCain, but McCain was so terrified that he’d fail to turn out Republican voters if he didn’t appoint a profoundly stupid person to the ticket that he named Sarah Palin his VP. Romney narrowly fended off a series of very far right and very thick (but charismatic) challengers, ranging from Herman Cain to Michelle Bachmann. But he lost in the general election. In 2016 the Romney wing was overconfident about their ability to win primaries, putting up several Romney-type candidates. In the meantime, the looney toon wing got tactically smarter, mostly focusing its energies around Ted Cruz. But of course, Donald Trump hijacked that movement, much to Cruz’s frustration.

The point in mentioning all this history is that over time the Republican Party has nominated increasingly hard right individuals who run more on their charisma with the party base than on any serious managerial competence. Those who deviate from this tend to lose in primaries or to fail to turnout the Republican base in generals. The Republican base gravitates toward hard right and foolish-yet-charismatic blowhards.

And yet, despite this, the biggest failure in this period belongs to the Democratic Party. The Democratic Party has failed, over and over again, to produce a realignment which would force the Republican Party to change direction. In the 1930s, Franklin Roosevelt responded to a crisis with bold, creative policies that delivered massive, tangible benefits to poor and working people. Because FDR did these things, the Republicans were forced to go in his direction to stay politically competitive. Even just a few years into FDR’s absurdly long presidency, they were promising to improve the programs they once opposed. By the post-war period, the Republican Party looked much more like Dwight Eisenhower than it did Ronald Reagan or Calvin Coolidge.

The Democratic Party has, time and again, failed to disrupt the fell relationship between charisma and increasingly far right politics. When it wins office, it acts as a caretaker, stalling for time until the next Republican wins and makes a pig’s breakfast out of the whole thing. And the next Republican is usually more right wing than the last one. This happens because when one of these bad Republicans is in office, Democrats flip out and prioritize getting rid of the bad president over building a serious alternative to the Republican direction. They throw out would-be centrist compromisers, some charismatic (Bill Clinton and Barack Obama), some not (Hillary Clinton, John Kerry, Al Gore). But the deals these people cut with Republicans are never very good for workers. In the past, Democrats have gutted welfare (Clinton’s welfare reform) and imposed austerity (Obama’s budget control act). They’ve allowed Republicans to control the policy narrative, even when Democrats are in office.

This has to stop, but it won’t stop if the Democrats once again focus on unity to win as many seats as possible in 2018. If the Democrats win in 2020 with another charismatic centrist who fails to produce a realignment and force the Republicans to compete politically on our terms, we are likely to see another Republican president in 2024 or 2028. That Republican president will likely be even further right than Trump and could be significantly more dangerous to us. Trump doesn’t know much about how government works and he screws up a lot. He also changes his opinions like the wind. The next one could know how things work and really believe. Our goal must not be to beat Trump, it must be to prevent this future Republican from ever becoming president. We need a Democratic Party so compelling that it can force the Republican Party to change. Otherwise, we won’t eliminate the true threat, and the sword of Damocles will hang over the country every time there’s an election.

So there must be chaos and disorder–every primary needs to be an utter mess. It’s counter-intuitive, but to govern effectively we must first appear completely incapable of governing. This is not about finding a new person to do the Obama third term, it’s about fixing a deep problem in our political system that goes back decades. The Republican Party has stopped functioning properly, and only the Democrats can fix it. But first: physician, heal thyself.