The False Dichotomy Between Economics and Racism

In the wake of the Trump victory, some pundits have written pieces arguing that Trump’s win was not down to economic distress, but instead due to hostility to immigration, diversity, and social change. In some cases these pundits explicitly call the election result a “whitelash” and accuse Trump supporters of racism and xenophobia. Unfortunately the dichotomy they are drawing between economic explanations and racial explanations is deeply misleading, and stems from a fundamental misunderstanding of the ways class and race intersect, both in America and throughout the western world.

Politics in western democracies has been going through a period of ideological paradigm shift. The neoliberal economic model, introduced in the 70s and 80s as a response to stagflation, produced a severe economic crisis in 2008 and western economies have struggled to recover. Growth rates have been sluggish, wage growth has been sluggish, and the result is that people have lost confidence in this economic model and in the political class which continues to defend it.

But there is disagreement about what neoliberalism’s problem is. In western politics there are two distinct forms of anti-establishment politics emergent. They both object to the economic status quo but they do so in conflicting ways:

Here are a few examples that help show the difference: 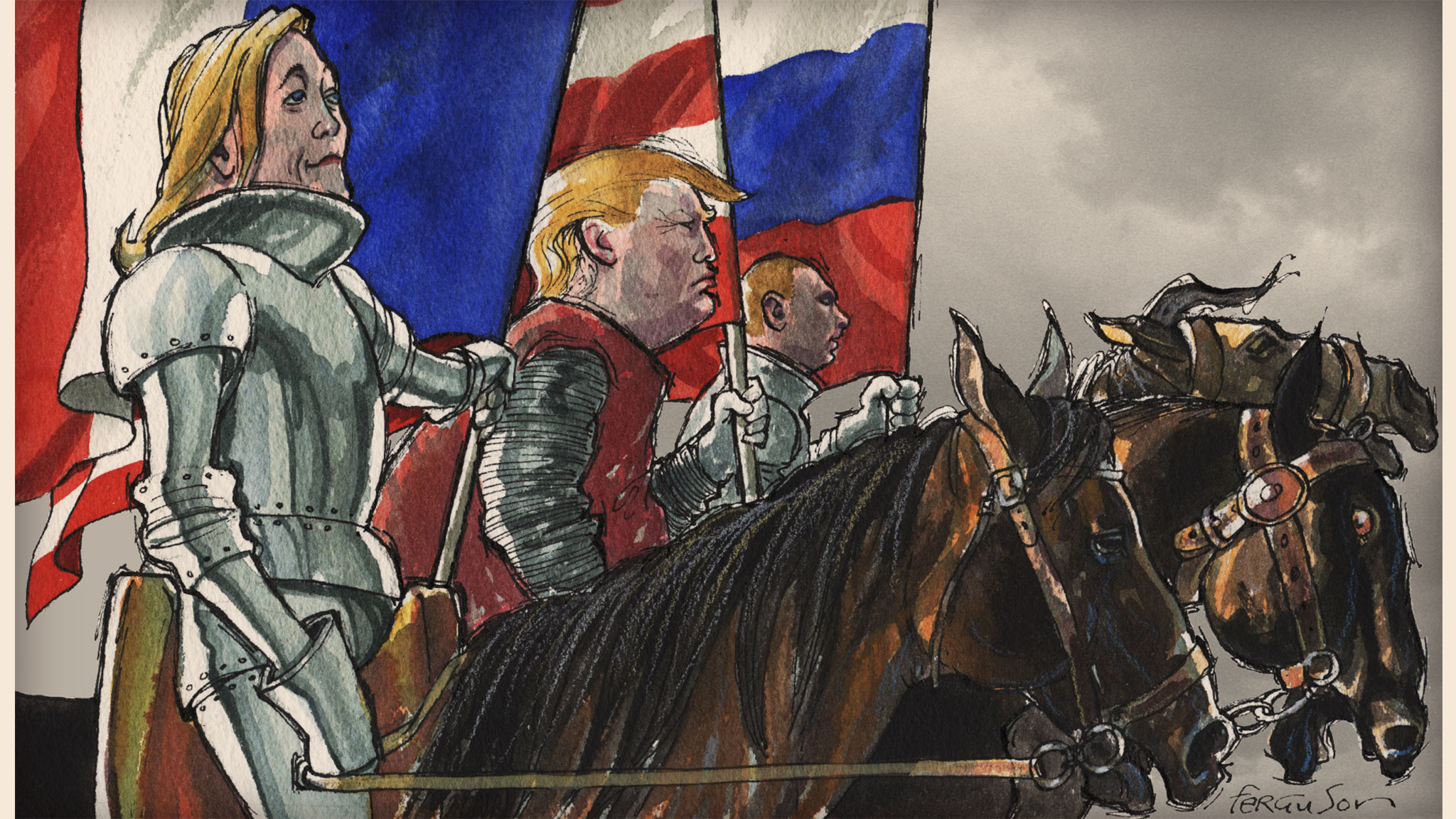 So when we talk about immigration, xenophobia, or racism as causes of the Trump win, we need to remember that these are second order causes–people are more xenophobic and racist right now because they have lost confidence in the governing economic ideology and in the political parties and institutions that continue to maintain that ideology. The neoliberal parties and politicians told them that free trade and open borders would produce economic benefits that they don’t feel they are receiving. Consequently they are challenging that establishment. The trouble is that they have misidentified which neoliberal policies are responsible for the current economic situation, and that has led them to produce economic arguments for policies which, to neoliberals and left egalitarians, look straightforwardly racist and xenophobic.

Trumps and Farages and Le Pens were not especially politically competitive in the 80s and 90s because during this period neoliberal economic policy appeared to be successful at delivering widespread prosperity. When working class white people in America and Europe feel they are economically benefiting from immigration and diversity, they are much less hostile to it. The breakdown in prosperity post-2008 has led these people to question everything about the neoliberal economic and political order. Their conviction that change is necessary makes them open to any political movement that can present a compelling story of what the problem is and how it is to be solved. The right nationalist narrative is very simple and strongly appeals to people who haven’t been to university and don’t have a highly sophisticated understanding of the global economic and political system. College-educated liberals don’t interact with many of these folks (in part because growing economic stratification ensures they live in separate communities) and don’t realize how many of them there are.

Center-right neoliberal politicians have aided and abetted right nationalism by responding to the economic crisis with austerity measures which intensify and prolong economic suffering, eliminate jobs, strangle wage growth, and hurt public services. They have been happy to casually appeal to the public’s hostility to immigrants to win votes and allow themselves to remain in office, where they can continue shredding the social programs that are necessary to perpetuate public confidence in the ideology they are trying to defend. In Britain and America in particular, large segments of the neoliberal establishment took to immigrant bashing as a rhetorical tool. They did not intend to meaningfully restrict immigration, but they used anti-immigration sentiment to build support. Think about David Cameron’s unkept promise to reduce net migration in Britain to a specific target, or the many Republican presidential candidates and members of congress who claimed they would control the borders and deny amnesty to undocumented workers. This short-term electoral tactic fed right nationalist movements and hastened the demise of these establishments within their own parties, which have now been largely taken over by right nationalists and those neoliberals willing to capitulate to right nationalism.

At the same time, the neoliberal left has done everything it can to thwart the efforts of left egalitarianism to gain a foothold as a genuine alternative solution. The Blairites in the Labour Party did everything they could to prevent Jeremy Corbyn from becoming leader of the party, and in the year since his victory they have consistently sought to undermine his leadership. Clinton supporters in the Democratic Party similarly did what they could to prevent Bernie Sanders from winning the Democratic primary.

With the center-right inadvertently helping the right nationalists and the center-left doing everything it can to thwart the left egalitarians, we are in a situation in which right nationalism is considered the only credible alternative to neoliberalism. People feel they have no choice but to accept it if they want things to change. This, in combination with its simple, easily comprehensible message, makes it very attractive as a response to the collapse of public confidence in the system. Right nationalist politicians can easily use populist rhetoric to encourage people to believe that the problem is not right wing policy, but foreigners, immigrants, and minorities without facing meaningful resistance from the left.

The liberal commentators who view immigration as a non-economic issue, who think of it exclusively as a cultural or social issue grounded in racism and xenophobia alone, are engaging in racial and cultural reductionism. They are not analysing the causes of rising racism and xenophobia in our society in a sophisticated way, in large part because they view racism and xenophobia as moral vices rather than systemically produced beliefs. When they do discuss why people seem to be getting more racist or xenophobic, they assume it’s due to a discomfort with diversity. But this fails to ask why people dislike diversity–it’s because they associate it with economic stagnation rather than prosperity. As western societies have become more diverse, they have also become more stratified and stagnant. That correlation leaves people open to misleading right nationalist arguments and makes them question whether diversity is really right for them.

If we want people to embrace diversity, we have to show them that diversity is good for them. We have to deliver economic prosperity to them even as diversity increases. If we don’t do that and we don’t give them a credible alternative to right nationalism, they will indeed become more racist and xenophobic–but for economic reasons. We need to see economics and racism as part of an integrated system. If we want to break right nationalism, targeting race first treats the symptoms and not the disease. We have to get at the underlying problem–a total collapse in public confidence in our economic system. If we cannot restore confidence or bring about the triumph of a political movement that can deliver positive change, we leave our people in the hands of thugs who don’t know what they’re doing. The longer it takes us to figure this out, the more electoral success the right nationalists will have.