The Immense Political Insight of The Land Before Time III: The Time of the Great Giving

Were you fortunate enough to see The Land Before Time III? The direct-to-video sequel to the original Land Before Time came out on VHS in late 1995. I re-watched it recently, and I think it has better political commentary than most of what I’ve read over the past couple months. Here’s why.

Like all the Land Before Time films, The Land Before Time is about a group of young dinosaurs growing up in “the Great Valley”, a paradise where food and water are plentiful and predators are few. Of course, a utopian valley doesn’t provide much drama. So every film has to open with something coming along and disrupting the happy lives of the dinosaurs who live there. In the case of Land Before Time III, it’s a drought:

But when the supply of food breaks down, our gang’s parents get tribal. Cera’s father, Daddy Topps, is invariably the first to resort to racial stereotyping. When the dinosaurs construct a rationing system to preserve the water, Daddy Topps accuses the other species of dinosaur of wastefulness:

Hmph! Three-horns never use water unwisely, but your herds do…You drink greedily with no concern for others.

The rationing system becomes species-based, with each herd of dinosaurs receiving a fixed time slot to access the watering hole. Daddy Topps appoints himself the rule enforcer. He even gets his own song:

As he puts it:

When life is tough, you gotta be tougher. If you wanna stay alive, when the trail gets rough, you gotta get rougher. To help your family survive, you can run around in circles. Wondering what to do, someone’s gotta be the voice of reason. Is it you, or you, or you? When things around us are going bad, we all better be strong. We could lose everything we have, if this goes on too long. Don’t stand around here talking! I say that’s not enough. No tears, no sighs, don’t close your eyes. We gotta stand tough. I used to hear my father say, “Stand and fight, don’t run away.” He made me what I am today. I’m here. And I’m tough. When times are hard, you better be harder. You don’t know what’s in store. You think you’re smart? You gotta be smarter than you ever were before. You say I’m mean, you say why bother? Well, I have a daughter and I’m her father. I’m gonna make sure we all have water enough, that’s why I’m tough. I’m standing tough! We’ve got to stand tough! You don’t like it? Tough.

In practice, this means Daddy Topps threatens to gore other species of dinosaur with his horns whenever he thinks they are drinking too much or too often.

Our gang has a conversation about how grumpy Cera’s dad is:

Cera: Oh! What are we gonna do about the grown-ups, Littlefoot? They’re acting like babies!

Cera: And it’s all the Thundering Falls’ fault too! If we had more water, this wouldn’t be happening.

Littlefoot: Water! If we find some, the grown-ups will stop being mad.

Cera: Maybe. Except for my dad. He’s always mad.

Littlefoot: Yeah, he is kind of grumpy. But I’m sure it’s just because he’s so worried about the water.

Notice that line at the end? Even Littlefoot is aware that Daddy Topps’ anger and racism stems from fear. Daddy Topps feels his family is in a precarious situation, and he responds by becoming controlling and hostile. Littlefoot doesn’t take what Daddy Topps says to heart. Instead, he focuses on the material causes of Daddy Topps’ behavior. This remains the case even after Daddy Topps labels Littlefoot a “bad influence” and tells Cera not to play with him anymore.

When they are safe from the fire, our gang tells their parents about the water they found. As it turns out, a meteor diverted the river that flows into the valley. The dinosaurs needs to go and fix it, but to do this they have to leave the Great Valley, undertaking a perilous journey through “Mysterious Beyond”. But now that they have a constructive solution, the dinosaurs are once again able to cooperate across species lines. Even when they are attacked by a group of raptors, Daddy Topps and Littlefoot’s grandparents work together to repel the threat.

Though the water supply is restored, the fire still burned much of the food in the valley. But the dinosaurs are able to share the remaining food in a cooperative way. They call it “the time of the great giving”.

Throughout these movies, stressful conditions invariably produce racism from Daddy Topps. In The Land Before Time V, he tries to split the herd up in response to a famine. When the gang runs off to find food and put an end to that conflict among the parents, Daddy Topps blames Littlefoot:

Daddy Topps: This is all your fault, long neck. My daughter is gone and I blame that boy of yours.

Daddy Topps: Well, because…Because I have to blame somebody, don’t I?

In The Land Before Time VI, he blames a series of bad luck events on visiting long-necks. But even after he is incredibly rude to one of the visitors, Grandpa Longneck says:

Don’t mind him. He’s a good sort, once you get to know him.

The Land Before Time understood something we do not. Daddy Topps says angry, racist things because he is afraid. He is afraid because he is a single dad, raising his daughter alone in a dangerous world where everything good is precarious. The series unflinchingly opposes Daddy Topps’ racism while showing him immense compassion. The dinosaurs all recognise that the way to deal with Daddy Topps’ racism is to deal with the things that are terrifying him. If he’s doing racist stuff, it’s because he’s worried that his daughter won’t have enough water, the solution is to get him water. Yelling at him won’t make anything better. Indeed, part of the reason Daddy Topps does racist stuff is that yelling and fighting are all he knows. As he says in his song, his father said “stand and fight, don’t run away”.

There’s a B-plot in The Land Before Time III. Throughout the movie, our gang is harassed by a group of bullies led by a Hypsilophodon called “Hyp”. Hyp even gets his own song–a song I’ve always found useful for teaching realist international relations theory to undergraduate students:

Eventually, the gang discovers that Hyp bullies them because Hyp’s father bullies Hyp. At the end of the movie, Daddy Topps is able to see his own flaws in Hyp’s father:

Hyp’s Father: Hyp! Here we are chasing after you, when we should be finding a way to free the water! I thought I told you to stay where it was safe! Don’t look at me that way! I’m your father, and I know what’s best for you!

Daddy Topps: Yelling is no way to teach your child what is right, or to show that you care.

Hyp’s Father: How would you know?

Daddy Topps: I know because… Because I have a daughter, and I yell at her, too much. Especially when I’m worried for her safety.

Cera: You don’t have to worry about ME, Daddy.

Daddy Topps: If you always react with anger, that’s all your son will know, and that’s all he’ll be able to express to others.

Daddy Topps: I know now that we can’t live together that way, with such anger between us. Our kids found water because they worked together. Now we must work together too.

Today, our discourse is dominated by those who want to fight fire with fire. Too many want to judge the judgers and yell at the yellers. But ultimately, this too is a fear-driven response. If you’re scared of racism, fear-driven forms of anti-racism will further entrench division instead of alleviating it. The more we build a society where everyone is scared of everyone, the harder it is to cooperate with one another to solve common problems.

We have to address the real causes at the root of the fear–the precarity. At a time when there is economic instability and rapid cultural change, many people feel their lives are out of their control. We have to give people some level of stability. Unfortunately, our economic and political system is committed to rapid economic growth, even when it’s unsustainable and causes a lot of fear and unhappiness in ordinary people’s lives. We have to address that system and its flaws before the fear will go away. And as long as there is fear, there will be division and hatred.

This was culturally known to us in 1995. Somewhere along the way, we all became too afraid to remember. 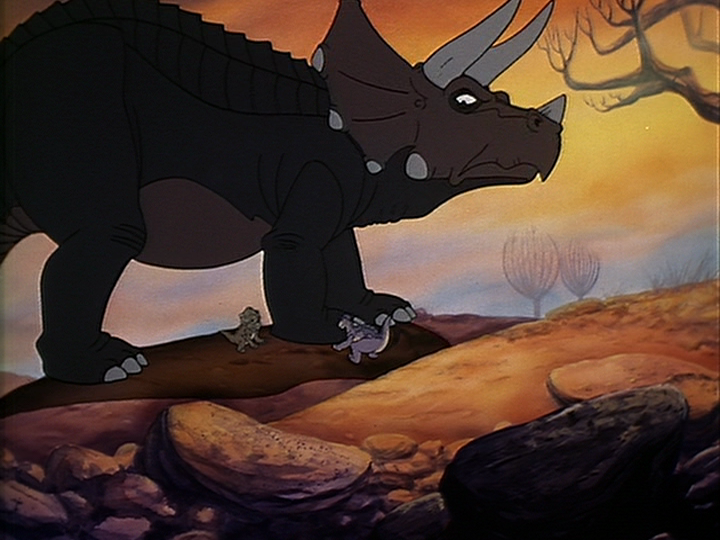