It’s been more than a month since British Prime Minister Theresa May told the British people that her deal was the best they were likely to get, and they still don’t believe her. In theory, Brexit can end one of four different ways:

4A: May extracts further concessions from the EU, increasing British policy independence while retaining economic access to Europe.

4B: A general election produces a Labour government, and then Jeremy Corbyn extracts further concessions from the EU, accomplishing the same result as in 4A.

The problem is that #4 is not possible in either its A or B form, but nearly everyone in British politics operates under the delusion that it is. 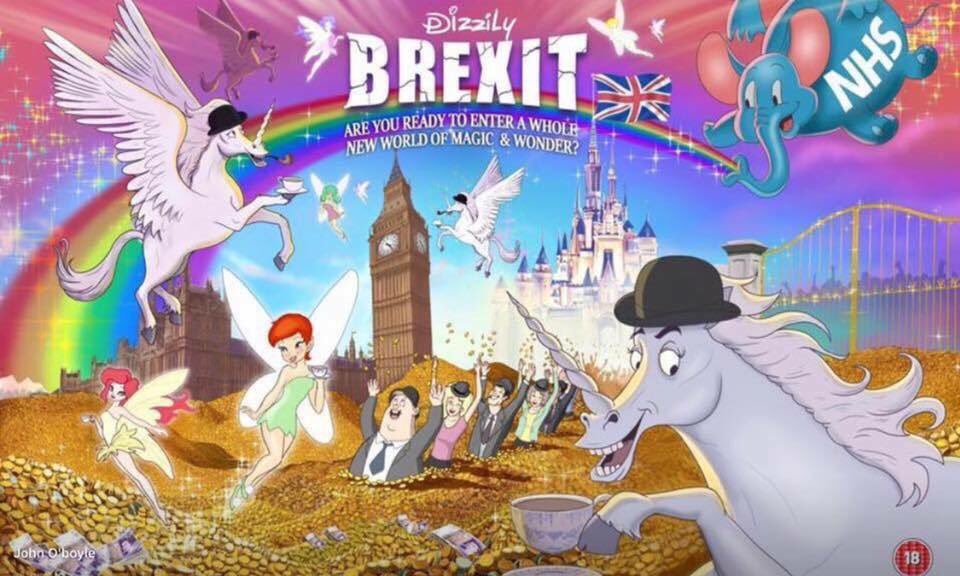 Fantasy Brexit cannot happen for a number of reasons. First, a general election is obstructed by two things:

This takes 4B off the table completely. But 4A is also impossible, because May was right when she said that she could not secure a better deal. The EU is determined to make Britain leave on unfavourable terms, because the EU wants to make an example out of the UK to deter other European states from copying it, and because the EU still holds out hope that if it makes things hard enough, Britain might opt for a second referendum. So the EU will not offer Britain some kind of cushy Canadian or Norwegian arrangement. Pointing out that the EU has made these arrangements with Canada and Norway in no way establishes any political willingness on the part of the EU to make such an arrangement with the UK in this political context–a context in which the UK is leaving, and in the process undermining the European project.

Fantasy Brexit cannot happen, but there are still so many people who want to believe it can happen. Jeremy Corbyn still believes he can get a general election and negotiate a better deal. At 69, he doesn’t have many opportunities left to become Prime Minister, and he will exhaust every apparent opportunity, no matter how illusory. Many of the Conservative backbenchers who attempted to remove May through a leadership challenge still think a different Conservative PM could find the fantasy deal May could not locate. Because these people still want Fantasy Brexit, they are unwilling to choose which of the other three options they prefer. This prevents a political consensus from forming around any one of the three options. What we have are three rump camps:

For different factions, a different one of the three options is unacceptable. May tries to frighten each faction by appealing to the possibility that its worst case scenario might happen. She tells the Corbyn Core that she cannot swear off the possibility of no deal Brexit. She tells the Mogg Maniacs that if they don’t support her, they may get no Brexit at all. She hopes to use no deal to intimidate the former and the second referendum to intimidate the latter. 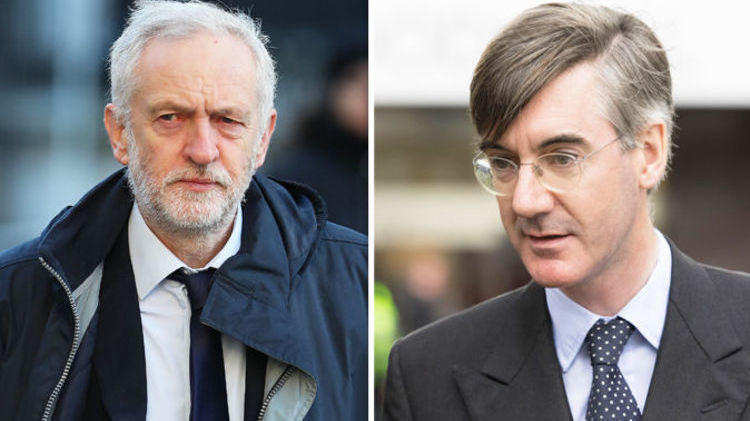 Ultimately, May probably doesn’t have the votes within her own party to deliver the deal. Even if she intimidated 100 rebellious Conservative MPs, she’d still be well short of where she needs to be. Indeed, even if she got every single Conservative MP, she’d still need the DUP, and the DUP is especially reluctant to support the May deal because of the way it creates the possibility of trade barriers between Northern Ireland and the rest of the UK. So May’s deal cannot happen without the acquiescence of some Labour MPs.

However, Corbyn doesn’t have the votes within his own party to deliver a second referendum. There are a significant number of Labour MPs who really do prefer the May deal, and Labour doesn’t have a majority in parliament to begin with. It could get help from the Lib-Dems and SNP, but this isn’t enough without either the DUP or some number of Conservative MPs moving to support second ref.

Of course, the real beneficiary in this game is the EU. The more time Britain expends trying to figure out its position, the closer we come to the deadline. If there is no agreement on one of these options by then, the deadline can only be extended if the EU is willing to accommodate the UK. The EU isn’t likely to do this unless it expects that the extension will result in the UK acting in a way that pleases the EU. This means that the fact that the EU would prefer Britain opt to remain with a second referendum is significant. Those hoping to get a second referendum can expect the EU will give them the time they need to get this done. But the EU may not be willing to give May more time to find the votes for her deal. It is all too willing to kick the UK to the curb with no deal, and the number of MPs who prefer no deal Brexit–or even find it tolerable–is not large.

The second referendum contingent is significantly bigger, and it knows this. It also knows that the EU is sympathetic to its position. It has a lot of reasons to hold out and deny support to May’s deal. Some number of Conservative MPs will return to May’s fold in a bid to stop a second referendum, but without the DUP the deal cannot pass, and the EU has likely used the Northern Irish backstop to insert a poison pill into the deal which kills it for the DUP. 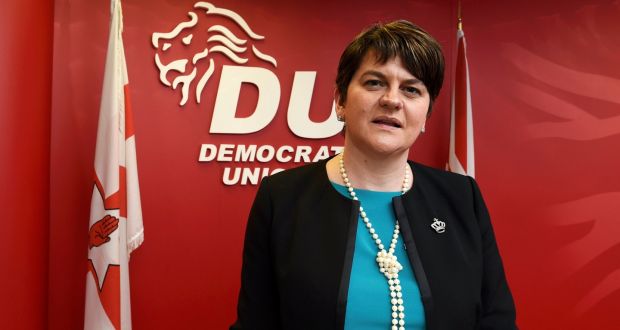 May tells the Corbyn Core it’s a choice between her deal and no deal Brexit. She tells the Mogg Maniacs it’s a choice between her deal and a second referendum. But implicit in her double game is a third possibility–that her deal cannot pass, and the choice is between no deal Brexit and a second referendum. May must, of course, completely deny this. But if this is the choice, then sooner or later it will be May who must go in a new direction. The problem is that for May, both these options are political suicide. No deal would wreck Britain’s economy and usher in a Labour government. A second referendum would make May a traitor and a scoundrel in the eyes of her own party and end in her removal. So she holds to the deal and hopes her double game rescues her from oblivion, pushing things ever further and increasing the anxiety and nervousness not merely of her opponents but of the British people more broadly. “Strong and stable” indeed.

Corbyn’s situation is more straightforward. If he is seen to permit no deal Brexit, or if he capitulates and supports May’s deal, he would be a traitor and a scoundrel in the eyes of the 86% of Labour Party supporters who want a second referendum, and he’d likely face a leadership challenge from one of the Labour MPs who is closely associated with People’s Vote, like David Lammy. So once Corbyn really, truly comes to terms with the reality that he is not going to be PM this year, he must choose between supporting second referendum and undoing all the work he’s put in dragging the Labour Party to the left. 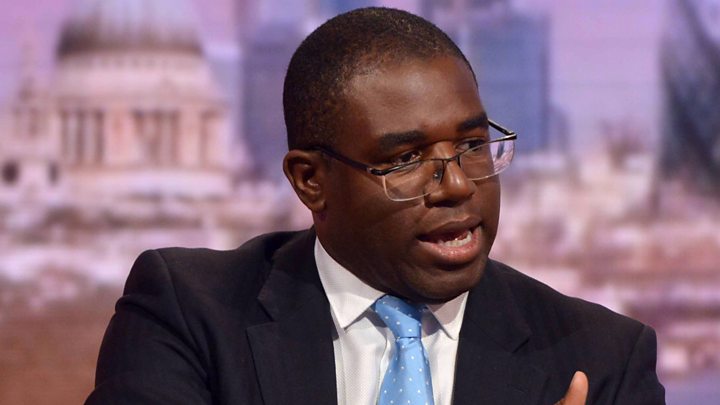 Thus Corbyn–unless he is suicidal or delusional–should eventually, with much reluctance, come out for a second referendum and begin pressuring the remainers in the Conservative Party to come out in support of it. If he does that and holds to it, May will have to decide between permitting the second referendum or attempting to terrify the country into voting for her deal by holding no deal Brexit over everyone’s head like the sword of Damocles. If she takes that route, she risks losing Conservative MPs unwilling to gamble with the country’s future. They would never pick no deal Brexit, but if the opposition offers them a second referendum they might take it. May might find that in a bid to force new MPs to support her deal, she loses some of her extant supporters to a second referendum. The continued support of the Ken Clarke faction is far from guaranteed.

Corbyn cannot get a majority for a general election, but he can get a majority for a second referendum, if he commits himself to it and leads on the issue. His only alternative is to align behind the May deal or permit others to do so, and those courses of action would probably end his career ignominiously. This is where I still think things are going, even if it’s taking some of our players a while to see the board.