Why I Like Thomas Hobbes and You Should Too

People are sometimes surprised to discover how much I love Thomas Hobbes. Hobbes is the political theorist who wrote Leviathan. He presents a pretty grim account of human nature–for him, people have conflicting desires in a world of scarcity, they don’t know each other’s intentions, but they do know that they can hurt other people and that if they do so other people will be intimidated and might not hurt them. We can’t share thoughts and feelings because each of us is stuck in a different body and words are vague and unreliable, so we’re always alienated from each other and always prone to conflict. Hobbes wants to live, and he wants everyone else to live too, so he proposes that we solve this problem by submitting to the state. The state protects us from each other, and once we’re protected a space for trusting other people opens up.

Most left-wing people hate this. They hate that Hobbes even presents an account of human nature in the first place, much less one so grim as this. They especially hate how powerful Hobbes makes his state–he only allows people to defy the state when it threatens their own lives, and while he’s willing to tolerate a sovereign parliament Hobbes certainly prefers monarchy, because in his view it’s less likely to lead to conflicts about where the sovereignty is, which could end in civil war and death. 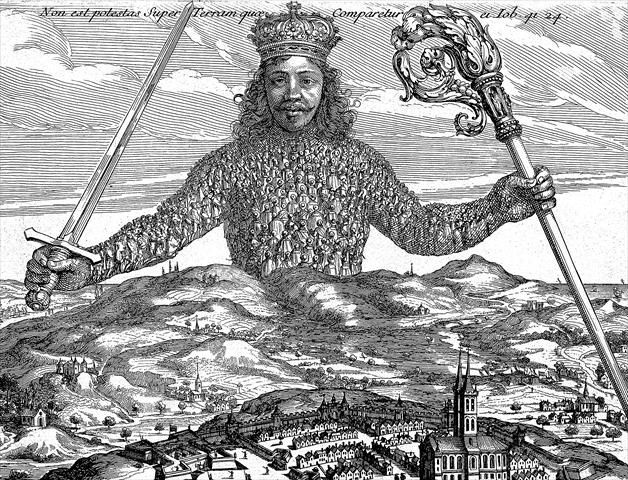 When I was in middle school, I liked Gandhi. I still like Gandhi, and I write about him sometimes. One time, in English class, we were told to read books and do some sort of project about them. Most students picked books out of the library that were roughly appropriate for 11 and 12 year olds. I picked Gandhi’s autobiography, The Story of My Experiments With Truth. I made this big timeline of Gandhi’s life, because I really loved Gandhi and I was a bit extra. I exceeded the assignment in my enthusiasm. I think some of the other kids thought I was trying to show them up and make them look bad. It was an honors class, and honors students are academically territorial. Their identities are bound up in being smarter than other people, and when this is threatened they get mean. In our elementary schools, we were all smart kids. In a middle school honors class, we couldn’t all be the smart kid. Our desires necessarily conflicted. They told the teacher I should be punished for making the timeline. After that there was bullying. I tried to do what Gandhi told me to do–fearlessly hold onto truth. I refused to believe I deserved it. I tried not to respond in anger and to show them the truth through my actions. But when you believe you’re morally superior to everyone because you have the truth and they don’t, you tend to be more than a little condescending and judgemental. Gandhi himself was that way, and when you try to be like Gandhi you end up being a bit that way too. I mean, look at Kanye West–his upcoming album is entitled “Yandhi” for a reason. As often as not, imitating Gandhi made things worse.

One day was worse than the others had been. By this point I was having a hard time getting myself to go to school. We were midway through the day. There was a “Let’s Kill Ben” song, and they’d just sang it at me. I sat down next to this girl. She started kicking me under the table. I told her to stop. She denied she was doing it. Maybe it was in my head? But I thought she’d never stop doing it. I thought it was going to continue all hour. I couldn’t know her intentions. But you know what I could do? I could hurt her. And I did–still seated, I flailed at her with my right leg and my right fist. I didn’t totally connect and there wasn’t much damage. But in that moment, my intention was to hurt her as badly as I possibly could.

The teacher pulled me out of class and yelled at me, promising me I’d be suspended. I was sent to the office. I never got in trouble in school. I wasn’t that kind of kid. I spent the next several hours crying in front of the Vice Principal and the guidance counsellors. I told them everything everyone did. I told them I didn’t want to go to school anymore and wanted to die. And you know what happened? They didn’t suspend me. I apologised to the girl in writing, and then the next day something amazing happened. The Vice Principal–this huge, 6 foot 4, extremely intimidating man–systematically pulled each of the kids who had bullied me out of class, one by one, throughout the day. I have no idea what he told them but they actually stopped. It finally stopped. The Vice Principal somehow, in the words of Hobbes, “kept them all in awe”.

I love Gandhi, and I still try to imitate him sometimes. But Hobbes kept me alive.

I’m now going to give you another argument for why we should like Hobbes–one that’s more overtly political. There are some people who think that in democracy, there’s something called “the people” which has a “general will” and an understanding of its “common good”. Some think that this “people” is a group of friends, committed to a particular way of life. Those who aren’t committed to that way of life aren’t part of the “people”. This is the kind of view we associate with someone like Rousseau or Schmitt. For these thinkers, the unity of the people precedes the state, which is why we can ask whether the state represents the people. If the state doesn’t represent the people, if it’s not committed to abiding by the general will or protecting the friends’ way of life, the people are meant to get a new state that will do these things.

Schmitt liked Hobbes, but Hobbes doesn’t think like this. For Hobbes, there’s no “people”. There is only the “multitude”–the fractious, disunited collection of human beings, each alienated from the rest by the space between skulls. The multitude creates the state to protect each of its members from the others, not to represent its will or way of life. Hobbes understood that groups of people don’t have wills. Individuals do, and individuals will use concepts like “the people” or “representation” to claim to speak for others, but ultimately we are doing what particular people will, not what “the people” wills. For Hobbes, the sovereign–whether it’s a legislature or a monarch–is the person who personates the state, who gives it a face and a will.

If you think we live in a world full of “peoples” with incommensurable ways of life, that’s going to produce a set of divisions that you’re going to have to take seriously. People claim we’re divided by religion, race, culture, language, ethnicity, nationality, ideology, all sorts of things. They associate ways of life with different combinations of these things, and they want a state which exists to represent the “people” who follow these ways of life. This kind of politics is very theological. Schmitt didn’t think politics had to be grounded on explicitly religious ways of life, with particular states representing particular people with particular sets of religious convictions. But he did think there needed to be something in that spot. We might think our way of life is about being left-wing, or being white, or speaking English, or what have you. But this stuff is simply substituted for the church in Schmitt’s theory. The state is fused with the church, the church just isn’t Christian anymore. Democracy becomes about defending the way of life of a group of religious adherents, even if they fear no god. The “people” can be said to have a will because they follow the same faith which commands them to live the same way.

I wrote The Left is Not a Church in part because this isn’t what I want politics to be. Unless and until we develop technology that allows us to share our thoughts and feelings and overcome our subjectivity, we are always going to believe different things, have conflicting desires, worry about other people’s intentions, and consider using violence to solve our problems. Schmitt thinks that politics necessarily involves the real possibility of religious killing. I don’t want to die, and I don’t want other people to die. We don’t live in Asimov’s Gaia and we’re not Netflixian sensates, at least not yet. We need the state.

That doesn’t mean I want a legislature or a monarch with absolute power. But I want a state of some kind, with institutions that show equal concern for the inevitably different interests of its citizens and which are capable of dynamically adapting and responding to new, unforeseen problems. Most importantly, I want us all to reject the manipulative categories people use to tell us that we can only live in theocratic democracies in which the united people’s quasi-religion is represented by the state institutions. Their main purpose is to get us to affirm political division as natural and necessary and to support dividers. These dividers make us live in a world where there is conflict and competition among nation-states, just as there is conflict and competition among individuals. In their pursuit of unity at home, they push us into violence and imperialism abroad. And the “unity” they seek at home is a false unity. We will never be united enough for the Schmittians, and we’ll keep finding new internal enemies and violently excommunicating them.

Once we see that there are no peoples and only the multitude, we realise that it really is possible, with good political institutions, to create a political union which protects us all from each other. Indeed, this is not only possible–it has in part been done before. The Roman Empire was infamously grounded on slavery and sexism, but it also had no concept of race, no concept of nationality, accommodated believers in all sorts of different gods, and showed concern to people all across its territory by giving them legal standing and even citizenship. Its emperors weren’t all from Rome–there were emperors from Africa and Spain, Syria and Gaul, Italy and Greece. It wasn’t until monotheistic, exclusive religions emerged and became embedded in the Roman state that European political thought became enmeshed in theological questions.

Scrap the slavery, the old chattel kind and the new wage kind. Substitute the princeps for a federal parliament. Add some Nancy Fraser-style feminism. Give every single person citizenship. Automate lots of stuff and distribute the benefits widely. Give every person Aristotelian leisure.

We won’t build it in 2020. But this is where we could one day go, if we stopped reading Schmitt from the left and started reading Hobbes that way.

That’s why I like Hobbes, and that’s why each year at Cambridge I’ve been happy to teach him to our students. I teach Schmitt too, of course. We don’t all agree in political theory–some might say it’s a bit multitudinous. I don’t mind that one bit. Why? Because I know the state will protect me from the people who really like Schmitt, as long as the people who really like Schmitt never get their hands on it, and I think we can beat them politically if we get the strategy and tactics right.

I’ve been bullied enough in my life to know that you can never be sure other people will always regard you as one of the “friends”, especially if you have this nasty habit of imitating Gandhi and being stubborn about the truth. When you start acting like you’re Plato and you’re here to rescue everyone from the cave, people don’t like that. If there are “peoples”, I’m not in one. So to stay alive and one day thrive, give Hobbes’ book a lefty revive.