9 Rules For Living in Sad Times

In reading Nathan Robinson’s piece on Jordan Peterson, I was struck by something Robinson said:

But here the left and academia actually bear a decent share of blame. Why is Jordan Peterson’s combination of drivel and cliché attracting millions of followers?…Who else has a serious alternative? Where are the other professors with accessible and compelling YouTube channels, with books of helpful advice and long Q&A sessions with the public? No wonder Peterson is so popular: he comes along and offers rules and guidance in a world of, well, chaos. Just leave it to Dad, everything will be alright.

I’m a left wing academic! This is in part my fault. I’ve been writing all these pieces about politics, but I haven’t tried to help people figure out how to live. Why haven’t I? Robinson himself threw together a bulleted list of “principles of living“, but it’s mostly for laughs. Robinson self-identifies as a libertarian socialist–he doesn’t want to tell people what to do. Most lefties feel queasy about paternalism. We’re reluctant to lead people because we want people to lead themselves. Well, no more. Today I’m going to take a stab at life-coaching. After all, I live one of those carefree academic lives at a fancy university–I must have done something right. 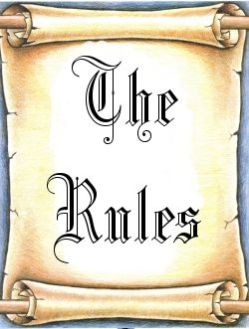 As we all know, good life advice is given in bold numbered lists.

I. Recognise the Situation

From the time we Millennials were small children, everyone has told us we would be able to get satisfaction from our jobs. The problem is, this isn’t true. Most jobs are lame. They don’t let you self-actualise. The economy creates three kinds of jobs:

The economy creates a certain number of servile jobs, vulgar jobs, and cool jobs. There are many more of us than there are cool jobs. Most of us are not going to get them, even if we try hard and do everything right. Lots of good, hard-working people will have no choice but to take vulgar or servile jobs. This is the situation. It’s crummy. If you’re in the market for life advice, it’s probably because you don’t have a cool job. There are a few ways to respond to not having a cool job, and they comprise the next three bold rules.

You can keep trying to get a cool job. You can read self-help books about how to get one and hope that you get lucky and somehow you beat out the millions and millions of other people who are also reading self-help books in the hopes of learning something that will help them get a cool job. Some people will get lucky, if they try long enough and give themselves lots of chances. Most won’t, but some will. Try to be in the “some” if you can, without losing sight of the situation.

You can try to change the way the system works so that it produces more cool jobs or produces some alternative to work which enables you to do the things you would like to do if you had a cool job. This is what left-wing politics is about–trying to increase the number of people who can spend large parts of their lives doing cool things instead of vulgar or servile things. It’s about making a better system for ourselves and future generations, so that the situation stops being so crummy.

You can find other things to care about. The thing is, you don’t want these other things to be lame, like your race or your gender or your nationality or your ethnicity. That stuff is arbitrary, and if you try to satisfy yourself with it you’re never going to get anywhere. It’s the big mistake the far right makes–their jobs aren’t cool, so they retreat into lame clubs which are all about excluding other people for no reason. If you’re going to find something else to care about, it should be something cool, like “being a good parent” or “being a good partner” or “being a good friend”. Ideally you mix these things together and be lots of good things to lots of different people. If you’re good to people, they’re more likely to care about you, and if you feel cared about by other people your life will start to feel important and meaningful.

If you’re not good to the people around you, they won’t be good to you, and if they’re healthy they won’t stick around. You won’t be able to build meaning with them, and what meaning you do build won’t last. The political movements you join won’t succeed if everybody is in-fighting because everybody is trying to exploit each other. Nobody is going to want to give you a cool job if you aren’t cool to be around.

By the same token, don’t stick around people who exploit you. When you’re good to a person who isn’t good back, it doesn’t make you feel your life is important or meaningful–it makes you feel like nothing you do is good enough for that person. Either you resent them, or your resent yourself. Either way, it’s a bad situation. Get out.

The world has always been like this. There have always been a mix of servile, vulgar, and cool jobs. Every generation has been stuck in this situation and has had to try to both navigate it for themselves and improve it for those to come. Humanity was born naked and afraid on a rock full of bears with nothing but sticks. We’ve improved the situation a lot since then, and we’ll improve it a lot more in the years to come, but in the meantime many people aren’t going to find the cool jobs and they aren’t going to be able to diversify their lives because, for various reasons to do with their upbringing, they’re going to break rules V and VI. A lot of people are going to end up unhappy, but it’s not their fault. Don’t blame them. Don’t shame them. Help them, if you can do it without breaking rule VI. It might help you fulfil rule IV.

VIII. Stay Friends with Yourself

Everybody tells you stories about how bad you are, because everybody breaks rule VII. But if you start to believe them–if you think you’re to blame for everything wrong in your life–it’s not going to help you fix anything. It’s just going to make you hate yourself. People who hate themselves don’t get anywhere. Liking yourself is the foundation of all the other meaning in your life. If your job is cool, it’s because it gives you the space to express the parts of you that are cool. If you diversify your life successfully, it’s because the people you’re being good to appreciate the things you do which come from the ways in which you are cool. Remember that you have cool qualities, and those cool qualities don’t go away just because the situation doesn’t give you an opportunity to express them. That doesn’t mean we refuse to be self-critical. It’s important to check ourselves to make sure we’re being good to other people, and it’s important to listen to other people when they feel we haven’t been good to them. But when we’re self-critical we want to go after the bad things we’re doing–we don’t want to make it about who we are. Hate the sin, love the sinner, even when you’re the sinner. When you fail, it happens. Don’t make it about you, but don’t give up, either. Just keep trying.

If you don’t, you break rule VI, and you deprive yourself of opportunities to follow II, III, and IV.